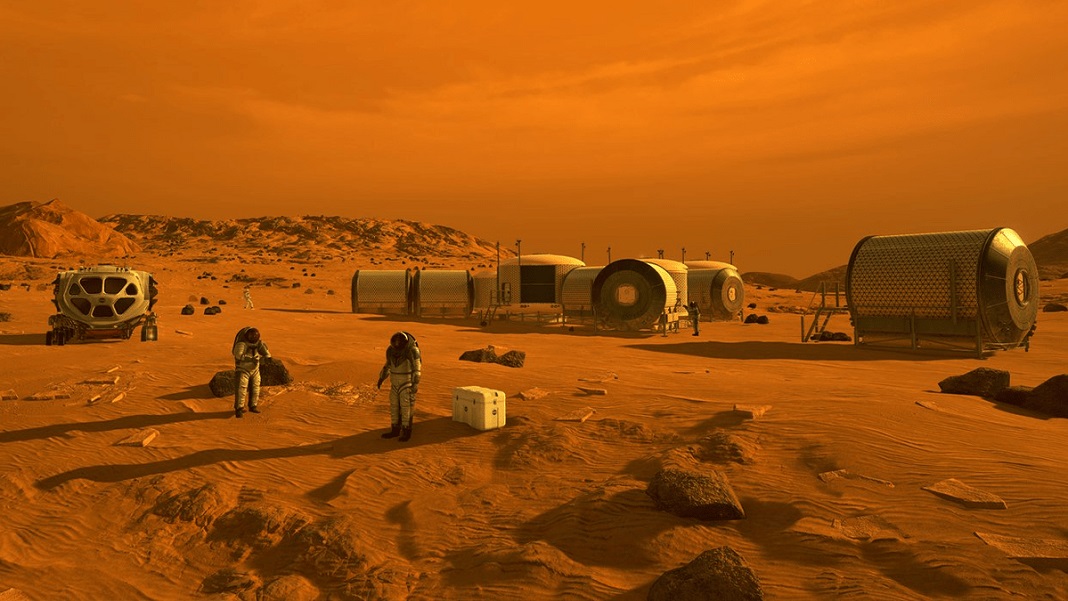 While getting humans to Mars is likely to be one of the grandest challenges humanity has ever undertaken, getting them back could be even tougher. Researchers think sending genetically engineered microbes to the Red Planet could be the solution.

Both NASA and SpaceX are mulling human missions to Mars in the coming decades. But carrying enough fuel to make sure it’s a round trip adds a lot of extra weight, which dramatically increases costs and also makes landing on the planet much riskier.

As a result, NASA has been investigating a variety of strategies that would make it possible to produce some or all of the required fuel on Mars using locally-sourced ingredients. While the planet may be pretty barren, its atmosphere is 95 percent carbon dioxide and there is abundant water ice in certain areas.

That could provide all the ingredients needed to create hydrocarbon rocket fuels and the liquid oxygen needed to support combustion. The most ambitious of NASA’s plans would be to use electrolysis to generate hydrogen and oxygen from water and then use the Sabatier reaction to combine the hydrogen with Martian CO2 to create methane for use as a fuel.

The technology to do that at scale is still immature, though, so the more likely option would see methane shipped from Earth and oxygen generated in place using solid oxide carbon dioxide electrolysis (SOCE). That would still require 7.5 tons of fuel and 1 ton of SOCE equipment to be transported to Mars, though.

Researchers from the Georgia Institute of Technology have outlined a new strategy in a paper in Nature Communications, which would use genetically engineered microbes to produce all the fuel and oxygen required for a return trip on Mars.

“Carbon dioxide is one of the only resources available on Mars,” first author Nick Kruyer said in a press release. “Knowing that biology is especially good at converting CO2 into useful products makes it a good fit for creating rocket fuel.”

While it is possible to get these microbes to produce fuels themselves, they are fairly inefficient at it. So instead, they will be fed into another reactor where enzymes will break them down into simple sugars, which are then fed to genetically modified E. coli bacteria that produce a chemical called 2,3-butanediol.

On Earth this chemical is primarily used to make rubber, and burns too inefficiently to be used as a fuel. But thanks to Mars’ low gravity, it is more than capable of powering a rocket engine there, and also uses less oxygen than methane.

“You need a lot less energy for lift-off on Mars, which gave us the flexibility to consider different chemicals that aren’t designed for rocket launch on Earth,” said Pamela Peralta-Yahya, who led the research.

The process also generates 44 tons of excess oxygen that could be used for life support. The one catch is that if the system was built with today’s state-of-the-art technology, it would require 2.8 times as much material to be delivered to Mars compared to the most likely NASA strategy.

However, once there it would use 32 percent less power, and resupply missions would only need to carry 3.7 tons of nutrients and chemicals rather than 6.5 tons of methane every time. And modeling studies suggest that by optimizing the biological processes involved and designing lighter-weight materials, a future system could actually weigh 13 percent less than the NASA solution and use 59 percent less power.

The biggest barrier at the minute might be the fact that current NASA regulations prohibit sending microbes to Mars due to fears of contaminating the pristine environment. The researchers acknowledge that they will have to develop foolproof biological containment strategies before the proposal could be seriously considered.

But if we want to make round trips to Mars a regular feature in the future, then it appears inevitable that we will need an approach that makes use of local resources. Given that microbes have already developed efficient ways for turning air and water into useful chemicals, it seems like a no-brainer to bring them along for the ride.