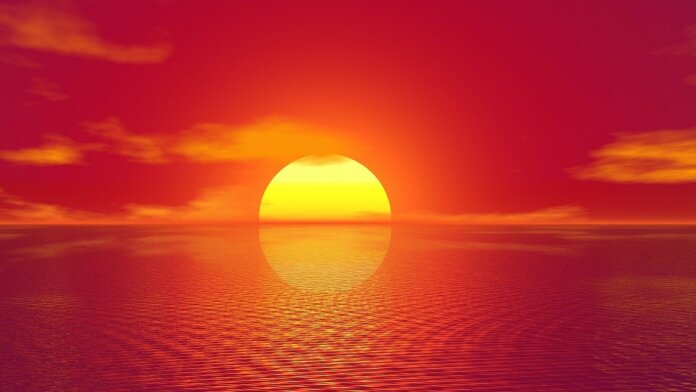 With the pace of emissions reductions looking unlikely to prevent damaging climate change, controversial geoengineering approaches are gaining traction. But aversion to even studying such a drastic option makes it hard to have a sensible conversation, say researchers.

Geoengineering refers to large-scale interventions designed to alter the Earth’s climate system in response to global warming. Some have suggested it may end up being a crucial part of the toolbox for tackling global warming, given that efforts to head off warming by reducing emissions seem well behind schedule.

One major plank of geoengineering is the idea of removing excess CO2 from the atmosphere, either through reforestation or carbon capture technology that will scrub emissions from industrial exhausts or directly from the air. There are limits to nature-based CO2 removal, though, and so-called “negative emissions technology” is a long way from maturity.

The other option is solar geoengineering, which involves deflecting sunlight away from the Earth by boosting the reflectivity of the atmosphere or the planet’s surface. Leading proposals involve injecting tiny particles into the stratosphere, making clouds whiter by spraying sea water into the atmosphere, or thinning out high cirrus clouds that trap heat.

In theory, this could reduce global warming fairly cheaply and quickly, but interfering with the Earth’s climate system carries unpredictable and potentially enormous risks. This has led to widespread opposition to even basic research into the idea. Earlier this year, a test of the approach by Sweden’s space agency was cancelled following concerted opposition.

But this lack of research means policymakers are flying blind when weighing the pros and cons of the approach, researchers write in a series of articles in the latest issue of Science. They outline why research into the approach is necessary and how social science in particular can help us better understand the potential trade-offs.

In an editorial, Edward A. Parson from the University of California, Los Angeles, notes that critics often point to the fact that solar geoengineering is a short-term solution to a long-term problem that is likely to be imperfect and whose effects could be uneven and unjust. More importantly, if solar geoengineering becomes acceptable to use, we may end up over-relying on it and putting less effort into emissions reductions or carbon removal.

This point is often used to argue that solar geoengineering can never be acceptable, and therefore research into it isn’t warranted. But Parson argues that both the potential harms and benefits of solar geoengineering are currently hypothetical due to a lack of research.

Rejecting an activity due to unknown harms might be justified in extreme circumstances and when the alternative is acceptable, he writes. But the alternative to solar geoengineering is potentially catastrophic climate change—unless we drastically ramp up emissions reductions and removals, which is far from a sure thing.

One way to overcome some of the resistance to research in this area might be to make the debate around it more constructive, writes David W Keith from Harvard University in a policy paper. And the best way to do that is to disentangle the technical, political, and ethical aspects of the debate.

Appraising the pros and cons of solar geoengineering involves many different fields, from engineering to climate science to economics. But often, experts in one of these areas will give an overall judgment on the technology despite not being in a position to assess critical aspects of it.

Therefore, experts should make sure to disaggregate their judgments into those that are based on their expertise and those that aren’t, says Keith. He also provides a taxonomy of concerns on which expert opinion would be useful, including the physical risks posed by solar geoengineering, the potential that it could be deployed unjustly, the possibility it could be weaponized, and the idea that it could prove a slippery slope to “climate enhancement.”

Making this debate more informed won’t only involve more studies into the technicalities of solar geoengineering. There also needs to be an expansion in social science research to assess what the benefits and drawbacks might be and where they will fall, write the authors of a second policy paper.

While rough estimates put the cost of implementing solar geoengineering at five billion dollars a year, the authors point out that this only covers engineering. Making sound decisions around deployment will also require detailed measures of the physical and socioeconomic impacts of solar geoengineering to assess its benefits and costs, both in different areas and over different timescales.

Unless the world develops a coordinated approach to deploying solar geoengineering, it will also be important to study the options and incentives that will govern the decisions of state or non-state actors to deploy it. This could give insights into the potential triggers for unilateral deployment and what might be done to discourage it.

Whether these calls for more research will be heeded is uncertain, but momentum does seem to be building. And given our lackluster progress on heading off climate change, it may be unwise to take any of our cards off the table.