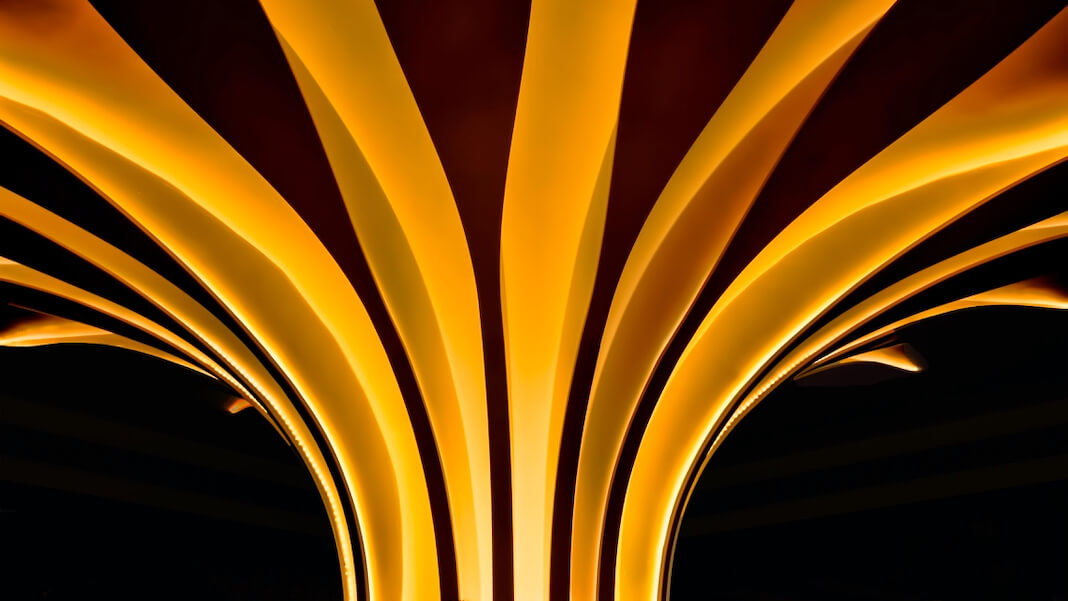 Can Digital Reality Be Jacked Directly Into Your Brain?
Adam Rogers | Wired
“The idea of uploading a synthetic experience into a mind has been a load-bearing member in science fiction for at least 75 years… But in real life (that’s what this is, right?), we’re a long way from a data port in the nape of every neck. Neuroscientists can decode the signal coming out of the brain well enough to move a cursor or a robotic arm, though they can’t achieve the fluid elegance of a biological connection. Signal going in is even trickier.”

Someone Just Bought a Strip of Virtual ‘Land’ for Over $2.4 Million
Shoshana Wodinksy | Gizmodo
“For that mega-investment, the firm got 116 virtual land ‘parcels,’ which adds up to about 6,090 square feet of land—a little larger than the size of your average basketball court. For reference, while prices for IRL plots of land vary wildly by state, some estimates put the average price per square foot in the US at around $123, meaning that the real-world equivalent of this purchase would have cost about $750,000, instead of…$2.4 million.”

Could One Shot Kill the Flu?
Matthew Hutson | The New Yorker
“Until recently, it’s been beyond the reach of molecular biology. But new technologies are extending our abilities, and researchers are learning how to see through the flu’s disguises. Without knowing it, we’re living on the cusp of a remarkable scientific achievement. One of the world’s longest pandemics could soon be coming to an end.”

Supercomputers Flex Their AI Muscles
Samuel K. Moore | IEEE Spectrum
“MLCommons, the industry organization that’s been setting realistic tests for AI systems of all sizes…released results from version 1.0 of its high-performance computing benchmarks, called MLPerf HPC, this week. …Compared to MLPerf HPC version 0.7, basically a warmup round from last year, the best results in version 1.0 showed a 4- to 7-fold improvement.”

Japanese Firms Will Test a Bank-Backed Cryptocurrency in 2022
I. Bonafacic | Engadget
“Japan is about to take a significant step toward developing a digital currency. Per Reuters, a consortium made up of approximately 70 Japanese firms said this week they plan to launch a yen-based cryptocurrency in 2022. What’s notable about the project, tentatively called ‘DCJPY,’ is that three of the country’s largest banks will back it.”

The UK Government Wants to Sequence Your Baby’s Genome
Grace Browne | Wired
“In October, the government announced that Genomics England, a government-owned company, would receive funding to run a research pilot in the UK that aims to sequence the genomes of between 100,000 and 200,000 babies. Dubbed the Newborn Genomes Programme, the plan will be embedded within the UK’s National Health Service and will specifically look for ‘actionable’ genetic conditions—meaning those for which there are existing treatments or interventions—and which manifest in early life…”

The Gene-Synthesis Revolution
Yiren Lu | The New York Times
“If the first phase of the genomics revolution focused on reading genes through gene sequencing, the second phase is about writing genes. Crispr, the gene-editing technology whose inventors won a Nobel Prize last year, has received far more attention, but the rise of gene synthesis promises to be an equally powerful development. Crispr is like editing an article, allowing us to make precise changes to the text at specific spots; gene synthesis is like writing the article from scratch.”

Robots Won’t Close the Warehouse Worker Gap Anytime Soon
Will Knight | Wired
“A rush to adopt more automation does not mean that artificial intelligence and robots will solve the worker shortage. Amazon’s prototype robots are not yet capable of doing the most challenging, and important, work inside its fulfillment centers: picking the many products stored on its shelves. They’re simply not smart enough.”