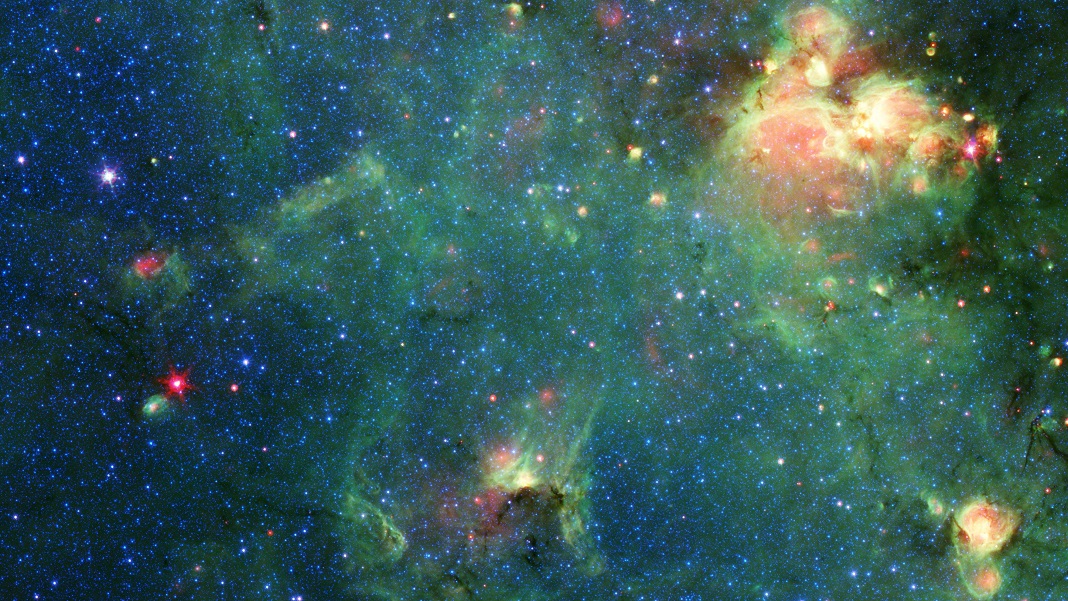 Water is vital for life on Earth, and some experts say we should all drink around two liters every day as part of a healthy lifestyle. But beyond the tap, where does our water come from?

It flows from local rivers, reservoirs, and aquifers. But where has that water originated from? Over geological time, Earth cycles water through living organisms, the atmosphere, rivers, oceans, the rocks beneath our feet, and even through the planet’s deep interior.

But what about before that? Where did Earth get its water in the first place? Scientists have long searched for answers to this question.

We studied tiny pieces of an asteroid to find out, and we think a rain of protons from the sun may be producing water all the time on rocks and dust throughout the solar system. In fact, up to half of Earth’s water may have been produced this way and arrived here with falling space dust.

We know Earth’s water likely came from outer space early in our solar system’s history. So, what was the primordial delivery service that gave Earth its water?

Water-rich asteroids are currently the best candidates for the delivery of water, as well as carbon-hydrogen compounds, which together make possible our beautiful habitable blue planet teeming with life.

However, water from asteroids contains a specific ratio of ordinary hydrogen to a heavier kind, or isotope, called deuterium. If all of Earth’s water were from asteroids, we would expect it to have this same ratio. But Earth water has less deuterium, so there must also be some other source of water in space with less deuterium.

However, the only thing we know of in the solar system with lots of hydrogen but a lower ratio of deuterium than Earth is the sun itself. This puts us in a bit of a pickle, as it’s hard to see how the hydrogen in Earth’s water could have come from the sun.

Excitingly, we might finally have an answer to this conundrum.

Back in 2011, the Japanese Space Agency (JAXA) sent the Hayabusa mission to take samples of the asteroid Itokawa and bring them back to Earth. In 2017, we were lucky enough to be allocated three extremely rare mineral particles from the sample, each about the width of a human hair.

Our aim was to study the outer surfaces of these dust particles in a brand new way to see if they have been affected by “space weathering.” This is a combination of processes which are known to affect all surfaces exposed in space, such as harmful galactic cosmic rays, micrometeorite impacts, solar radiation, and solar wind.

We worked in a huge team involving experts from three continents, using a relatively new technique called atom probe tomography which analyzes tiny samples at an atomic level. This let us measure the abundance and positions of individual atoms and molecules in 3D.

Near the surface of the Itokawa particles, we found a layer rich in hydroxide molecules (OH, containing one oxygen atom and one hydrogen) and, more importantly, water (H₂O, containing two hydrogen atoms and one oxygen).

This discovery of water was very unexpected! By everything we knew, these minerals from the asteroid should have been as dry as a bone.

The most likely source of the hydrogen atoms required to form this water layer is the solar wind: hydrogen ions (atoms with a missing electron) streaming through space from the sun, then lodging in the surfaces of the dust particles.

We tested this theory in the lab by firing heavy hydrogen ions (deuterium) to simulate those in the solar wind at minerals like those in asteroids, and found that these ions react with the mineral particles and steal oxygen atoms to produce hydroxide and water.

Water created by the solar wind represents a previously unconsidered reservoir in our solar system. And what’s more, every airless world or lump of rock across the galaxy could be home to a slowly renewed water resource powered by their suns.

This is fantastic news for future human space exploration. This life-giving water resource could potentially also be split into hydrogen and oxygen to make rocket fuel.

Back Down to Earth

So how does this revelation relate to the origin of Earth’s water?

When Earth and its oceans were forming, the solar system was teeming with objects from kilometer-wide asteroids to micrometer-scale dust particles. These objects have been falling onto our planet (and others) ever since.

Scaling up from our small space-weathered grain, we estimated that a cubic meter of asteroid dust could contain as much as 20 liters of water. So with all the space dust that has fallen to Earth over the eons, a lot of water from the sun (with less deuterium) would have arrived alongside the heavier water from larger asteroids.

We calculated that around a 50:50 mix of water-rich dust and asteroids would be a perfect match for the isotopic composition of Earth’s water.

So, while sipping your next glass of water, ponder the curious thought that Earth derived up to half its water from the sun.