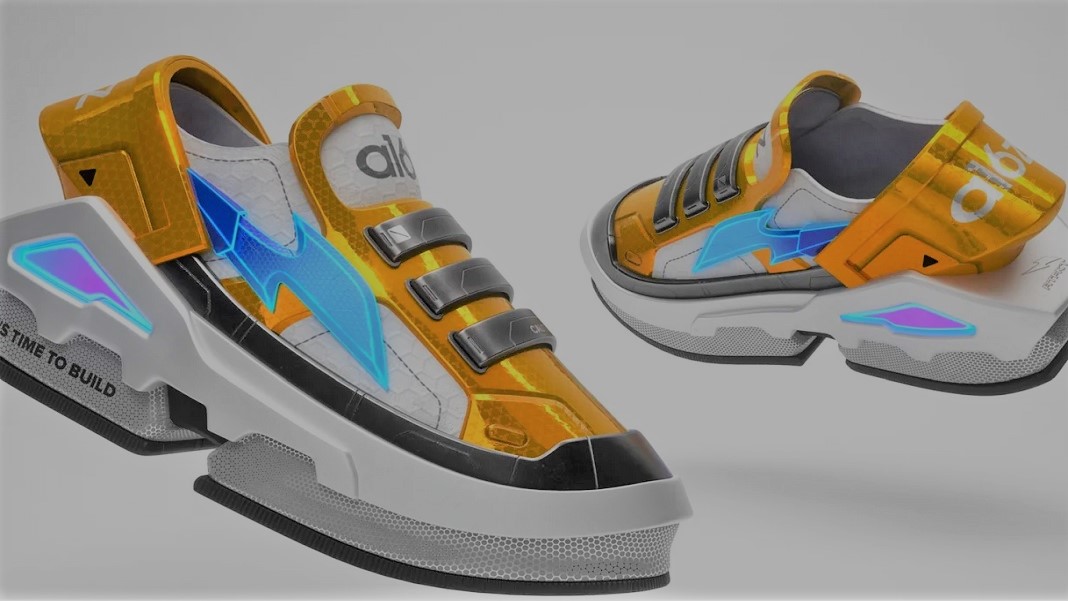 Recently NFTs have taken the form of everything from apes to a yacht to a life-sized 3D video sculpture. As trading volume of NFTs hits a staggering $22 billion and we near the end of the year, another new type of NFT is being added to the list: shoes.

And not only shoes, but other athletic wear, some of which even comes in non-digital form. That’s right—you can spend thousands of dollars on shoes or a sweatshirt and actually get shoes or a sweatshirt you can wear in real life. Who’d have thought we’d circle back to an economy where you can pay money for a thing and hold that thing in your hands instead of just looking at it on a computer screen?

Last week Nike announced its acquisition of RTFKT, an NFT studio that in its own words “uses the latest in game engines, NFT, blockchain authentication and augmented reality, combined with manufacturing expertise to create one of a kind sneakers and digital artifacts.” That’s right, the company name is pronounced “artifact.” Wouldn’t have figured that out in 100 years? Me either.

RTFKT is now a part of the NIKE, Inc. family. 🌐👁‍🗨 pic.twitter.com/5egNk9d8wA

RTFKT was founded in January 2020, and though Nike didn’t disclose how much it paid for the company, it’s safe to say RTFKT’s founders likely made out pretty well, particularly given that their business is less than two years young. Up until now, the company was best known for its collaboration with a teenage artist who goes by FEWOCiOUS; the artist helped design a line of “digital sneaker” NFTs that reportedly brought in $3.1 million in under 7 minutes. People who bought the NFTs had the option of redeeming a real pair of shoes in their size a month after the virtual shoe sale.

Though talking about digital sneakers may make you or I feel like we’re living in bizarro world, investors felt differently, even before Nike came along and scooped up RTFKT. In May of this year, venture capital firm Andreessen Horowitz led a seed funding round in which the startup raised $8 million. Partner Jonathan Lai tweeted his belief that “As we spend more time in virtual worlds, we will care just as much about our digital sneakers/handbags as we do our physical ones…As games become social spaces, digital clothing will be a key part of our identity.”

Are you overwhelmed by a vague sense of dread about the future yet?

Nike, for one, is very much on board, viewing its purchase of RTFKT as a means to help expand its digital footprint and capabilities. “This acquisition is another step that accelerates Nike’s digital transformation and allows us to serve athletes and creators at the intersection of sport, creativity, gaming and culture,” said Nike’s President and CEO John Donahoe.

He must be onto something, because Nike’s not the only athletic wear company leaping onto the NFT bandwagon. Last week Adidas sold 29,620 NFTs from its Into the Metaverse collection within hours of making them available. Each NFT went for 0.2 ETH, which at the time came out to around $765 (the coin’s value has since dropped), meaning Adidas made over $22 million from the digital tokens. People who bought the NFTs will be able to get a (real) tracksuit, graphic hoodie, or orange beanie in 2022 “at no additional cost.” Score!

It’s hard to say how far off a world in which digital clothing is a key part of our identities comes to pass, but I’m hoping it won’t be soon. In any case, with investors, chipmakers, artists, fashion brands, and seemingly everyone else gearing up for the metaverse, it does seem imminent—and Nike, Adidas, and others will be there to make sure our virtual feet aren’t bare. Or rather, the virtual feet of those willing to shell out hundreds to thousands of dollars for digital shoes.