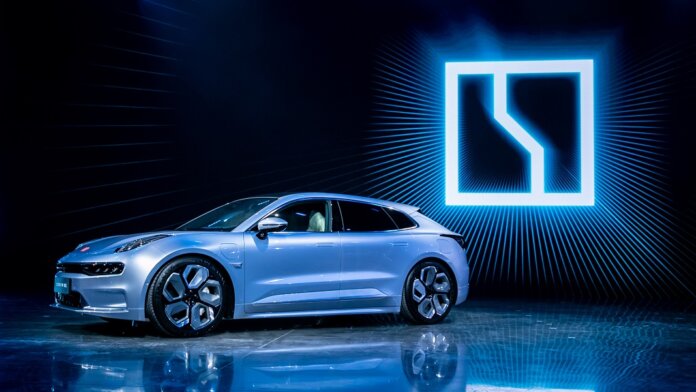 As recently as 2015, auto industry insiders predicted fully self-driving cars would be on the road by 2020. As you know, that didn’t come to pass, and two years later we’re still waiting for the day we can kick back, put our feet up, and watch the scenery go by as sleek autonomous cars deliver us to our destinations.

Consumers in China may be a little closer to this vision than the rest of us. This week at the Consumer Electronics Show in Las Vegas, two companies announced development of a car with Level 4 autonomy, with plans to put the vehicle on the Chinese market in 2024.

Mobileye is an an Israeli subsidiary of chipmaker Intel (who knew?) that develops self-driving cars and advanced driver-assistance systems. This week at CES the company announced a new chip called EyeQ Ultra, part of its system-on-a-chip line, saying the chip will be able to do 176 trillion operations per second and is purpose-built for autonomous driving.

Geely, meanwhile, is a carmaker based in Hangzhou, China. Founded in 1997, the company’s full name is Zhejiang Geely Holding Group; they’re the largest private automaker in China, and reportedly sold over 1.3 million cars in 2020. Among Geely’s holdings is Swedish carmaker Volvo, as well as an electric vehicle brand called Zeekr that was launched in March of 2021.

The new self-driving car will be a collaboration between Geely and Mobileye, and will be produced under the Zeekr brand. To be clear, the car still won’t quite approach the put-your-feet-up driverless vision. There are five levels of automation in driving, with Level 5 being full autonomy, in which the vehicle can drive itself anywhere (around cities, on highways, on rural roads, etc.) in any conditions (rain, sun, fog, etc.) without human intervention. The Zeekr car will supposedly be Level 4, which means it will be able to operate without a safety driver under certain conditions (namely, good weather), and will still have a steering wheel.

It’s likely the car will be able to drive itself on highways, when all it needs to do is stay in its lane and maintain the speed limit without hitting any other cars. Whether it will be able to handle city driving—what with the pedestrians, stopped cars, cyclists, delivery trucks, and numerous other obstacles involved—will be another matter.

Though we learn to drive at the ripe young age of 16, we don’t realize the incredible amount of brainpower, accumulated experience, and reflexes that go into safely operating our vehicles. The human brain is a lot for a software system to live up to, and how well it does so can mean life or death in this case.

The car’s “brain” will use six of Mobileye’s EyeQ 5 chips, and will navigate with the help of the company’s Road Experience Management system, which maps roads in 3D using data drawn from all cars on the road with its hardware. The car will be built on Geely’s open-source Sustainable Experience Architecture, which includes redundancies for braking, steering, and power.

Geely and Mobileye say their self-driving car will be ready for consumers in China by 2024. Progress in autonomous driving has been notoriously slow, and two years is not a lot of time to make the advancements needed in order for this sort of technology to deploy safely. Perhaps the companies have a couple surprises up their sleeves?

Meanwhile, Geely also just announced a partnership with Alphabet subsidiary Waymo in which the Chinese carmaker will build electric self-driving vehicles to be used for ride hailing in the US market. There’s no shortage of plans around driverless cars, then—but how (and when) these plans end up shaking out may be another matter; stay tuned.