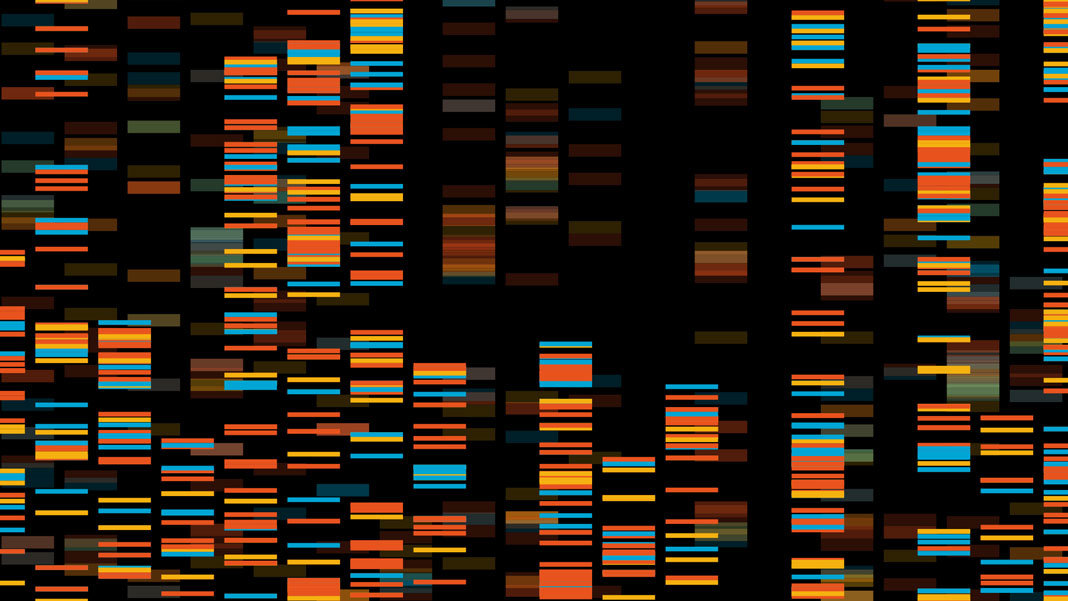 For children suffering from rare diseases, it usually takes years to receive a diagnosis. This “diagnostic odyssey” is filled with multiple referrals and a barrage of tests, seeking to uncover the root cause behind mysterious and debilitating symptoms.

In just 7 hours, 18 minutes, a team of researchers at Stanford Medicine went from collecting a blood sample to offering a disease diagnosis. This unprecedented turnaround time is the result of ultra-rapid DNA sequencing technology paired with massive cloud storage and computing. This improved method of diagnosing diseases allows researchers to discover previously undocumented sources of genetic diseases, shining new light on the 6 billion letters in the human genome.

More than 7,000 rare diseases affect 300 million people worldwide, 50 percent of whom are children. Of these diseases, 80 percent have a genetic component. The onset of some rare genetic diseases can be swift and debilitating. Spotting symptoms and identifying the root cause is a race against the clock for many families.

I’m a biotechnology and policy scholar who works on improving access to innovative health care technologies. Whether it’s simple and affordable tests or sophisticated and expensive gene therapies, medical breakthroughs need to reach populations around the world. I believe that ultra-rapid DNA sequencing is key to casting a wider net and providing a faster turnaround for diagnosing rare diseases.

The Human Genome Project, the first successful attempt to sequence a complete or “whole” human genome, took 13 years, from 1990 to 2003, and cost $2.7 billion. In 2014, the field of whole genome sequencing passed another major milestone by hitting the $1,000 price point. Every year, the cost of sequencing continues to fall, driven by engineering and computational innovation.

In their quest for a world record, Stanford researchers reached for a DNA sequencing platform from the company Oxford Nanopore Technologies, which developed a device that reads genomes by pulling large strands of DNA through pores comparable in size and composition to the openings in biological cell membranes. As a DNA strand passes through the pore, the device reads subtle electrical changes unique to each DNA letter, thus detecting the DNA sequence.

Thousands of these pores are distributed across a device called a flow cell. The researchers sequenced a single patient’s genome across 48 flow cells simultaneously, allowing them to read the entire genome in a record time of 5 hours, 2 minutes.

The ultra-rapid DNA sequencing generated terabytes of data, which was moved to a cloud-based storage system. In the cloud, algorithms scanned the genome, looking for tiny variations—mutations—within the DNA sequence that could help explain the origin of a genetic disease.

If a disease’s origin is thought to reside in the genome, the standard medical way forward is to order a gene panel. This test sequences a list of predetermined genes for possible disease-causing mutations. Receiving test results usually takes two to three weeks but can take up to eight weeks, and can miss mutations in genes not on the list.

Shortening the sequencing and analysis process to seven hours and expanding the sequencing from a few genes to the entire genome could fundamentally alter the diagnostic odyssey. Ultra-rapid DNA sequencing has already made a difference in the lives of two children.

Matthew Junzman, a 13-year-old from Oregon, was rushed to Stanford Hospital and placed on life support. His heart was failing, and no one knew why. Doctors narrowed down the cause to two options: myocarditis, a reversible condition involving inflammation of the heart, or an untreatable genetic condition.

In the Stanford study, doctors performed an ultra-rapid DNA sequencing test, which quickly revealed that Matthew had a genetic condition. He was immediately placed on a transplant list and received a new heart three weeks later.

In the same study, a 3-month-old patient was admitted to the pediatric hospital suffering from seizures. Using the ultra-rapid DNA sequencing process, doctors quickly spotted a mutation in a gene that explained the seizures. Standard tests would have initially missed this diagnosis.

Disease Diagnosis Is a Global Problem

Advances in health care technology typically have a high price tag when they first become available. Corporate competition, cheaper materials and new generations of technology can help drive down costs. But infrastructure, political and regulatory hurdles all contribute to limiting global access.

While Oxford Nanopore’s technology is cheaper than several alternative sequencing devices, costs of equipment and materials are still prohibitively expensive for labs in many countries. Similarly, less than 20 percent of low- and middle-income countries have modern data infrastructure. This removes the possibility of cloud computing in many places.

Bringing ultra-rapid DNA sequencing to these countries will involve investing in regional efforts to support genomic research. For example, the Human Heredity & Health in Africa Initiative invests in scientific infrastructure and workforce development to study health and disease for African populations. Providing groups like these with the equipment and software needed for ultra-rapid DNA sequencing will ensure that rare diseases that are more common in African populations will not go unexplored.

There are no approved treatments for 95% of rare diseases. The limited number of individuals affected by a given rare disease makes it difficult to study symptoms and design clinical trials. Creating data-sharing systems and crafting regulations will be vital to allow people to safely share their personal information between countries. The European Joint Programme on Rare Diseases and the Global Alliance for Genomics & Health are making progress toward these goals, building bridges between rare disease communities around the world.

As ultra-rapid genome sequencing becomes a feature in hospitals across high-income countries, I believe it’s important to consider how the broader rare disease community will have access to these tools and benefit from the wave of new disease insight on the horizon.