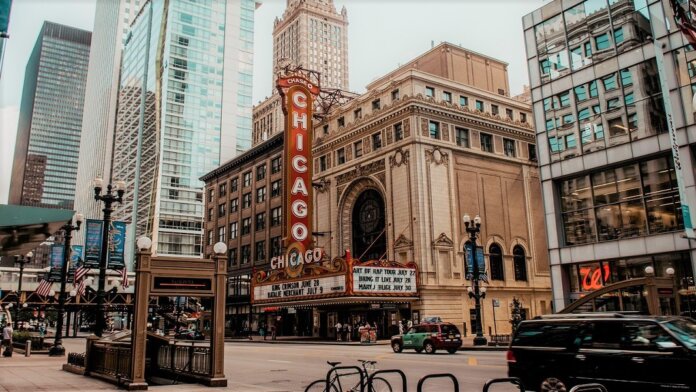 The idea of universal basic income has been gaining steam for several years, with proponents like Andrew Yang touting such programs as a possible solution to unemployment resulting from growing automation across various sectors of the economy. The pandemic increased calls for government assistance to those in need as millions were left unemployed. Dozens of US cities have tried some kind of guaranteed income program, including Los Angeles, Pittsburgh, and Newark.

The Resilient Communities pilot is part of Chicago’s 2022 recovery budget, which totals $16.7 billion and includes $2 billion in pandemic relief funds the city received from the federal government. The program is expected to cost $31.5 million.

Recipients of the monthly checks will be chosen by a lottery, as the organizers expect there to be far more than 5,000 applicants. Those who apply must have an income at or below 250 percent of the federal poverty guidelines—that’s $32,200 for an individual or $57,575 for a family of 3—and demonstrate that they experienced hardship due to the pandemic, such as being let go from a job or forced to stop working due to a health condition, childcare needs, etc.

“Of course we need to teach people how to fish,” said Chicago Mayor Lori Lightfoot. “But right now, in this moment, with so many people suffering, in pain and worried about financial ruin, this is what we must do to make sure that these families don’t slip into the abyss.”

The $500 monthly checks will come with no strings attached, meaning recipients can spend the money as they please. The city has tasked the University of Chicago’s Inclusive Economy Lab with collecting and analyzing data on how people spend the money, with hopes of shedding light on how social services spending can be improved and whether basic income programs like this have a significant positive impact on people and communities.

Support for guaranteed income is becoming widespread, but critics cite the possibility that “free money” will deter people from seeking work. A 2017 trial in Finland sent 560 euros a month, also with no strings attached, to 2,000 unemployed citizens. Their outcomes were compared with those of people who received standard unemployment benefits. Surveys showed that participants in the basic income trial felt more of an improvement in their sense of well-being and financial security, but there were no big differences in employment status or number of days worked.

Poverty is often a cycle that traps people in a cascade of factors, many outside their control. Say your car breaks down one morning on the way to work, you’re far from any public transit, and you don’t have the money for a cab (transportation is actually one of the biggest barriers to escaping poverty, particularly in the US, where many cities and towns aren’t built around reliable train and bus systems).

You miss that day of work, losing out on eight hours of pay, and you can’t make up the time during another shift because you have a toddler to pick up from daycare at 5pm. But missing a day’s work makes you short on the daycare payment, and they suspend services; you have to stay home with your child the next day, and end up getting fired from your job.

In situations like these, a $500 payment could make all the difference, even just once. The potential impact of such payments over the course of a year, then, is much greater. Think of it as a foundation from which people who are struggling can finally start building, rather than constantly filling in cracks in the foundation itself.

“It can be a year to catch up on overdue bills, a year to build up savings, a year when dreams can grow into small business ventures, or a year where that vacation is finally possible,” said Harish I. Patel, director of Economic Security for Illinois, in reference to the guaranteed payments program. “We feel confident that direct cash can disrupt the vicious cycle of poverty.”

After months of bureaucratic delays, Lightfoot announced last week that applications for Chicago’s Resilient Communities pilot will open in April.