The Electric Revolution: EV Sales Doubled in 2021 and Are Surging This Year Too 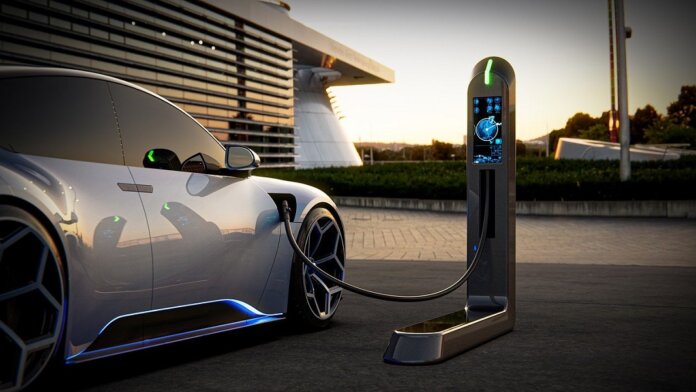 Electric vehicles (EVs) will play a crucial role in decarbonizing our transport systems and helping us avoid the worst effects of climate change. The latest figures suggest they are making major inroads into the automotive industry after sales of plug-in electric vehicles nearly doubled in 2021.

While battery-powered cars broke into the mainstream almost a decade ago, they’ve taken some time to catch the imagination of the average driver. Concerns over range and charging time, coupled with generally higher prices, have meant their adoption has been slower than some might hope.

But that seems to be changing rapidly. According to the Department of Energy, sales of new EVs in the US hit 608,000 last year, nearly double the total for 2020. Of that, more than 73 percent were all-electric vehicles, with the remainder coming from hybrid vehicles that combine batteries with conventional gas-powered engines. Those figures are particularly impressive considering that overall sales of passenger vehicles only increased by three percent over the same period.

The trend is mirrored globally, according to the International Energy Agency (IEA), with sales of electric cars more than doubling to 6.6 million to reach a market share of 9 percent—more than triple what it was just two years ago. This is despite major chip shortages caused by the Covid-19 pandemic, which caused production to slump by 7.7 million vehicles in 2021.

While the uptick in sales in the US is impressive, China is leading this surge in adoption. According to market research firm Canalys, mainland China saw 3.2 million sales of EVs in 2021, which is roughly half of worldwide sales and a jump of more than two million compared to 2020. EVs accounted for roughly 15 percent of all Chinese vehicle sales.

That’s partly thanks to rapid innovation in the country’s homegrown EV industry. According to CleanTechnica, Chinese companies accounted for 17 out of the top 20 best-selling EV models in January. Two years ago there were only two Chinese-made cars in that list.

Rising fuel costs could also provide a further boost to EV adoption. There was already an upward trend at the start of the year, but the war in Ukraine has seen prices skyrocket in recent weeks. Sources close to Tesla told Electrek the company had seen demand surge last week, with order rates doubling in some areas of the US that are particularly impacted by the rising cost of gas.

The results of a recent survey by AutoPacific Research also suggest the crisis could push more drivers to go electric. Despite the results predating the Ukraine war, nearly a quarter of respondents said they’d consider a switch next time they were in the market for a car if fuel prices keep rising.

There is a cap on how quickly the transition can go, though. Supply chain issues and historically low inventory levels at dealerships mean that most vehicles have already been sold before they reach the lot. That means that those looking to switch will most likely have to put their name on a waiting list, so if the spike in fuel costs is short-term it may have less of an impact.

And while the rapid increase in electric car adoption is great news for the environment, other trends in the auto industry are less positive. According to the IEA, last year also saw the number of gas-guzzling SUVs rise by more than 35 million worldwide, driving up CO2 emissions by 120 million tons and largely canceling out the reductions from EVs.

Nonetheless, the adoption trend has plenty of headwind. Last week, a consortium of environmental groups pressured California Governor Gavin Newsom to boost the state’s already aggressive vehicle emission targets. They want the 5 percent annual emission reduction requirements for gas-powered vehicles to be boosted to 7 percent and for EVs to account for 80 percent of sales by 2030, rather than the current goal of 61 percent.

While that might seem optimistic, CleanTechnica says it’s not unrealistic for electric vehicles’ share of the market to hit 15 percent by the end of the year. The electric revolution seems to be well underway.