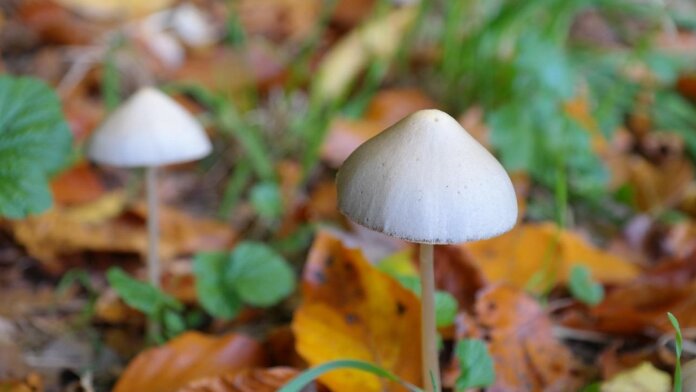 For depression, magic mushrooms may indeed be magic.

Over the past decade, a slew of pioneering trials found that just one or two doses of psilocybin, the main component in magic mushrooms, rapidly pulls people out of severe depression. The treatment—when coupled with behavioral support—acted lightning fast, even in those who hadn’t responded to conventional antidepressants.

The results spurred intrepid neuroscientists to pursue psilocybin and other psychedelics as a dramatically new route to battle depression, even with their illegal status in most countries. Ketamine, the party drug and horse tranquilizer, won an early battle, gaining FDA approval in 2019 as the first fast-acting antidepressant and putting psychedelics on the therapeutic radar.

It may now be psilocybin’s time to shine. Despite their antidepressant potential, how magic mushrooms work their magic remained elusive, limiting their entry as a serious contender for mental health treatment.

A new study in Nature Medicine headed by psychedelic experts Drs. David Nutt and Robin Carhart-Harris at the Imperial College London may have cracked the enigma. Combining brain imaging results from two trials of people with severe depression treated with psilocybin, the study found that the chemical shakes up global neural networks in the brain, essentially “rebooting” how they communicate and forcing the brain out of its entrenched depressive funk.

“These findings are important because for the first time we find that psilocybin works differently from conventional antidepressants—making the brain more flexible and fluid, and less entrenched in the negative thinking patterns associated with depression,” said Nutt in a press release. “This … confirms psilocybin could be a real alternative approach to depression treatments.”

Even more impressive, when compared toe-to-toe with Lexapro, a classic antidepressant, psilocybin acted faster at alleviating symptoms and retained its effect for weeks after stopping treatment.

This rework of the brain’s connections might not be limited to depression. “One exciting implication of our findings is that we have discovered a fundamental mechanism via which psychedelic therapy works not just for depression, but other mental illnesses, such as anorexia or addiction,” said Carhart-Harris.

Depression feels like dragging yourself through mud. All the willpower and pep talks to “pull yourself up” stumble and fail, because you’re stuck in a monochrome bleakness that seeps into every corner of your life.

As is the brain.

The brain is often locked in a state of negative cognitive bias, which draws people to think more negatively with a rigid idea about themselves and their future. It’s a type of fixation that’s difficult to shake off, leading some to dub these episodes as “attractor states,” emotional states that depressed people naturally fall into, as if pulled by gravity.

This fundamental shift made some neuroscientists dig deeper: what’s going on with brain networks that supports those negative outlooks? As it happens, there are quite a few involved. One is the default mode network, which covers wide-ranging connections of brain regions related to introspection and self-referential thinking and becomes overactive in depression. The executive network, which helps control and maneuver your thoughts based on your goals—for example, switching your attention or focusing on the job at hand—is also disrupted. A final malfunctioning network is the salience network, which normally helps you hone in on relevant stimuli and supports communication and social interactions.

Unlike a healthy brain, one with depression is characterized by segregation, said Daws. This break in network function undermines a brain’s ability to flexibly switch between patterns of thinking and viewpoints.

In other words, depression makes the brain’s networks and information processing far more rigid. Unfortunately, most antidepressants today zone in on a different aspect of depression—that is, lack of a brain chemical called serotonin—but don’t necessarily target these network-level changes.

For the past two decades, Imperial College London has taken on the unpopular role of trying to revitalize psychedelics for mental health research. Although psychedelics were broadly banned in the 1970s, they were previously examined in thousands of trials for their impact on the brain two decades prior.

Much of Imperial College London’s work was funded philanthropically. Tapping into modern technology, including functional MRI (fMRI)—a looking glass at how the brain reacts in real time—the studies hinted at psilocybin’s antidepressant potential. “In the last 15 years, at least 6 separate clinical trials have reported impressive improvements in the depressive symptoms with psilocybin therapy,” the authors wrote.

Among those were two clinical trials to assess the safety and efficacy of psilocybin treatment for depression under careful clinical care. One was open-labeled in patients with treatment-resistant depression and lasted six months. Another was a double-blind, randomized control trial—neither the patient nor the doctor knew what the patient was getting—comparing psilocybin with Lexapro.

In the new study, the team took advantage of brain scans from those two trials to uncover how magic mushrooms work in the depressed brain. Psilocybin rapidly decreased depression symptoms in both trials, based on a standardized questionnaire. With just two in-clinic doses, psilocybin reduced the patients’ depressive score by 64 percent after 3 weeks. In contrast, Lexapro dropped the score by only 37 percent 6 weeks after taking it daily. Patients treated with psilocybin scored low for depression even half a year after stopping treatment.

Peeking into their brains, the team analyzed the brain scans with a method dubbed “network modularity,” which looks at how connected or segregated different brain areas are. Comparing fMRI scans of peoples’ brains before and after psilocybin treatment, the team found increased connectivity just one day after psilocybin. Previously segregated networks re-formed their social networks, causing an increase in brain connectivity, especially in networks normally disrupted by depression.

Using a metric called dynamic flexibility, the team also found that brain networks treated with psilocybin changed their community allegiance more rapidly over time. This suggests that rather than their locked state in depression, the networks are shaken up to restructure their communications across the brain to alleviate depressive symptoms. Psilocybin doesn’t dampen brain activity—rather, it “liberates the entrenched depressed brain, making it more integrated and flexible,” wrote the editors of Nature Medicine.

In contrast, Lexapro didn’t drive any network changes and only had modest effects on depression.

The team stresses that the study is just the first step in tearing off psilocybin’s veil for treating mental health disorders.

While there’s growing evidence that psychedelic therapy is an option for psychiatry, our understanding of how it works remains rudimentary. Digging into its function will help bring forth a paradigm-changing—and challenging—therapeutic model, with both scientific and political roadblocks along the way.

For now, we don’t know what happens after treatment stops in half a year or longer—that is, whether the network shakeup lasts. And although long in the making, the study is still just a starting point. “It’s a little bit like looking out into the universe with a telescope and seeing interesting things and then starting to build theories based on that,” said Dr. Stephen Ross at the NYU Langone Center for Psychedelic Medicine, who was not involved in the study.

Psilocybin phase 3 trials are underway to assess its safety and efficacy on a greater scale. The team especially highlights the need for replication—that is, to see if the same dynamic brain connectivity changes happen in separate groups of people. Meanwhile, they strongly caution against DIYing treatment. The psilocybin trials took place in clinical settings with careful monitoring, and taking magic mushrooms in lieu of these guardrails to self-medicate for depression could be detrimental, if not outright dangerous.

While psychedelics haven’t yet fully proven themselves for therapy, the team is thankful for modern neuroscience technologies to start offering plausible models of their action on the brain.

“It might sound trite to say, but I think psilocybin therapy opens up the mind, and that’s its strength,” said Carhart-Harris.