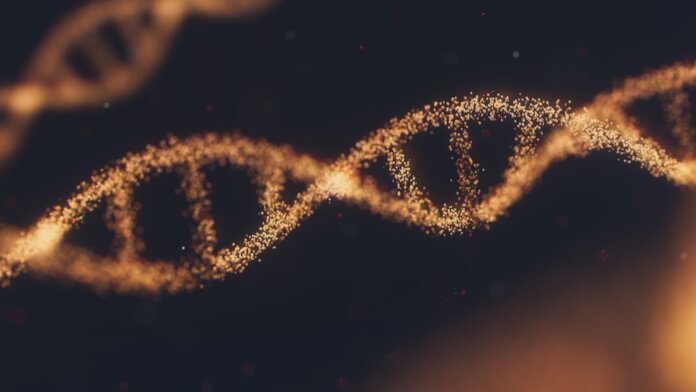 In 2014, genomic sequencing giant, Illumina, announced that their new machine could sequence whole human genomes for $1,000 per genome. It was a significant milestone for a technology that cost some $95 million per genome when it arrived early this century.

Illumina now dominates the industry; but this week, we learned it has some serious new competition. Ultima, a five-year-old company that’s been operating in stealth, said its sequencing technology can piece together whole genomes at $100 per genome. Ultima also announced it has raised $600 million from several venture capital firms—including Andreessen Horowitz, Founders Fund, and Khosla Ventures—to go even lower.

“We essentially enabled reading a lot more DNA at the same time,” Gilad Almogy, Ultima’s founder and CEO, told Bloomberg. “A $100 genome is a major inflection point but it’s definitely not the end of the road. There’s decades ahead of us. We have to keep pushing.”

The announcement’s timing is no coincidence. The industry’s biggest conference, Advances in Genome Biology and Technology (AGBT), takes place next week, and Ultima plans to make a splash. In addition to pulling back the veil on its work and financial backing, the startup also released four papers detailing the technology, alongside information on bioinformatics and AI partnerships with Google DeepVariant and Sentieon.

“Ultima is the real deal, with good technology,” Raymond McCauley, cofounder and chief architect at BioCurious and chair of digital biology at Singularity Group, told Singularity Hub. “They’ve been working on an Illumina killer for years.”

To sequence a genome, scientists first have to shatter it. Next-generation sequencing technologies break genomes into fragments of a few hundred nucleotides—the molecular letters A, G, C, T—and scatter them across a surface with billions of microscopic wells etched into it. A series of chemical reactions amplify and prepare the DNA, then sequences from each well are recorded (usually optically) and pieced back together.

This approach has continuously slashed the cost of sequencing over the years, but recently, the trend has slowed. To break the bottleneck, Ultima says their gene sequencing machine, the UG 100, exploits the best parts of the process while improving on a few key points.

For sequencing, Ultima uses a disc that’s a little bigger than a CD. The disc’s surface is peppered with 10 billion “landing pads” to attract short DNA sequences. They spin up the disc to uniformly disperse reagents across its surface and then, like in a CD player, optically read the DNA snippets trapped in each landing pad. Finally, their system pieces the short sequences back together with a machine learning algorithm.

It’s not a complete reinvention of the process. Rather, Ultima’s system finds lots of “clever ways to save costs and add performance,” according to McCauley. These include more efficiently using reagents—a big contributor to costs—with their spinning, open-flow-cell design and involving AI early. Altogether, the savings add up to a system that appears to be as accurate as the competition but is dramatically more cost-efficient.

“It looks like they can deliver a real $100 genome, if you look at cost of consumables—reagents, the specialized chemicals and biological components of the fancy reactions that happen to drive DNA sequencing on the machine,” said McCauley, who was also a member of the team that developed Illumina’s next-generation DNA sequencing tech.

According to the National Human Genome Research Institute, the cost to sequence a whole human genome was $562 as of last year. Ultima’s claimed $100 genome would reduce the cost by 82%. Notably, Almogy says they can go lower, and investors seem to agree.

But the cost of the machine itself is an open question that could determine the pace of adoption, according to McCauley.

Will researchers have to pony up a million dollars to get $100 genomes? It’s also uncertain how quickly interested research groups could switch machines, he said. They may not want to make changes midstream. Not only might it require a big sunk cost, but “comparing Ultima apples to Illumina oranges” might feel risky. At the same time, looking at 10 times as many genomes for the same amount of grant money may prove alluring.

In either case, Illumina may feel compelled to lower prices to compete. “Even if this is all that happens, it will shake up the industry and be a big step forward,” McCauley said.

The utility of genomic sequencing got a real-world test in 2020. When the pandemic hit, scientists sequenced the genome of SARS-CoV-2 and blasted it to colleagues around the world. The makers of mRNA vaccines used the sequence to develop viable vaccine candidates in a matter of days. Those candidates later became two of the approved vaccines that have saved an estimated 2.2 million lives over the last year and a half.

Further driving down the cost of sequencing human genomes could also have wide-ranging effects, from improved cancer care to more fully decoding life’s source code. The dream is to make whole genome sequencing a clinical no-brainer, and by comparing genomes across whole populations, scientists hope to further tease out which genes do what.

But when we’ll realize that dream is still uncertain. “Will this lower the price of DNA sequencing enough to be part of a visit to your doctor’s office to determine what particular bacteria you’ve got or see your cancer risk? That answer will emerge more slowly, and depend on regulatory approval of the new platform,” McCauley said.

It’s also good to remember: Biology’s complexity never hesitates to humble expectations. Still, as scientists continue to unwind life’s twisted tale, if we can reduce the cost of reading from hardback to paperback, all the better.