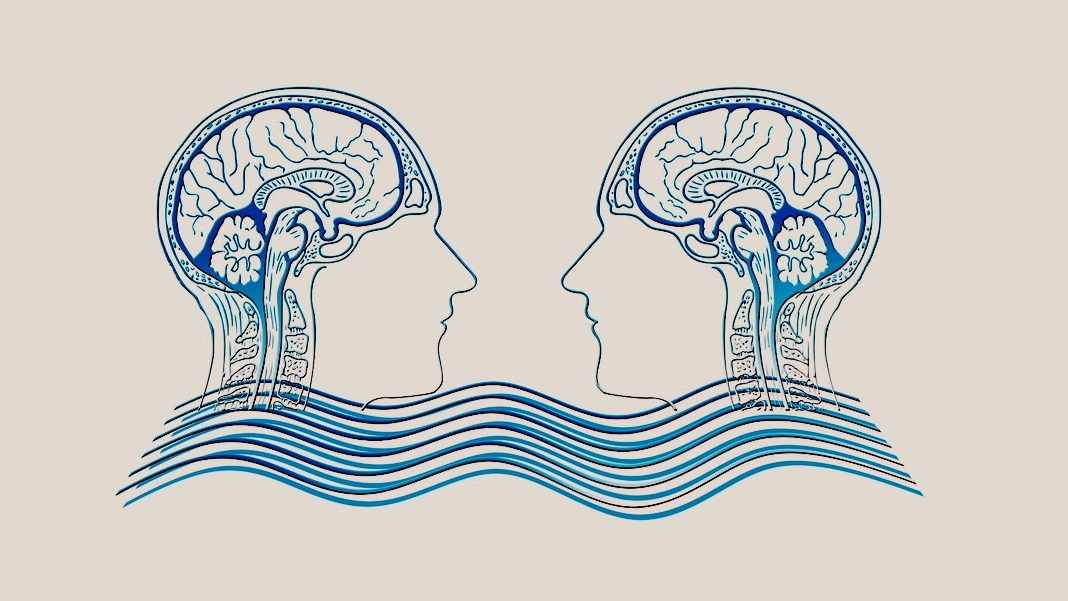 Stranger Things fans will be familiar with this scene: Eleven, a girl with telekinetic powers, stares intently at a Coke can. Without physically touching the can, she completely crushes it using her mind alone.

Changing objects with the mind has long been a trope in science fiction. Now, thanks to metasurfaces, two studies just showed that it’s potentially possible.

Metamaterials are artificial composites with bizarre optical properties. Often arranged in tandem, they can interact with electromagnetic waves, including visible light, in ways that are impossible for natural materials. This gives them a superpower: they can readily adapt their properties—for example, bending light in different ways—rather than relying on the properties of the materials they’re made of.

Why care? Our brains generate electromagnetic waves as they process information. Depending on the brain’s state—for example, if it’s “relaxed” versus “concentrating”—different frequencies of brain waves take over. So why not use the brain as a source to trigger changes in metamaterials?

In the first study, published in eLight, the team used a brainwave extraction module that allowed volunteers to control a metasurface—a 2D version of metamaterials—with their minds alone. The whole system is wireless and relies on Bluetooth. They extracted brainwaves from the volunteer as she relaxed or concentrated, and through a controller, changed how the linked metasurface scattered light. Not as dramatic as bending a Coke can, sure—but a futuristic demonstration of using the mind to control physical material.

A second study took the idea a smidge further. Different metasurfaces can “talk” to each other based on electromagnetic properties. Here, the team hooked up two people to metasurfaces to text with their minds. One volunteer was the transmitter, the other the receiver. By concentrating, the transmitter’s brain waves changed the metasurface’s properties to encode different binary messages. Upon decoding, the receiver got the text—all without lifting a single finger.

For now, the futuristic tech is still in its infancy. But scientists imagine they’ll one day be able to use metamaterials for a myriad of purposes: monitoring the attention status of a driver, for example, or incorporating them into non-invasive brain-machine interfaces.

“Combined with intelligent algorithms such as machine learning, the presented two works may further open up a new direction to advanced bio-intelligent metasurface systems,” said Dr. Xiangang Luo at the Institute of Optics and Electronics, Chinese Academy of Sciences, who was not involved in either of the studies.

The Weirdness of Metasurfaces

Metasurfaces are like a fever dream. Normally we expect our materials to behave consistently: glass bottles shatter under pressure; wood cracks; cotton is soft. Metamaterials change this paradigm. Often made up of an amalgamation of materials—piezoelectric materials are a favorite—they readily change their structural and light-bending properties under the effect of electromagnetic fields.

This has led to preliminary invisibility cloaks, dynamic camouflaging, superlenses, and 3D-printed millibots that could one day roam your body to intelligently deliver drugs when needed.

Metasurfaces are metamaterials’ 2D cousin. Here, the repeating structures in metamaterials weave into a sheet-like structure, maintaining their ability to control “nearly all the characteristics of electromagnetic waves,” said Dr. Shaobo Qu at Air Force Engineering University in China, who led the telekinesis trial. Programmable metasurfaces (PMs) are a step up, in that their functions can be controlled in a predictable manner by outside influences to switch operating modes—like a bathroom “smart” mirror with several light settings depending on your mood.

Normally, electromagnetic waves come from a generator. But our brains burst with different frequencies of these waves, which collectively represent electrical signals across large regions. Beta waves, for example, cycle roughly 15 to 40 times a second, and are associated with an engaged mind. Theta waves, in contrast, correlate with daydreaming—a sort of mental relaxation. Scientists have found that it is possible to control your brain waves and actively shift them from one state to another through neurofeedback.

Brain waves can be readily picked up by a cap of embedded electrodes. This led the team to wonder: can we use these signals to control metasurfaces?

In one study, Qu proposed a simple design using a brainwave extraction module. It’s got three parts: the sensor, controller, and actuator. The sensor collects brainwaves through electrodes placed on the scalp. Here, the team used a commercially available module, ThinkGear AM, an affordable chip popular with the DIY EEG brainwave-hacking community.

Recorded data is then transmitted to the controller through Bluetooth. The controller is also made from a low-cost component, with Arduino at its heart. Brain wave signals are converted into a measure for attention, and fed into the actuator. Depending on the person’s level of attention, the actuator bins the data into four groups and outputs different voltages.

The high or low voltage corresponds to a 1 or 0 coding sequence. These sequences then map to different material properties for the metasurface, which in turn controls how it scatters light.

The end result? In a proof of concept, a volunteer sat in an anechoic chamber—a room designed to block out surrounding sound or electromagnetic waves. With dry electrodes on her head, she closed her eyes as she cycled through different concentration states. By measuring the light-scattering properties of the metasurface, the team found a strong correspondence between her attention intensity and the material properties.

The study doesn’t show that it’s possible to physically move materials with your mind. But it does show that it’s possible to remotely control a material based on thought alone. For now, the technology is mostly a cool proof of evidence that paves the road for mind-controlled materials for health monitoring or smart sensors. A major roadblock is how to deal with outside electromagnetic noise, which could occlude neural control signals.

Telekinesis already blows my mind. But what about telepathy?

A separate study used metasurfaces as a telephone of sorts to help two people text simple messages, all without lifting a finger.

Direct brain-to-brain communication isn’t new. Previous studies using non-invasive setups had participants playing 20 questions with their brain waves. Another study built a BrainNet for three volunteers, allowing them to play a Tetris-like game using brainwaves alone. The conduit for those mindmelds relied on cables and the internet. One new study asked if metasurfaces could do the same.

Led by Dr. Tie Jun Cui at the Institute of Electromagnetic Space, Southeast University in China, the study linked a well-known brainwave signal, P300, to the properties of a metasurface. Their setup, electromagnetic brain-computer-metasurface (EBCM), used brainwaves to control a particular type of metasurface known as an information metasurface, which can code 0s and 1s like an electronic circuit board.

The experiment had two volunteers: a transmitter and a receiver. The transmitter had his brain waves monitored with EEG, with a specific focus on the P300 signal. The signals were then decoded into binary code, which was then used to control the transmitter’s metasurface properties. These changes wirelessly changed the receiver’s metasurface, which was then decoded and translated back into text information for the receiver to read.

We are still far from tech-based telekinesis and telepathy. But those superpowers may not be as far-fetched as once thought. For now, the teams are eager to adopt their setups for bettering health.

“Our work may further open up a new direction to explore the deep integration of metasurface, human brain intelligence, and artificial intelligence, so as to build up new generations of bio-intelligent metasurface systems,” said Cui.