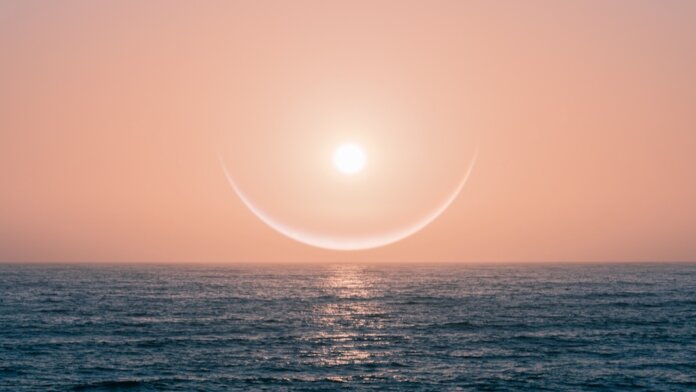 These Autonomous, Wireless Robots Could Dance on a Human Hair
Devin Coldewey | TechCrunch
“The competition to create ever smaller, ever better robots is a fierce one, and Cornell University is out front now with a set of bots small enough to sit on a human hair but that can move on their own using nothing but light as a power source.”

DeepMind’s New Chatbot Uses Google Searches Plus Humans to Give Better Answers
Melissa Heikkilä | MIT Technology Review
“The trick to making a good AI-powered chatbot might be to have humans tell it how to behave—and force the model to back up its claims using the internet, according to a new paper by Alphabet-owned AI lab DeepMind. In a new non-peer-reviewed paper out today, the team unveils Sparrow, an AI chatbot that is trained on DeepMind’s large language model Chinchilla. …The model managed plausible answers to factual questions—using evidence that had also been retrieved from the internet—78% of the time.”

There’s New Proof CRISPR Can Edit Genes Inside Human Bodies
Emily Mullin | Wired
“Last year, Intellia Therapeutics was the first to demonstrate that this was possible for a disease called transthyretin amyloidosis. And last week, the Cambridge, Massachusetts-based biotech company showed in-the-body editing in a second disease. …The diseases involve two different genes, and in both cases Crispr was able to safely and successfully edit them. ‘This shows us that we can have exactly the same kind of results in a totally different gene,’ says John Leonard, Intellia’s CEO.”

NASA’s DART Mission Aims to Save the World
Ned Potter | IEEE Spectrum
“On Monday at 7:14 p.m. EDT, if all goes well, the little spacecraft will crash into an asteroid called Dimorphos, about 11 million kilometers from Earth. …Mission managers hope the spacecraft…will nudge the asteroid slightly in its orbit, just enough to prove that it’s technologically possible in case a future asteroid has Earth in its crosshairs. …’We are moving an asteroid,’ said Statler. ‘We are changing the motion of a natural celestial body in space. Humanity’s never done that before.’i”

How We’ll Transplant Tiny Organ-Like Blobs of Cells Into People
Jessica Hamzelou | MIT Technology Review
“To the naked eye, organoids aren’t much to look at. They’re basically tiny blobs. Closer inspection reveals their true complexity: these lab-grown balls of cells can resemble miniature organs. So far, organoids have mostly been used for research. But teams have started transplanting them into animals with the hope of curing disease. Humans are next—albeit some way off. Let’s say in 10 years … maybe.”

An End to Doomerism
Hannah Ritchie | Big Think
“The issue is that people mistake optimism for ‘blind optimism’—the blinkered faith that things will always get better. Problems will fix themselves. If we just hope things turn out well, they will. Blind optimism really is dumb. And it’s not just stupid, it’s dangerous. If we sit back and do nothing, we will not make progress. That’s not the kind of optimism that I’m talking about. Optimism is seeing problems as challenges that are solvable; it’s having the confidence that there are things that we can do to make a difference.”

The Wild Plan to Export Sun From the Sahara to the UK
Charlie Metcalfe | Wired
“The new XLCC factory, to be built at Hunterston in 2023, will not generate electricity. Instead, the site’s 900 workers plan to create four high-voltage, direct current (HVDC) electricity cables that will stretch 3,800 km from Britain’s south coast, beneath the sea, to a patch of desert at ​​Guelmim Oued Noun in central Morocco. From there, they’ll provide enough energy to power 7 million British homes and 8 percent of the UK’s total electricity requirement with 10.5 gigawatts of Saharan sun and wind by 2030.”

Is the Hyperloop Doomed?
Eric A. Taub | The New York Times
“Though some efforts continue, the once-promising technology has run up against significant challenges—most notably creating an entirely new transit infrastructure. …That means constructing miles-long systems of tubes and stations, acquiring rights of way, adhering to government regulations and standards, and avoiding changes to the ecology along its routes.”

The World’s Largest Four-Day Work Week Experiment Shows Success
Kevin Hurler | Gizmodo
“The workplace experiment in the United Kingdom has reached its halfway point after three months and some of the firms even plan on making the change permanent. …Results also include 86% of survey respondents indicating that they would be likely or extremely likely to retain the four-day work week, while a total of 46% of respondents reported some increase in productivity.”