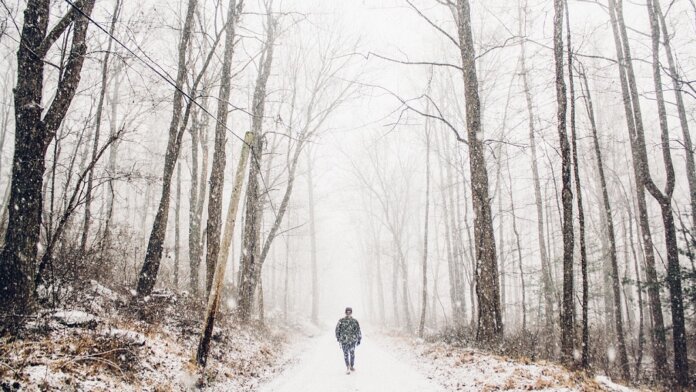 From painkillers to antihistamines to caffeine and beyond, we’ve found many ways to get our bodies to tolerate uncomfortable circumstances, for better and for worse. Now DARPA wants to add another to the list: getting the human body to better tolerate extreme cold.

The idea doesn’t sound like a great one at first glance; our bodies aren’t made to live in the cold, nor even withstand it for more than a little while. Our teeth start to chatter, we shiver, and eventually lose feeling in extremities, all signals that we need to get ourselves warm, stat—otherwise we can get hypothermia, frostbite, or worse.

The Defense Advanced Research Projects Agency (DARPA) has a few different motives for this research, but the primary one shouldn’t be surprising (though it’s still a bit creepy, in my opinion): enabling soldiers to be comfortable in cold places for long periods of time. The technology, if successful, could also be used to help explorers or adventurers (at high altitudes where it’s cold or in places like Alaska or the Arctic, for example) better tolerate cold, or to treat hypothermia patients.

Last week, Rice University in Houston announced that one of its assistant professors of bioengineering, Jerzy Szablowski, received a Young Faculty Award from DARPA to research non-genetic drugs that can “temporarily enhance the human body’s resilience to extreme cold exposure.”

Thermogenesis is the use of energy to create heat, and our bodies have two different ways of doing this. One is shivering, which we’re all familiar with. The other, which Szablowski simply calls non-shivering thermogenesis, involves burning off brown adipose tissue (BAT), or brown fat.

This type of fat exists specifically to warm us up when we get cold; it stores energy and only activates in cold temperatures. Most of our body fat is white fat. It builds up when we ingest more calories than we burn and stores those calories for when we don’t get enough energy from food. An unfortunate majority of American adults have the opposite problem: too much white fat, which increases the risk of conditions like heart disease and Type 2 diabetes.

While white fat is made of fatty acids called lipids, brown fat is dense in mitochondria (the component of cells where energy production occurs). When we get cold our bodies start pumping out the hormone norepinephrine, which attaches to receptors on brown fat cells, signaling the mitochondria to create energy—and warming us up in the process.

Szablowski will be trying to find ways to boost the BAT response. “If you have a drug that makes brown fat more active, then instead of having to spend weeks and weeks adapting to cold, you can perform better within hours,” he said. He added that his research will focus on finding a site to intervene in the BAT response, “like a protein or a process in the cell that you can target with a drug.”

Is it possible to change the body’s normal BAT response without needing to burn through more brown fat, which healthy adults don’t have a ton of to spare? We’ll see. Though white fat and brown fat have different compositions, it’s possible that Szablowski’s research could lead to new ways to eliminate white fat and treat obesity as well.