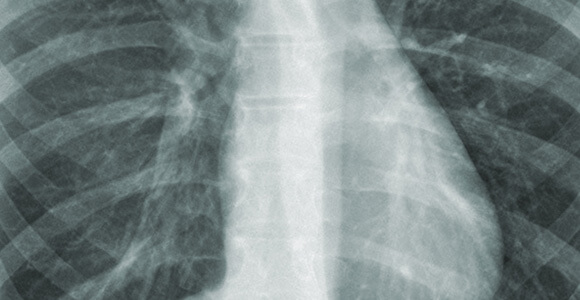 The great promise of the Internet was that it would bring power to the people by democratizing information. Experts say it has a ways to go, but in the medical field, as diagnostic methods leveraging mobile technology continue to reach more doctors and clinics, individuals are seeing concrete benefits in the form of better healthcare.

In recent years, ultrasound machines and eye exams have gone mobile, for example, and tiny portable lab kits have popped up to diagnose a number of diseases.

But an Irish venture, Experior Medical, is taking an indirect route to better care: It gives doctors practical experience via mobile device so they provide better care. Users of the company’s moniker app practice reading real X-ray images on an iPad in their downtime.

While a broken femur is easy to see, a tiny cancerous growth may not be, and doctors don’t ever get much practice spotting rare conditions.

“The App contains thousands of typical X-ray images. While some are  obvious, some aren’t, but they are typical X-rays that doctors would see in an emergency department,” said Experior CEO Tom Lynch (pictured below).

Experior aims to prepare them for those rare but important occasions. It asks doctor-users to diagnose a series of real X-ray images and provides feedback on how they did. (X-rays can diagnose enlarged heart and digestive tract problems, among other things.) The app displays the correct diagnosis for every image along with the percentage doctor-users who correctly identified it. It also points to the particular user’s overall strengths and weaknesses and recommends study materials to address the weaknesses. 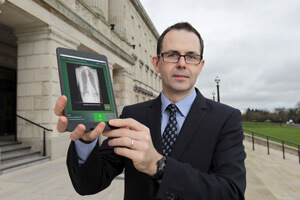 Medical trials of the app will start in Northern Ireland later this year, and Experior says thousands of doctors are already using the app.

The regular Singularity Hub reader may be wondering about using a smartphone or tablet not just to view but to produce X-ray images. There are a number of innovations leading in that direction, but none are yet included in Smartphone Physical, a sort of medical white list for smartphone medical add-ons and applications.

Tribogenics is using an alternative phenomenon to X-rays, called triboluminescence, to produce images a handheld diagnostic tool that provide images of the inside of the body.

And a research project from the University of Texas at Dallas made headlines in 2012 when it demonstrated a smartphone-compatible chip that measures terahertz invisible to the human eye, but it delivered the cartoon version of X-ray vision — seeing through walls, rather than assessing the density of body parts including bones and hearts and tumors.

Note: A previous edition of this story mistakenly featured the photo of the wrong Tom Lynch.