DARPA Explores Virtual Reality as the Future of Cyberwarfare 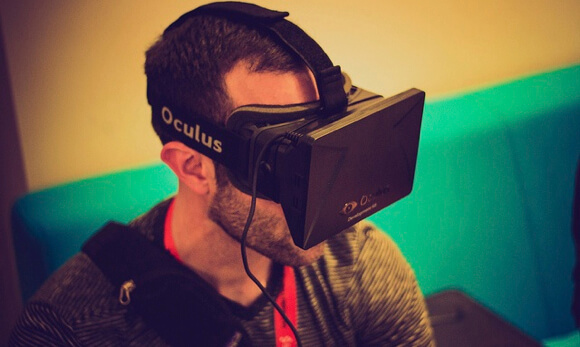 In William Gibson’s sci-fi novel, Neuromancer, hackers jack-in to an internet-like virtual world called the matrix. Instead of working with lines of code, they’re digitally embodied in a realm where computers, programs, and the paths connecting them are represented as 3D objects—hacking the matrix is more like a video game.

When the book was first written, the internet’s forerunner was already in place. The Defense Advanced Projects Agency (DARPA) had been linking computer terminals across the US in a network called ARPANET since 1969. But Gibson’s vision of cyberspace, or as he described it then, “a consensual hallucination experienced daily by billions of legitimate operators,” didn’t really get momentum until the mid-1990s.

Today, of course, that “consensual hallucination” is every bit as ubiquitous as he suggested it would be. Except for one thing. We don’t jack-in online, we browse the virtual using screens and keyboards on laptops or mobile devices. Just two years ago, Gibson’s virtual reality internet still seemed a distant dream (at best).

But a lot can change in a few years.

The same organization that first began experimenting with the internet is jumping into virtual reality for hackers. DARPA’s Plan X program wants to make cyberwarfare more like warfare in the real world—where future cyberwarriors clash in an immersive virtual reality simulation of the internet. 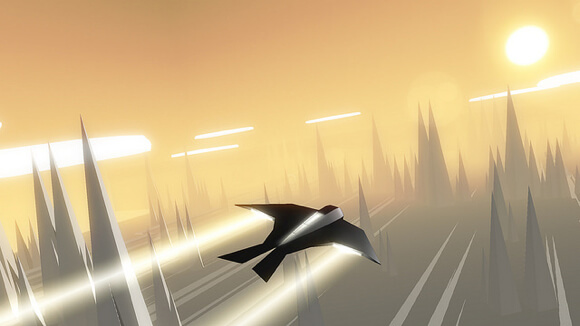 The idea is to make cyberwar easier to wage, more routine, and more predictable. Currently, operations are ordered by the Pentagon but conducted by coders. A granular understanding of the most intimate workings of the internet and its nodes is required. Each virus or firewall is carefully constructed, handmade, and intricate.

Plan X would change that.

Instead of bespoke cyberweapons, the project would build more standardized weapons with more predictable outcomes. And instead of lines of code, these weapons would be represented by images or icons, and the global network of computers would become a virtual world into which weapons and defenses could be deployed.

Militaries might one day launch cyberattacks as easily as drag-and-drop.

The Plan X interface could, of course, be strictly two dimensional, like a game played on touch screens or televisions with handheld controllers. But DARPA tends to look ahead a step or two, and they foresee a future in which virtual reality is the norm. To that end, they’re experimenting with the Oculus Rift virtual reality headset.

The Rift is the invention that’s got everyone from couch-bound gamers to the Pentagon all atwitter about the newly reborn promise of virtual reality.

Though still a prototype, a commercial version of the Rift is due out later this year or early next. Users strap a black visor, about the size of a loaf of bread, onto their head and peer through two special eyepieces. On the other side, a screen is split in two. The two halves display a video game from slightly different perspectives. In the real world, this is called parallax, and it’s what allows us to see in three dimensions.

Because the Rift is 3D and has a very wide field of view (users can’t see the edges), it provides a highly immersive experience. But the real breakthrough—the thing that makes you feel like you’re in the virtual world—is that the Rift’s motion sensors detect the movement of your head and translate it to the game. When you look left or right, the display (nearly) instantly and (almost) imperceptibly adapts.

Why this might be exciting for video games is pretty obvious, but DARPA thinks it might be used to visualize the very infrastructure of the internet too.

“You’re not in a two-dimensional view, so you can look around the data. You look to your left, look to your right, and see different subnets of information,” DARPA’s Plan X program manager Frank Pound told Wired. “With the Oculus you have that immersive environment. It’s like you’re swimming in the internet.”

Users navigate the prototype interface with two handheld Razer Hydra controllers. The software presents a spherical network of computers and associated missions to choose from. You choose your mission, pick from various actions and tools represented by icons, and get started trying to achieve the objective while an enemy user counterattacks with their own cyberweapons.

The prototype isn’t close to being ready for deployment, but it is a teaser of how a more fully developed Project X scenario might play out. That is, it’ll be more like a video game and less like military programmers doing battle with lines of code.

You’d have a weapon or defense with attributes—like a sword, shield, or gun in a game—and you’d know how it interacts with the enemy, how much damage it might save or inflict. A gamer doesn’t need any knowledge of the coding that went into the weapon or the world to be a highly skilled player. He just needs to know the rules of the game.

This vision of the future, however, won’t happen tomorrow. It’s probably at least a few years out. Project X is expected to run through 2017. And though DARPA’s experimenting with the Rift, it might not be their final hardware. Though they may use a more advanced version of the Rift, they might also find something better later on.

But the fact that DARPA’s investigating the Rift and virtual reality at all is notable.

The agency was intimately involved early on with GPS, autonomous drones, and, of course, the internet. Its projects have a fairly impressive track record of making a big impact well beyond the military. And while the agency is by no means the only one driving the virtual reality renaissance, its involvement may signal VR’s potential.

Other recently publicized DARPA projects include robots and self-driving cars. We’re seeing those technologies edge toward the mainstream. Might virtual reality be next? Might the other half of Neuromancer’s vision be poised for primetime?

Of course, Neuromancer’s hackers access the virtual world by way of a more direct, biological interface which is much further away. But the Rift demonstrates realistic immersion is possible. It may only be a matter of ingenuity, funding, and hard work before everyone—not just the military—can “jack-in” and browse the matrix.