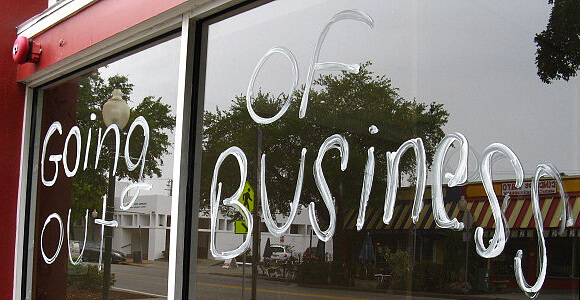 Nobody ever has a bad day in Silicon Valley. Seriously. Not ever.

Of course this isn’t true. Every day people have bad days in Silicon Valley. They get fired and divorced and demoted, and their startup is tanking, and their kids won’t stop screaming, and the car won’t start, and the mortgage payment is due and all the rest—yet you rarely hear much about it.

Sure, occasionally, someone may sit you down to talk through some “issues” surrounding raising capital or the occasional “messaging” problem, but it’s rare to have a deep, intimate, personal conversation (though big think conversations abound) about the current state of the ass-kicking life is dishing out.

Before we get into the reasons I’m bringing this up, I want to first try to flesh out this idea a bit via comparison. I have lived in 17 cities in my life and one of the things I’ve noticed is emotive expression—a term I’m using to get at the depth of intimacy people display—is heavily influenced by both geography and culture.

For example, I live in Northern New Mexico (though am in SV about one-fifth of the year). This region is very, very heavy with Penitentes—a branch of Catholicism that believes individual should atone for their sins via self-flagellation, carrying heavy crosses, and the like. To put this in different terms, Northern New Mexico culture is built, at least in part, on suffering. Suffering is a badge of honor. Thus, when you bump into someone at the grocery store, most of the time, after you ask how they are, the answer you get is about what new illness or catastrophe is currently plaguing them or their families.

Or take the Midwest. I grew up in Illinois and Ohio and went to college in Wisconsin. From my time there, I can tell you the standard “work hard, don’t lie” Midwest creed, extends into how folks from the center of the country express emotion. People have bad days in the Midwest. And they’ll tell you about it. But they don’t wallow. The culture is built on a “soldier on” mentality, so what you hear about there is the massive roadblock they (that is, Midwesterners) encountered, but the conversation quickly shifts to what they’re doing to get beyond it.

But this kind of emotive expression isn’t typical in Silicon Valley, at least not in my experience. And in other people’s experiences as well. Jessica Bruder in a great article for Inc. about the “psychological price of entrepreneurship” noticed something similar:

Successful entrepreneurs achieve hero status in our culture. We idolize the Mark Zuckerbergs and the Elon Musks. And we celebrate the blazingly fast growth of the Inc. 500 companies. But many of those entrepreneurs, like Smith, harbor secret demons: Before they made it big, they struggled through moments of near-debilitating anxiety and despair–times when it seemed everything might crumble.

Until recently, admitting such sentiments was taboo. Rather than showing vulnerability, business leaders have practiced what social psychiatrists call impression management–also known as “fake it till you make it.” Toby Thomas, CEO of EnSite Solutions (No. 188 on the Inc. 500), explains the phenomenon with his favorite analogy: a man riding a lion. “People look at him and think, This guy’s really got it together! He’s brave!” says Thomas. “And the man riding the lion is thinking, How the hell did I get on a lion, and how do I keep from getting eaten?”

The reason I mention this is because one of the core philosophical tenets in Silicon Valley is “Fail Fast, Fail Often, Fail Forward.” This idea shows up everywhere. Blogs, articles, books (including my own, see Abundance). Hell, Facebook has a sign hanging in their main stairwell reading: “Move Fast, Break Things.”

And for good reason. This is a great tenet. Rapid iteration, especially in this era of exponential technology, is fundamentally critical to success. Fast failure is the fuel that drives the rapid iteration engine. This is why Reid Hoffman famously said: “If an entrepreneur isn’t embarrassed by their first launch, then they launched too late.” The whole minimum viable product ethos is about failing faster, so is iterative design and agile manufacturing and many of the biggest business ideas around today.

But the entire subtext of the failure motto is to diagnose the error, learn from it, and move on to the next iteration as quickly as possible. To do this, you can’t hide the failure, you must bring it out into the sunlight and analyze the ever-living hell out of it.

Yet, in the interpersonal lives on Valley denizens (and entrepreneurs in general), people fail just as fast, but these failures are never celebrated. They’re not diagnosed. Mostly, they’re hidden away. Mostly, it’s like they never happened.

In other words, there’s a hidden emotional cost to all this emphasis on failure, but no one wants to talk about paying that piper. Failure is emphasized, but the fact that failing is depressing, demoralizing and debilitating doesn’t come into the discussion.

Two issues. First, by ignoring the emotional side of this coin, you’re loosing critical information—information about what went wrong and what can go right next time.

Second, not many of us are that tough. Not over the long haul. Bury this kind of deep pain too often and, as we all know, sooner or later it’s coming back with a vengeance.

Not that I have any real suggestions here. My only thinking is that if we’re going to emphasize and even incentivize failure, then it might be useful to find a way to manage the emotional fallout. Meaning, with all this technological innovation coming out of Silicon Valley (and other entrepreneurial hotbeds), isn’t it time for a little emotional innovation as well.