Gene Therapy Had a Breakthrough 2017—2018 May Be Even Better 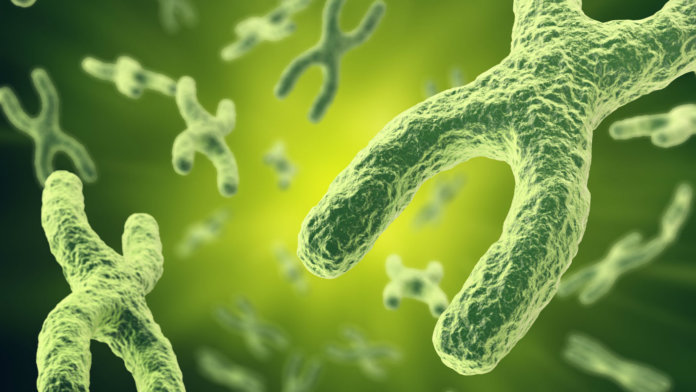 Gene therapy had a hell of a 2017. After decades of promises but failed deliveries, last year saw the field hitting a series of astonishing home runs.

The concept of gene therapy is elegant: like computer bugs, faulty letters in the human genome can be edited and replaced with healthy ones.

But despite early enthusiasm, the field has suffered one setback after another. At the turn of the century, the death of an 18-year-old patient with inherited liver disease after an experimental gene therapy treatment put the entire field into a deep freeze.

But no more. Last year marked the birth of gene therapy 2.0, in which the experimental dream finally became a clinical reality. Here’s how the tech grew into its explosive potential—and a sneak peek at what’s on the horizon for 2018.

It sounds like magic: you harvest a patient’s own immune cells, dose them with an injection of extra genetic material, and turn them into living cancer-hunting machines.

But in 2017, the FDA approved a double whammy of CAR-T immunotherapies. The first, green-lighted in August, helps kids and young adults battle an especially nasty form of leukemia called B-cell acute lymphoblastic leukemia. Two months later, a therapy for adults with non-Hodgkin lymphoma hit the scene.

Together, these approvals marked the long-anticipated debut of gene therapy in the US market. Previously, Europe has led the charge with its approval of Glybera in 2015, a gene therapy that reduces fatty acid buildup in the bloodstream.

The historic nod of confidence for CAR-T has already sparked widespread interest among academics and drug companies alike at finding new targets for the upgraded immune cells (the “T” in “CAR-T” stands for T-cell, a type of immune cell). CAR-T is especially exciting for the cancer field because it helps people who don’t respond to other classic treatments, such as chemotherapy.

Already in the works are treatments that target multiple myeloma, which causes multiple tumors in the bone or soft tissue, and glioblastoma, an aggressive brain tumor for which there is no cure.

But the technology’s potential is hardly limited to cancer. Last year, a preliminary study in two monkeys showed that genetically engineered stem cells can suppress and even eradicate HIV infections. The study, though small, tantalizingly suggests a whole new way to battle HIV after three decades of fruitless search for a vaccine. With multiple CAR-T therapies going through the pipeline, 2018 may very likely welcome new members onto the gene therapy scene.

2. A new hope for genetic diseases

Just before Christmas, the FDA dropped another bombshell with its approval of Luxturna, the first gene therapy that targets mutated DNA in a specific gene.

Made by Spark Therapeutics, it offers a one-time solution to patients with a rare form of inherited blindness. The company justified its hefty price tag—$850,000, the most expensive on the US market—with the promise of a rebate if certain vision thresholds aren’t met 30 months after the treatment.

Unlike CAR-T, Luxturna works in a classic “find-and-replace” manner. The treatment uses a virus to insert a functional piece of DNA into the eyes to override a defective gene. In this case, it’s the RPE65 gene, and the virus is directly injected into the eyes.

Although marketed as a one-time solution, Luxturna isn’t technically a cure. The therapy has been shown to delay or halt progressive blindness in patients, but the lack of long-term follow-up data makes it difficult to say whether the benefits can last decades.

In 2017, a 44-year-old man became the first person to receive a gene-editing therapy that directly modifies his cells. Here, the therapy used an older gene-editing tool called zinc finger nucleases, which corrected a genetic error that throws the body’s metabolism out of whack and slowly destroys its cells. While the therapy worked initially, the benefits didn’t last.

Going forward, scientists will have to figure out a way to make the treatment stick. One potential solution is to engineer better carriers, so that components in those carriers will keep spurring the body to express the healthy gene.

That said, even temporary relief may save lives.

A study from last November showed that all fifteen children with spinal muscular atrophy who were treated with gene therapy—a single injection into the vein—survived the disease. Scientists weren’t just blown away by the dramatic results. The study introduced a new virus that could carry the payload safely and directly into the brain through the bloodstream—something long sought-after.

In another dramatic case published a few days later, scientists helped a seven-year-old boy regain most of his skin, which had peeled off due to an inherited disease called epidermolysis bullosa (EB).

The team replaced a defective gene with a healthy copy in the boy’s skin stem cells, then grew those cells into large sheets of skin, which were later grafted onto the boy. This was the second attempt in which the treatment worked—and more are slated to come.

3. CRISPR coming to a human near you

In its current form, CRISPR isn’t technically gene therapy. Rather than replacing a diseased gene with a good one, it goes into the nucleus and directly cuts out faulty genes.

But the hotshot gene editor could potentially overhaul gene therapy as we know it—and 2018 may kick off its reign.

CRISPR Therapeutics, based in Cambridge, has already sought approval from European regulatory agencies to begin a trial to fix a genetic defect that causes beta thalassemia, an inherited blood disorder. Also on their agenda is sickle-cell disease; the company is gearing up to seek FDA approval in early 2018 to conduct CRISPR-based trials in the US.

Hot on its heels is Stanford University. Like CRISPR Therapeutics, the school seeks to start a human trial for sickle-cell disease in 2018. Stanford’s approach is slightly different than that of the company: rather than fixing the faulty gene outside the body, Stanford plans on making edits directly inside patients.

That’s not all. A wealth of pre-clinical trials in 2017 suggests that CRISPR shows promise for a myriad of inherited diseases. In mice, it alleviates genetic-based hearing loss and extends lifespan in people with Lou Gehrig’s disease. Clinical studies using the technology for multiple types of cancer are amped up and ready to go.

Last year saw three incredible improvements to CRISPR 1.0. In one study, researchers modified the tool to target a single DNA typo instead of a gene in human cells. This opens the door to treatments for thousands of diseases: mistakes in a single base pair account for roughly half of the 32,000 mutations linked to human disease.

The tool further broadened in scope when it was redesigned to tinker with epigenetics—factors that alter the activity of a gene, rather than the gene itself. CRISPR itself may cause new harmful mutations when it cuts DNA, a long-beleaguered fact that’s been tough to deal with. Because this revamped version keeps DNA intact, it solves that “major bottleneck” of a problem.

Finally, CRISPR was also adapted to cut RNA—the molecule that helps DNA make proteins. Killing the messenger has advantages: because RNA is constantly being made, the edits aren’t permanent.

RNA is a long-time favorite target for scientists trying to delay or halt neurodegeneration—diseases that kill off brain cells, including Huntington’s disease. An RNA-targeting CRISPR will likely prove to be an invaluable new tool.

Without doubt, 2017 has been a great year for gene therapy. But the field isn’t without problems. Many words have been spilled on its mind-boggling price tag, its reliance on virus carriers, and its inability to target deeper organs such as the heart and brain.

Recently, a surprising pre-print study revealed that some humans may have pre-existing immunity to the CRISPR system’s enzyme, Cas9. The study hasn’t yet been peer-reviewed; however, if the results hold up to scrutiny, scientists may have a few more barriers to cross on the road to CRISPR therapeutics.

But these recent successes paint an overwhelmingly rosy picture. Now’s the time to be optimistic—and who knows what more 2018 will bring?