How to Unlock Creative Collaboration With Presence and Play 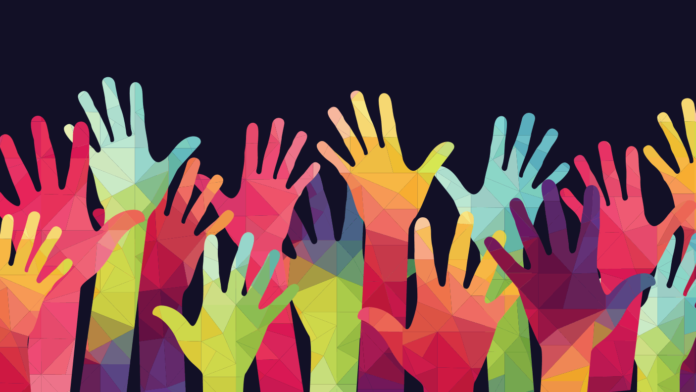 Dan Klein is an improviser, performer, and educator. For the last 20 years, Dan has been teaching classes on improvisational theater, creativity, and storycrafting to Stanford students and executives around the world. He believes the practices of improv are teachable, learnable, and have the power to unleash creative problem solving and collaborative innovation.

We spent time with Dan exploring his philosophy on improv, and how we can all benefit from practices of structured play and spontaneous possibility.

Lisa Kay Solomon: How do practices of improv help us get into a more creative and open mindset?

Dan Klein: The essence of improvisational practice is that we have to be present.  Most forms of theater operate off a pre-planned script.  One of the things that happens when we’re acting off something already scripted is we’re planning ahead.  Improv doesn’t have a script. It asks us to focus our attention entirely on the present—on what’s happening right now.

“As soon as you get the ego out of it, great work happens.”

The other thing central to improv is that it’s not about you; it’s about your partner. And your job is to make your partner look good, to give them a good time, to make sense of what they say and do and, in a sense, to celebrate them. And that takes all the pressure off of yourself.

As soon as you get the ego out of it, great work happens. It doesn’t matter what you were thinking in the moment. What your partner just said is a thousand times better. When we’re in that open and generous mode, amazing things happen. Our own creativity naturally gets unlocked, but we’re not trying to unlock it. We’re just there for our partner.

LKS: You’ve been teaching improvisation to Stanford students and industry executives for nearly 20 years. What are some of the unique skills of improvisation? How are they learned?

DK: Thanks to the success of Saturday Night Live and Chicago’s Second City improv theater, infamous for launching comedic actors like Steve Carell, Amy Poehler, and Tina Fey, among others, there is popular belief that improvisation is purely comedy based. A lot of people come to improv thinking they are going to learn to be funny.

When I first started, I was very intrigued at the idea of making people laugh, but when I got into the classroom, I realized that’s not the best way to go about it. I’ve learned that one of the worst things you can do as an improviser is try to make a joke. More often than not, your joke won’t work and then you’ll have a silence that is the worst death you can imagine.

“Everybody has the capacity to notice what’s going on, pay attention, and then add a little bit.”

And so you learn that rather than try to steal the scene by being funny, it’s much better to respond to what’s unfolding in the moment, and to focus on helping your partner look good. It turns out that what you can create together is funnier than you ever thought it could be.

That was a fundamental lesson in that first class. We’re not capitalizing on the skill that you already have. We’re recognizing that everybody has the capacity to notice what’s going on, pay attention, and then add a little bit. And, if you do those things, you don’t have to be clever or funny or interesting. You have to learn how to pay attention and respond to what’s next.

Over the years, I’ve found it’s almost impossible for me to predict which students will be the most exciting to watch on stage. It’s not the ones that look like they’re going to be the best. It surprises me almost every class who holds our attention the most. I do think it’s learnable. I might be wrong, but I’ve staked my entire career on the concept that improv is learnable.

LKS: How can improv help us get more comfortable with taking risks and learning from failure?

DK: When I work with any group, whether they’re students or executives, I often start with a game that intentionally exposes them to failure. I want them to experience how we respond to failure. Our normal reaction is to tense up. We wince, or flinch, or cringe almost instinctually. We physically and literally guard or protect ourselves. My theory is that we’re defending ourselves in case we’re about to be punished.

But that response is not resilient or responsive or generative or agile. And those are all the things we want people to do in their work—especially when things get more complex. So one of the first things I do is have people experience the exact opposite response to failure. We want to celebrate failure. We want to embrace it as an indication that we’re on the right track. If we’re messing up, we’re in new creative territory. Mistakes are opportunities. Mistakes are gifts.

Mistakes don’t just offer us a chance to learn, but oftentimes they’re a chance to discover something new that nobody was planning. The other thing that I think is incredibly powerful is that when we give each other permission to make mistakes, we bond even faster, and I think that’s maybe the secret sauce.

LKS: In this moment, where it feels like a lot of the strategic challenges we’re facing are ones that don’t have answers, how can improv help us discover new ideas?

DK: Improv is a form of play and discovery. It requires us to get into a more open mode of collaborating by setting up different rules than the ones we’ve learned to impose on ourselves.

If you think about it, when we were kids, we used play to discover the world. That’s how we formed connections, and that’s how we learned about social dynamics. As we get older, we enter worlds that don’t value play in a measured way. Most of our education and professional environments focus more on execution and performance.

I work with extremely high achieving students who tell me all the time that they feel like they used to be creative when they were a kid. It was a part of themselves that they really valued, and it doesn’t seem to be happening anymore. So I think part of my job is to show them ways to get that creativity back. I help them reconnect to their playful selves and help them find inner sources of inspiration. When do they delight? When do they get inspired?

In improv, the key is not just finding this out for yourself but also creating that authentic engagement and delight for others. There’s a moment that an improviser has to pay really careful attention to their partner and they’re making eye contact as often as they can. You’re looking into your partner’s eyes, and the great improvisers are trying to get their partner’s eyes to light up. That’s when you know you’ve created something special.

Note: The above responses were edited for length and clarity. 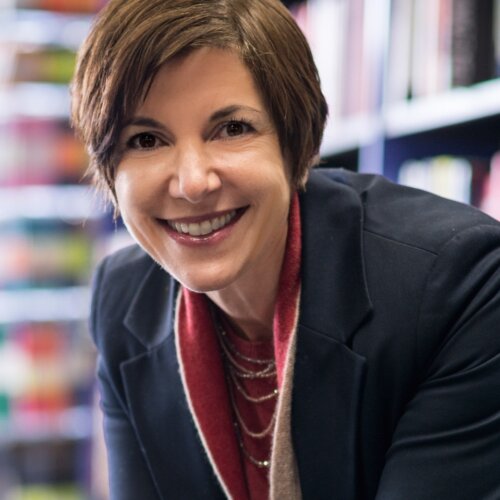