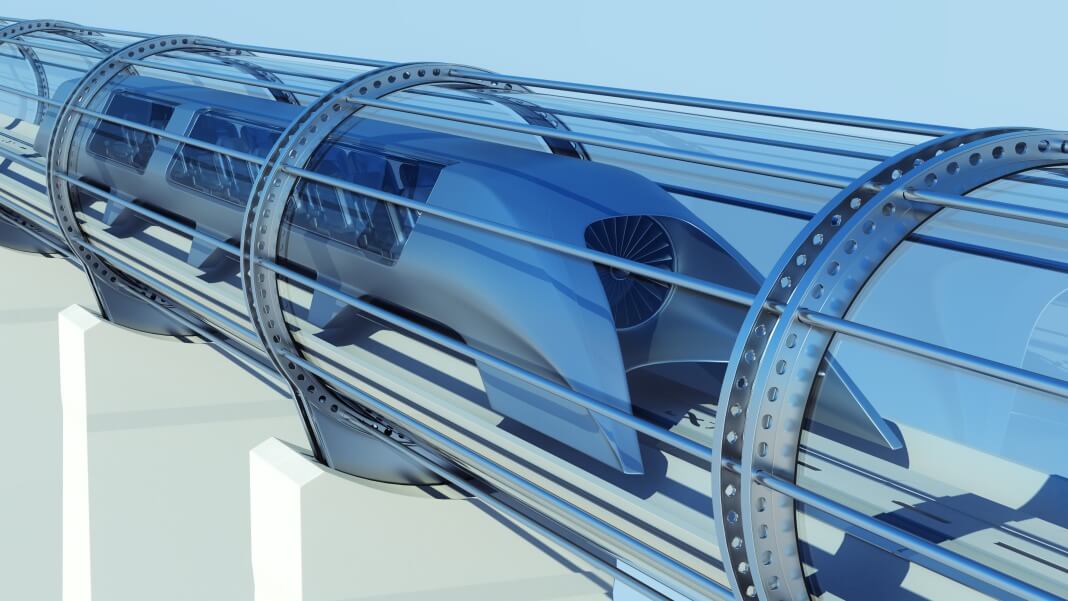 Tech titans are eager to reimagine how we will travel in the coming decades, but whose vision will win out?

Last week Elon Musk and Uber CEO Dara Khosrowshahi got in a back-and-forth on Twitter over whether flying cars will be the next big thing in transportation. Musk was responding to Khosrowshahi’s reported claim that the technology would make it unnecessary to dig tunnels for a Hyperloop—Musk’s vision of passenger pods flying through vacuum tubes at hundreds of miles per hour.

If you love drones above your house, you’ll really love vast numbers of “cars” flying over your head that are 1000 times bigger and noisier and blow away anything that isn’t nailed down when they land

The Tesla and SpaceX founder pointed out the noise and potential eyesore widespread use of flying cars would cause. Khosrowshahi, whose company is pushing flying cars with its Elevate initiative, responded by saying improved batteries and multiple smaller rotors would reduce both noise and pollution.

Both of their visions for the future of transport are still very much in the concept phase, but the spat raises the interesting question: Which is the more compelling?

Flying cars have been just around the corner for decades, and despite concept vehicles dating back to the middle of the last century, none has ever made it into production. There are reasons to believe things are starting to change though.

Drone technology is providing a compelling model for how to reimagine flying cars. While the concepts of the past were generally cars with wings, recent years have seen the emergence of a new breed of electrically-powered, often autonomous, multi-rotor passenger vehicles.

Chinese startup Ehang released footage last month of people riding in its autonomous passenger drone. According to CNN, the company has been flying passengers since 2015, but this is the first time they’ve released the footage.

Airbus’ self-piloting Vahana multi-rotor concept also completed its first test flight in January, and at the time, the company said it plans to have a production version ready by 2020. As I detailed last July, there are a number of other startups with working prototypes as well.

Building these things is only part of the problem. At present it’s not clear what rules these vehicles would be governed by—standard aviation rules or new drone regulations being formulated to deal with the desire of companies like Amazon to carry out airborne deliveries.

This will probably depend on the level of autonomy vehicles have. The fully autonomous eHang is essentially not that different from a delivery drone, just with human cargo. But the vision Uber outlines in its Elevate whitepaper is of human pilots supported by partial autonomy, which the company says could already operate in urban areas under the same rules as helicopters.

Uber concedes that for the idea to scale, new aircraft traffic control systems able to cope with thousands of drones and flying cars at low altitude will be needed. NASA is currently researching just such a system due to be implemented by 2025 at the latest, and Uber recently announced it was participating in the project, so the problem may have been solved by the time these vehicles are ready to take to the sky.

It remains to be seen what the business model would be though. Uber envisages the same kind of ride-hailing service it provides today, but with passengers embarking at dedicated roof-top “Vertiports.”

Given the infrastructure investment required to build a comprehensive network of such hubs, the large upfront costs of a fleet of flying cars, the limited range provided by near-term battery technology, and the cost of training pilots (or developing fool-proof autonomy), it’s hard to see it being an affordable and accessible service in the near term, despite Uber’s case to the contrary.

It may prove a greener, more seamless way for wealthy executives to flit from one rooftop helipad to another. But it seems unlikely to be the immediate solution to the recent finding that ride-hailing companies like Uber and Lyft are actually clogging our roads by pulling people off public transport.

Musk’s Hyperloop vision on the other hand is firmly centered on mass transit. He first outlined the idea of firing passenger pods down a vacuum tube between Los Angeles and San Francisco at 760 miles per hour back in 2013.

Just five years later and there are proposed projects from Chicago to Mumbai and several companies dedicated to bringing his open source design to life—most notably Virgin Hyperloop One, which is backed by billionaire business magnate Richard Branson.

While the Hyperloop is designed to provide a cheaper, greener, and faster alternative to short-haul flights or high-speed rail between cities, Musk has also revealed his visions for a more modest Loop system designed to work within urban areas. This would see a network of tunnels dug beneath a city with autonomous “electric sleds” running at 125 miles per hour that could transport cars or passenger pods between elevators that open directly onto the street.

While Virgin Hyperloop One’s passenger pod has hit a top speed of 192 miles per hour in an experimental 500-meter-long tube, the technology is further from realization than flying cars. And if funding the infrastructure to support the latter seems challenging, the cost of digging hundreds of miles of tunnels and filling them with depressurized, electrified tubes will make you wince.

In an effort to tackle this problem Musk has started The Boring Company, which aims to cut the cost of tunnelling from as much as $1 billion per mile in the US by more than a factor of 10. But tens of millions of dollars per mile is still a colossal amount of money.

Even if the money can be found, building these tunnels is likely to take a long time, particularly a sub-city network big enough to have a significant impact on congestion. And as UCLA urban planning expert Michael Manville notes in Popular Science, getting permission for even moderate extensions to existing subway networks has come up against decades-long legal challenges.

However, the project’s mass transit focus may make it more likely to garner support from policy-makers than efforts to bring flying cars to our cities. Bent Flyvbjerg, an Oxford University economist specializing in mega-projects, told The Guardian major infrastructure has always relied on large subsidies, so considering the environmental and efficiency gains, he sees no reason why Hyperloops shouldn’t get them too.

He also notes that Musk has been adept at corralling government funding in the form of grants, tax breaks, and environmental credits with his other ventures, even though the Boring Company has said it will not seek public funds for its projects.

Ultimately, flying cars and high-speed, sub-surface travel are probably not in competition. They fill different niches, so the success of one is unlikely to prevent the development of the other.

Would you prefer the future of transportation to be flying cars or Hyperloop? https://t.co/aGHmPwSh1E

At the moment, flying cars look closer to realization, but it’s unclear whether they can become more than an upgrade on the private helicopters most of us never use. The combination of Hyperloops and Loops on the other hand could live up to Musk’s promise of a “fifth mode of transport” that revolutionizes mass transit….if we can find the money to build it.