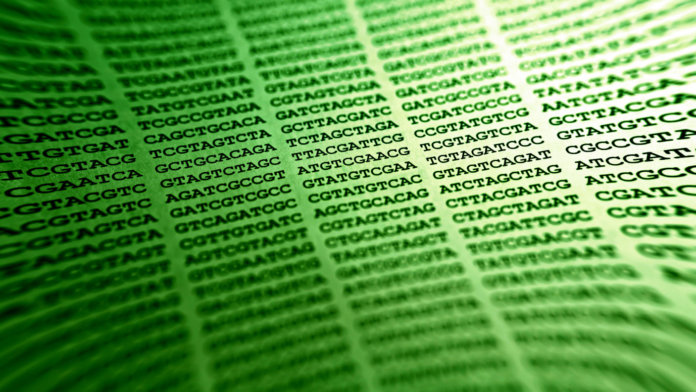 And now, finally, you’re ready to shed your cellular cocoon and head out into a cell-free world.

Ever since scientists successfully adopted the gene-editing tool for use in mammalian cells, CRISPR has been barricaded behind cell membranes. The gene-editing technology performs its magic by snipping away chunks of malfunctioning DNA and inserting healthy replacements. All of this cut-and-paste action had to occur within living cells—until now.

Last week, a study in the newly minted CRISPR Journal finally freed CRISPR from its cellular prison. By replacing the “scissor” component of CRISPR with an alternative version, a team from the Gene Editing Institute in Delaware developed a new CRISPR system that can snip at free-floating DNA in a test tube.

To help push the reactions along, the tube is filled with cellular extracts: a goop of enzymes and other biomolecules important for CRISPR to work.

So what’s the big deal?

Making CRISPR work outside a cell may seem like a strange academic pursuit, but the research team has two solid goals in mind when developing the system.

Before attempting treatment, clinicians often send a biopsy sample of the patient’s tumor for DNA sequencing. This critical step helps pin down the set of genetic mutations driving the growth or spread of that particular tumor.

With the new tool, scientists can accurately mimic those mutations on synthetic pieces of DNA in a test tube, essentially recreating the cancer in a safe, controlled environment. This gives scientists access to the biological pathways affected by the mutations and can help clinicians nail down a personalized treatment strategy.

Even more impressively, this type of diagnosis can be done in just one day. “This is particularly important for diagnostics linked to cancer care where time is critical,” said study author Dr. Eric Kmiec.

Kmiec isn’t the first to envision CRISPR as a diagnostic tool. In fact, one can even argue that outside gene therapy, diagnostics is CRISPR’s next big frontier. Previously, two groups introduced (the cheekily named) DETECTR and SHERLOCK tests that efficiently hunt down viruses such as Zika, dengue or—in the case of DETECTR—dangerous HPV strains that could lead to cervical cancer.

But Kmiec asserts that his invention requires “significantly” less time to recapitulate cancer outside the body, largely because of its ability to make multiple edits simultaneously.

The heat is on: realizing the potential—and profitability—of CRISPR as a diagnostic tool, Kmiec and colleagues are already looking for a commercial partner to develop the technology into a “CRISPR-on-a-chip” for cancer diagnostics.

Immediate applications aside, the team is also hoping to expand CRISPR therapeutics to a much broader set of human diseases. Current CRISPR tools are ideal candidates for curing diseases caused by mutations in a single gene, such as sickle cell disease or Huntington’s. But because Kmiec’s work targets multiple genes at the same time, it could potentially lead to therapies for diseases with more complex genetic origins—multiple mutations on multiple genes—as long as these mutations are well characterized.

Isolating CRISPR into a tube has another perk: it allows scientists to more clearly dissect what’s going on before, during, and after an edit. And with CRISPR rushing towards clinical trials, it’s essential to know how to make the technology more accurate and effective.

CRISPR has already achieved a lot, but the uncomfortable truth is that scientists still aren’t completely sure how it works once it gets into a cell. How do the tools interact with other bio-components in the cell? Does it only snip the targeted DNA, or can the scissors run rogue under certain circumstances?

“When you’re working with CRISPR inside a cell, you’re kind of working in a black box where you can’t really observe the gears of the machinery that are doing these amazing things,” said Kmiec. “You can see the results, the edits to the genes, but not necessarily how you got there, which is important for ensuring that CRISPR can be safely used to treat patients.”

By reducing CRISPR to a series of biochemical reactions inside a test tube, the team offers a way for scientists to peek into the complex molecular interactions that go on during a DNA cut and swap and during other processes.

It’s a purely reductionist approach. But it lets the cell-free system act like an Arduino, whereby scientists can easily tinker with the known CRISPR machinery and potentially cook up even more uses for this biological power tool—some of which we can’t even yet imagine.

The problem child turned out to be Cas9, the protein scissors typically used in CRISPR systems. When the team mixed it with plasmid DNA—a type of circular DNA that scientists often use to deliver genes into cells—in a test tube, the protein was completely ineffective.

The trick was to swap Cas9 with Cpf1 (aka Cas12a), another member in the ever-growing Cas protein library. First discovered in 2015, Cpf1 has already proven its usefulness for making transgenic mice and correcting a mutation that causes muscular dystrophy. More recently, Cpf1 was used in the DETECTR system to snag cancer-causing viruses. The protein has a seemingly bright future: the gene-editing company Editas licensed it for further development in 2016.

The swap did the trick. To help the CRISPR system along, the team extracted enzymes and biomolecules from a type of human kidney cell. For the first time, the CRISPR-Cpf1 system sprung into action inside a test tube.

In a series of experiments, the team proved that their cell-free system could recapitulate most common edits that CRISPR performs inside a cell. Interestingly, the scissors worked somewhat differently than Cas9.

When Cas9 takes a snip, it leaves ultra-smooth “blunt ends” on the cut DNA. This makes it more difficult to insert new pieces of genetic material. Because the ends are so smooth, the machinery needs to accurately align the replacement DNA chunk to slip it in place.

In contrast, Cpf1 leaves “sticky” ends. These pieces of DNA jut out like shoulders, forming a sort of Velcro that makes it easier to grab onto replacement DNA. This quirk could be why Cpf1 works better than Cas9 outside the cell, but the idea remains to be tested.

Kmiec’s system is just one example of how far CRISPR has come. As CRISPR continues to grow, its pioneers say, you ain’t seen nothing yet.