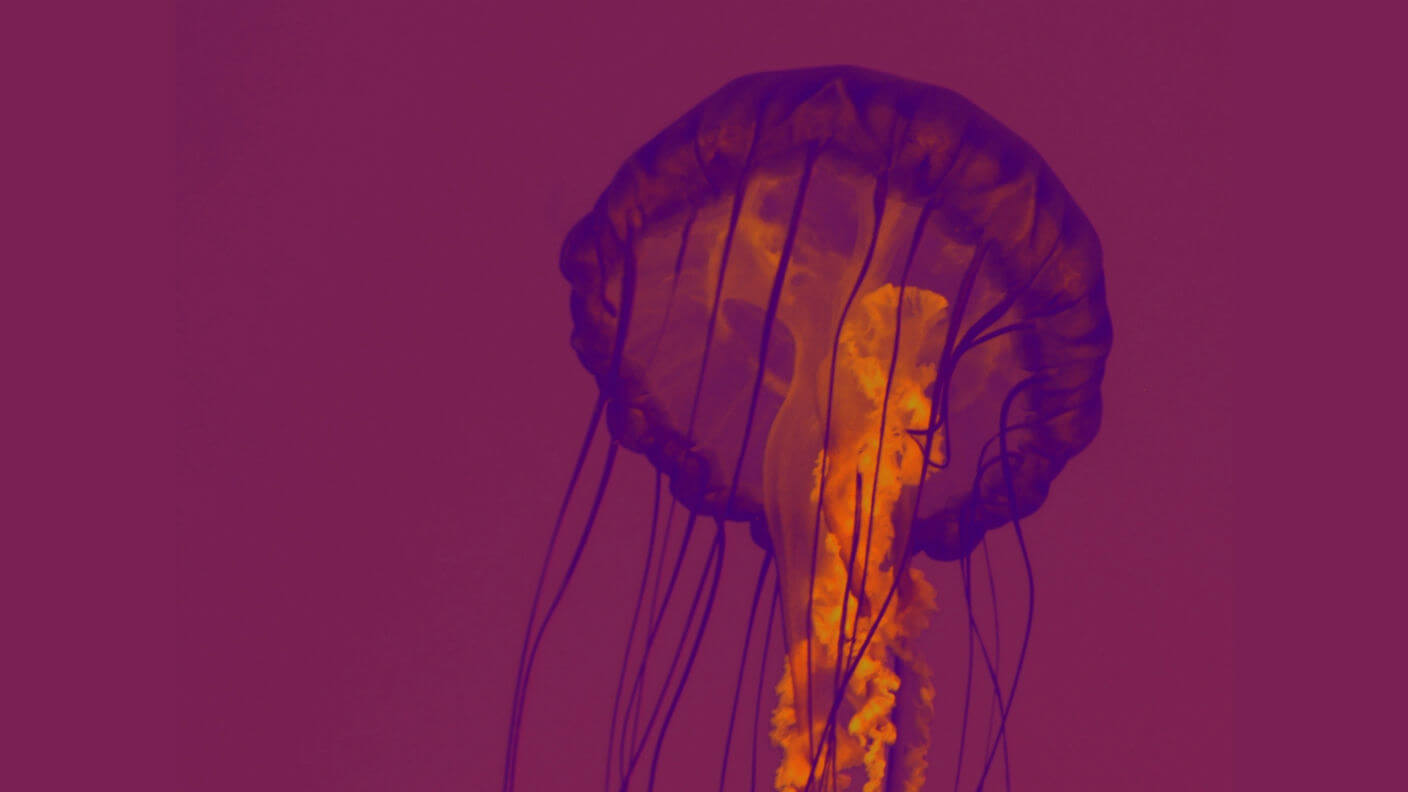 Once upon a time, a powerful Sumerian king named Gilgamesh went on a quest, as such characters often do in these stories of myth and legend. Gilgamesh had witnessed the death of his best friend, Enkidu, and, fearing a similar fate, went in search of immortality. The great king failed to find the secret of eternal life but took solace that his deeds would live well beyond his mortal years.

Fast-forward four thousand years, give or take a century, and Gilgamesh (as famous as any B-list celebrity today, despite the passage of time) would probably be heartened to learn that many others have taken up his search for longevity. Today, though, instead of battling epic monsters and the machinations of fickle gods, those seeking to enhance and extend life are cutting-edge scientists and visionary entrepreneurs who are helping unlock the secrets of human biology.

Chief among them is Aubrey de Grey, a biomedical gerontologist who founded the SENS Research Foundation, a Silicon Valley-based research organization that seeks to advance the application of regenerative medicine to age-related diseases. SENS stands for Strategies for Engineered Negligible Senescence, a term coined by de Grey to describe a broad array (seven, to be precise) of medical interventions that attempt to repair or prevent different types of molecular and cellular damage that eventually lead to age-related diseases like cancer and Alzheimer’s.

Many of the strategies focus on senescent cells, which accumulate in tissues and organs as people age. Not quite dead, senescent cells stop dividing but are still metabolically active, spewing out all sorts of proteins and other molecules that can cause inflammation and other problems. In a young body, that’s usually not a problem (and probably part of general biological maintenance), as a healthy immune system can go to work to put out most fires.

However, as we age, senescent cells continue to accumulate, and at some point the immune system retires from fire watch. Welcome to old age.

Of Mice and Men

Researchers like de Grey believe that treating the cellular underpinnings of aging could not only prevent disease but significantly extend human lifespans. How long? Well, if you’re talking to de Grey, Biblical proportions—on the order of centuries.

De Grey says that science has made great strides toward that end in the last 15 years, such as the ability to copy mitochondrial DNA to the nucleus. Mitochondria serve as the power plant of the cell but are highly susceptible to mutations that lead to cellular degeneration. Copying the mitochondrial DNA into the nucleus would help protect it from damage.

Another achievement occurred about six years ago when scientists first figured out how to kill senescent cells. That discovery led to a spate of new experiments in mice indicating that removing these ticking-time-bomb cells prevented disease and even extended their lifespans. Now the anti-aging therapy is about to be tested in humans.

“As for the next few years, I think the stream of advances is likely to become a flood—once the first steps are made, things get progressively easier and faster,” de Grey tells Singularity Hub. “I think there’s a good chance that we will achieve really dramatic rejuvenation of mice within only six to eight years: maybe taking middle-aged mice and doubling their remaining lifespan, which is an order of magnitude more than can be done today.”

Richard G.A. Faragher, a professor of biogerontology at the University of Brighton in the United Kingdom, recently made discoveries in the lab regarding the rejuvenation of senescent cells with chemical compounds found in foods like chocolate and red wine. He hopes to apply his findings to an animal model in the future—in this case,horses.

“We have been very fortunate in receiving some funding from an animal welfare charity to look at potential treatments for older horses,” he explains to Singularity Hub in an email. “I think this is a great idea. Many aspects of the physiology we are studying are common between horses and humans.”

What Faragher and his colleagues demonstrated in a paper published in BMC Cell Biology last year was that resveralogues, chemicals based on resveratrol, were able to reactivate a protein called a splicing factor that is involved in gene regulation. Within hours, the chemicals caused the cells to rejuvenate and start dividing like younger cells.

“If treatments work in our old pony systems, then I am sure they could be translated into clinical trials in humans,” Faragher says. “How long is purely a matter of money. Given suitable funding, I would hope to see a trial within five years.”

Show Them the Money

Faragher argues that the recent breakthroughs aren’t because a result of emerging technologies like artificial intelligence or the gene-editing tool CRISPR, but a paradigm shift in how scientists understand the underpinnings of cellular aging. Solving the “aging problem” isn’t a question of technology but of money, he says.

“Frankly, when AI and CRISPR have removed cystic fibrosis, Duchenne muscular dystrophy or Gaucher syndrome, I’ll be much more willing to hear tales of amazing progress. Go fix a single, highly penetrant genetic disease in the population using this flashy stuff and then we’ll talk,” he says. “My faith resides in the most potent technological development of all: money.”

De Grey is less flippant about the role that technology will play in the quest to defeat aging. AI, CRISPR, protein engineering, advances in stem cell therapies, and immune system engineering—all will have a part.

It’s in the Blood

A startup in the San Francisco Bay Area believes machines can play a big role in discovering the right combination of factors that lead to longer and healthier lives—and then develop drugs that exploit those findings.

BioAge Labs raised nearly $11 million last year for its machine learning platform that crunches big data sets to find blood factors, such as proteins or metabolites, that are tied to a person’s underlying biological age. The startup claims that these factors can predict how long a person will live.

“Our interest in this comes out of research into parabiosis, where joining the circulatory systems of old and young mice—so that they share the same blood—has been demonstrated to make old mice healthier and more robust,” Dr. Eric Morgen, chief medical officer at BioAge, tells Singularity Hub.

Based on that idea, he explains, it should be possible to alter those good or bad factors to produce a rejuvenating effect.

“Our main focus at BioAge is to identify these types of factors in our human cohort data, characterize the important molecular pathways they are involved in, and then drug those pathways,” he says. “This is a really hard problem, and we use machine learning to mine these complex datasets to determine which individual factors and molecular pathways best reflect biological age.”

Saving for the Future

Of course, there’s no telling when any of these anti-aging therapies will come to market. That’s why Forever Labs, a biotechnology startup out of Ann Arbor, Michigan, wants your stem cells now. The company offers a service to cryogenically freeze stem cells taken from bone marrow.

The theory behind the procedure, according to Forever Labs CEO Steven Clausnitzer, is based on research showing that stem cells may be a key component for repairing cellular damage. That’s because stem cells can develop into many different cell types and can divide endlessly to replenish other cells. Clausnitzer notes that there are upwards of a thousand clinical studies looking at using stem cells to treat age-related conditions such as cardiovascular disease.

However, stem cells come with their own expiration date, which usually coincides with the age that most people start experiencing serious health problems. Stem cells harvested from bone marrow at a younger age can potentially provide a therapeutic resource in the future.

“We believe strongly that by having access to your own best possible selves, you’re going to be well positioned to lead healthier, longer lives,” he tells Singularity Hub.

“There’s a compelling argument to be made that if you started to maintain the bone marrow population, the amount of nuclear cells in your bone marrow, and to re-up them so that they aren’t declining with age, it stands to reason that you could absolutely mitigate things like cardiovascular disease and stroke and Alzheimer’s,” he adds.

Clausnitzer notes that the stored stem cells can be used today in developing therapies to treat chronic conditions such as osteoarthritis. However, the more exciting prospect—and the reason he put his own 38-year-old stem cells on ice—is that he believes future stem cell therapies can help stave off the ravages of age-related disease.

“I can start reintroducing them not to treat age-related disease but to treat the decline in the stem-cell niche itself, so that I don’t ever get an age-related disease,” he says. “I don’t think that it equates to immortality, but it certainly is a step in that direction.”

The societal implications of a longer-living human species are a guessing game at this point. We do know that by mid-century, the global population of those aged 65 and older will reach 1.6 billion, while those older than 80 will hit nearly 450 million, according to the National Academies of Science. If many of those people could enjoy healthy lives in their twilight years, an enormous medical cost could be avoided.

Faragher is certainly working toward a future where human health is ubiquitous. Human immortality is another question entirely.

“The longer lifespans become, the more heavily we may need to control birth rates and thus we may have fewer new minds. This could have a heavy ‘opportunity cost’ in terms of progress,” he says.

And does anyone truly want to live forever?

“There have been happy moments in my life but I have also suffered some traumatic disappointments. No [drug] will wash those experiences out of me,” Faragher says. “I no longer view my future with unqualified enthusiasm, and I do not think I am the only middle-aged man to feel that way. I don’t think it is an accident that so many ‘immortalists’ are young.

“They should be careful what they wish for.”