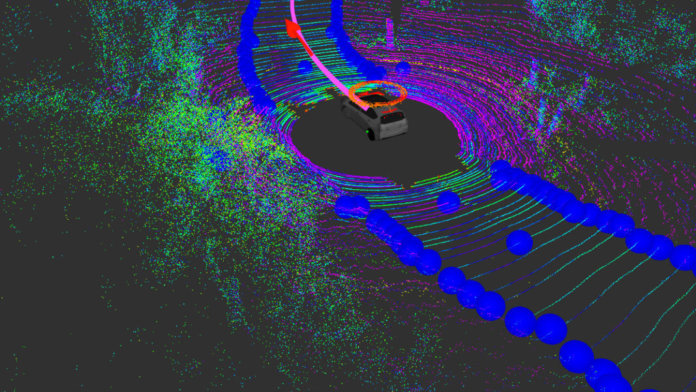 Self-driving cars are now a regular fixture in some American cities, but they are heavily reliant on high-precision 3D maps of the roads. That means they can’t tackle the vast majority of the country that hasn’t been charted, but MIT researchers hope to change that with a new mapless navigation system.

In less than a decade, self-driving cars have gone from a Google moonshot to a must-have for every major tech or automotive company. And despite recent tragedies, the capabilities of these vehicles are pretty impressive, comfortably navigating city streets and following the rules of the road.

That’s partly thanks to a suite of sensors like cameras, radar, and most notably LIDAR—basically radar that uses laser light rather than sound—which helps keep track of the road and other road users. But an often overlooked enabler is the high-precision 3D maps these vehicles rely on.

The first step of any self-driving car project is to tour a city with a LIDAR-equipped vehicle, building up a 3D scan of the roads. Engineers then go through and painstakingly label objects like street signs, traffic lights, and buildings.

This provides the autonomous car with the ground truth of what the city should look like so it can focus its processing power on dynamic objects and areas where its sensors disagree with the map, such as other road users or temporary obstacles like roadworks. Building these maps takes a lot of effort, but makes it much easier for the car to recognize the world around it.

“Most of the autonomous driving programs currently rely heavily on dense maps because they are focused on the short term—getting a prototype working as soon as possible,” says Teddy Ort, a graduate student at MIT’s Computer Science and Artificial Intelligence Laboratory.

“However, when we considered these approaches we began realizing how limited today’s self-driving cars are in terms of where they can actually drive.”

Only a tiny fraction of the country’s roads have been mapped in 3D and doing so for the entire country is an almost insurmountable task. So Ort and his colleagues set out to develop an autonomous navigation system that could rely on nothing more than the sensors on the car and simple GPS data like what you get from Google Maps.

MapLite, as they dubbed their system, uses the GPS data to get a rough estimate of where on the road the car is. It sets itself a final destination as well as a “local navigation goal” within sight of the car’s sensors.

The car then uses LIDAR to estimate where the edges of the road are based on the assumption that the road is relatively flat compared to the rest of its surroundings. It then uses this information to plot a route to reach the local navigation goal, which is continually updated as the car’s sensors reveal new sections of the road.

In tests on unmarked country roads in in Devens, Massachusetts the researchers were able to get the car to navigate along a 1 kilometer (0.6 mile) stretch without human intervention. Their results will be presented at the International Conference on Robotics and Automation (ICRA) in Brisbane, Australia, at the end of this month.

The tests were limited to a top speed of about 20 miles per hour for safety reasons, but Ort says the algorithm at the heart of the system runs fast enough that the approach should work at speeds in excess of 60 miles per hour.

At present the system hasn’t been designed to accommodate other road users. The research was focused solely on navigation, so the test site was closed. But Ort says it shouldn’t be too difficult to combine their system with existing approaches for detecting and avoiding cars and pedestrians.

Getting rid of the reliance on maps does have a downside though. These detailed 3D mirrors of real roads make it possible to test out navigation algorithms in simulations, which allows you to verify they’re working well ahead of deployment. That’s not possible with MapLite and Ort admits that makes it difficult to provide guarantees about how well it will perform.

But he doesn’t see the approach replacing map-based systems entirely. While he hopes systems like his will eventually allow self-driving vehicles to tackle unfamiliar roads as well as humans can, he thinks they’re always going to be at least somewhat reliant on maps in built up urban areas.

“Cities are densely populated and highly structured, so I don’t think maps will ever be completely discarded,” he says. “But something like MapLite will still prove useful both as a method of learning when the map needs to be updated, and as a critical extra layer of safety in the event that a car is unable to localize itself on the map.”

For now the challenge is expanding the diversity of road types the system can handle—it currently struggles with rapid changes in elevations like you would see on mountain roads—and adding the ability to recognize lane markings and road signs so it can follow complex traffic patterns.