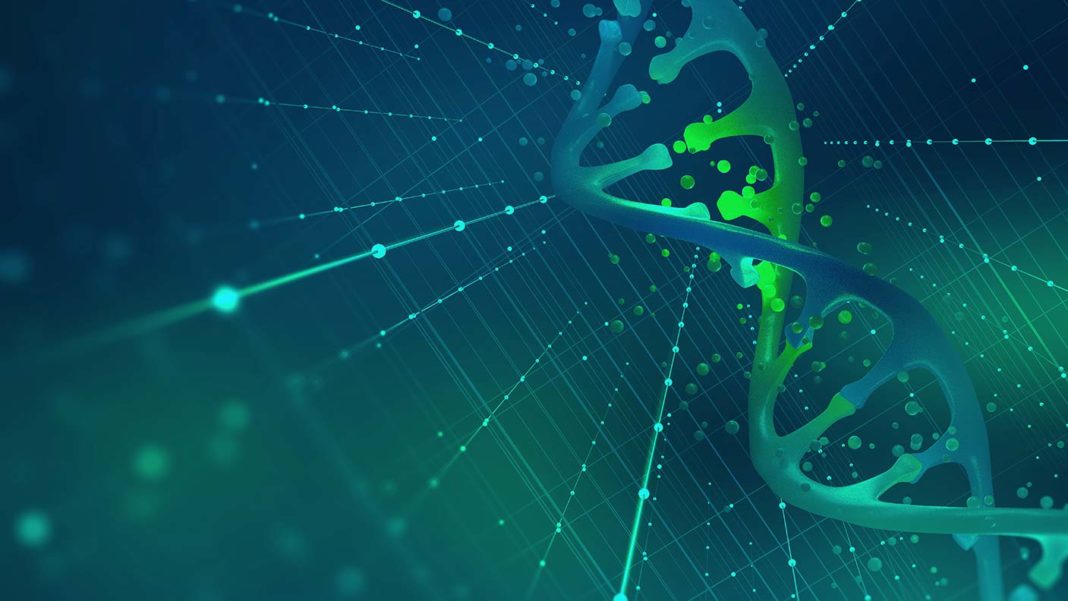 Synthetic biologists are the computer programmers of biology. Their code? DNA.

The whole enterprise sounds fantastical: you insert new snippets of DNA code—in the form of a chain of A, T, C, G letters—into an organism, and bam! Suddenly you have bacteria that can make anti-malaria drugs or cells that can solve complicated logic problems like a computer.

Except it’s not that simple. The basis of synthetic biology is DNA—often a lot of it, in the form of many genes. Making an average gene from scratch costs several hundreds of dollars and weeks of time. Imagine a programmer taking a month to type a new line of code, and you’ll likely understand a synthetic biologist’s frustration.

Now, a new method published in the July issue of Nature Biotechnology promises to revolutionize DNA synthesis with a faster, cheaper, and more accurate approach. Taking inspiration from nature, a team at UC Berkeley cracked a decades-old puzzle that allowed them to tap into the superpowers of TdT, a protein inside our own bodies specialized for making genes.

The new technology is so simple and non-toxic that the team believes it could lead to “DNA printers” for scientists (or even biohackers), similar to 3D printers available at workshops today.

“If you’re a researcher or bioengineer and you have an instrument that streamlines DNA synthesis, a ‘DNA printer,’ you can test your ideas faster and try out more new ideas. I think it will lead to a lot of innovation,” said study author Dan Arlow.

“It’s the future. It’s going to be enormous,” said Dr. George Church, a pioneering geneticist and synthetic biologist at Harvard University who was not involved in the study. Church is heading a massive DNA synthesis project called GP-WRITE, which aims to build “superhero” cells resilient against all types of diseases, including infections and aging.

The new method, if further optimized, could propel GP-WRITE towards its goal, and revolutionize our ability to build new genomes—and perhaps organisms—from scratch.

The most popular DNA synthesis method today is a near 40-year-old legacy technique rooted in organic chemistry. The method takes the four letters of DNA and jams them together one by one using a mix of toxic chemicals. Each letter takes three minutes to add and is prone to errors. To the exasperation of synthetic biologists, custom-made DNA chains typically cap out at only 200 letters before too many mistakes build up—a sliver of the thousands of letters normally present in a gene.

Our bodies, in contrast, can add 1,000 letters per second with virtually no errors. Thanks to a variety of DNA builders called polymerases, our cells use a single strand of DNA as a template and efficiently make a complimentary new strand—substituting A for T, C for G, and vice-versa.

As early as the 1960s, scientists dreamed of tapping into polymerases to simplify DNA synthesis. They even honed in on a specific candidate: TdT, which unlike its brethren, attaches DNA letters to an existing chain without the requirement of a template at 200 letters per minute.

But there’s a catch: the enzyme is a wild card in that it attaches DNA letters randomly. This obviously wouldn’t work for scientists who need a specific genetic sequence.

What’s more, the enzyme is extremely picky. Normally, scientists slightly modify the chemical structure of each DNA letter to allow them to be added one at a time. TdT isn’t keen on working with these modified letters. One system, for example, takes roughly an hour to add a single letter—far too slow to be of any practical use.

Scientists have also tried to “dig a hole” into TdT, so that it grabs onto the modified DNA letters better. That method also failed: modifying the enzyme while preserving its activity was a lot harder than expected.

For years scientists have been stumped as to how to convince the enzyme to add one specified letter at a time.

This is where the Berkeley team comes in.

The winning trick is to tether each DNA letter directly to the enzyme.

The team starts with four separate pools of DNA letters. The letters are literally dissolved in water. Each one is loosely attached to a copy of TdT via a chemical link that can be destroyed.

When adding a DNA letter, the enzyme basically drags each letter to the DNA chain. Here’s the clever part: because the letter is attached to the bulky TdT, the enzyme itself naturally blocks other letters from adding on, simply because there’s no space for another TdT-DNA letter combo to react with the DNA chain.

To further extend the chain, the team fished out the product and snipped the tether to free the enzyme and expose the tail-end of the DNA chain. The chain is now ready for another round of addition.

The idea is counter-intuitive because scientists often keep the enzyme around. But TdT is cheap and easy to make using bacteria, explained Dr. Jay Keasling, who directed the study.

“Rather than re-using an enzyme as a catalyst,” which is what all previous attempts tried to do, he said, “[we thought] let’s just throw it away.”

In a proof-of-concept trial, the team manually made a 10-letter DNA strand using the modified TdTs. The speed was astonishing: they could add a new DNA letter in just 10 to 20 seconds—roughly 18 times faster than current approaches.

Although the snipping step still takes about a minute, which adds up when synthesizing long DNA strands, the new technique comes out on top compared to conventional methods in terms of speediness. Rather than weeks, making a new gene from scratch will likely only take a day.

“A key advantage of this approach is that the backbone of the DNA—the part that actually does the chemical reaction—is just like natural DNA, so we can try to get the full speed out of the enzyme,” explained Arlow.

The team still has a few tweaks to make before their DNA building method makes it mainstream.

Part of it is accuracy. So far, after decades of fine-tuning, conventional DNA synthesis hits a 99.5 percent accuracy for each step. The Berkeley team’s method works out to be about 98 percent—a slight difference that nevertheless adds up during thousands of rounds.

“We think that we’ll catch up soon and believe that we can push the system far beyond the current limitations of chemical synthesis,” said study author Sebastian Palluk. “Our dream is to directly synthesize gene-length sequences and get them to researchers within a few days.”

“It really is one of the first out of the starting gates with a novel idea,” said Church. The clever hack may just be what it takes to revolutionize synthetic biology’s hopes of writing new genes and new organisms. The dream of storing massive amounts of data in DNA could also be possible.

This study is just a glimpse of the exponential future of synthetic biology. As Church put it, “stay tuned.”