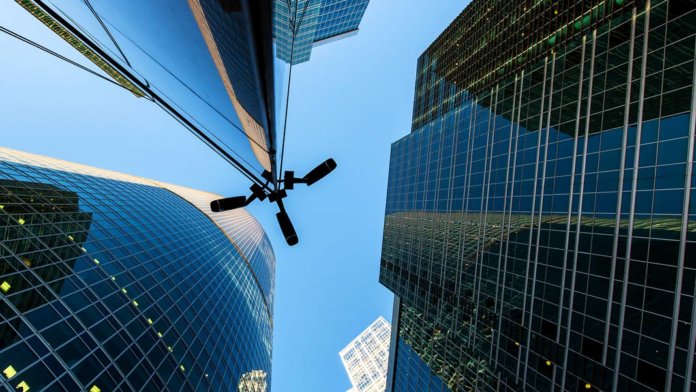 Powerful surveillance cameras have crept into public spaces. We are filmed and photographed hundreds of times a day. To further raise the stakes, the resulting video footage is fed to new forms of artificial intelligence software that can recognize faces in real time, read license plates, even instantly detect when a particular pre-defined action or activity takes place in front of a camera.

As most modern cities have quietly become surveillance cities, the law has been slow to catch up. While we wait for robust legal frameworks to emerge, the best way to protect our civil liberties right now is to fight technology with technology. All cities should place local surveillance video into a public cloud-based data trust. Here’s how it would work.

In Public Data We Trust

To democratize surveillance, every city should implement three simple rules. First, anyone who aims a camera at public space must upload that day’s haul of raw video file (and associated camera meta-data) into a cloud-based repository. Second, this cloud-based repository must have open APIs and a publicly-accessible log file that records search histories and tracks who has accessed which video files. And third, everyone in the city should be given the same level of access rights to the stored video data—no exceptions.

This kind of public data repository is called a “data trust.” Public data trusts are not just wishful thinking. Different types of trusts are already in successful use in Estonia and Barcelona, and have been proposed as the best way to store and manage the urban data that will be generated by Alphabet’s planned Sidewalk Labs project in Toronto.

It’s true that few people relish the thought of public video footage of themselves being looked at by strangers and friends, by ex-spouses, potential employers, divorce attorneys, and future romantic prospects. In fact, when I propose this notion when I give talks about smart cities, most people recoil in horror. Some turn red in the face and jeer at my naiveté. Others merely blink quietly in consternation.

The reason we should take this giant step towards extreme transparency is to combat the secrecy that surrounds surveillance. Openness is a powerful antidote to oppression. Edward Snowden summed it up well when he said, “Surveillance is not about public safety, it’s about power. It’s about control.”

Let Us Watch Those Watching Us

If public surveillance video were put back into the hands of the people, citizens could watch their government as it watches them. Right now, government cameras are controlled by the state. Camera locations are kept secret, and only the agencies that control the cameras get to see the footage they generate.

Because of these information asymmetries, civilians have no insight into the size and shape of the modern urban surveillance infrastructure that surrounds us, nor the uses (or abuses) of the video footage it spawns. For example, there is no swift and efficient mechanism to request a copy of video footage from the cameras that dot our downtown. Nor can we ask our city’s police force to show us a map that documents local traffic camera locations.

By exposing all public surveillance videos to the public gaze, cities could give regular people tools to assess the size, shape, and density of their local surveillance infrastructure and neighborhood “digital dragnet.” Using the meta-data that’s wrapped around video footage, citizens could geo-locate individual cameras onto a digital map to generate surveillance “heat maps.” This way people could assess whether their city’s camera density was higher in certain zip codes, or in neighborhoods populated by a dominant ethnic group.

Surveillance heat maps could be used to document which government agencies were refusing to upload their video files, or which neighborhoods were not under surveillance. Given what we already know today about the correlation between camera density, income, and social status, these “dark” camera-free regions would likely be those located near government agencies and in more affluent parts of a city.

Extreme transparency would democratize surveillance. Every city’s data trust would keep a publicly-accessible log of who’s searching for what, and whom. People could use their local data trust’s search history to check whether anyone was searching for their name, face, or license plate. As a result, clandestine spying on—and stalking of—particular individuals would become difficult to hide and simpler to prove.

Protect the Vulnerable and Exonerate the Falsely Accused

Not all surveillance video automatically works against the underdog. As the bungled (and consequently no longer secret) assassination of journalist Jamal Khashoggi demonstrated, one of the unexpected upsides of surveillance cameras has been the fact that even kings become accountable for their crimes. If opened up to the public, surveillance cameras could serve as witnesses to justice.

Video evidence has the power to protect vulnerable individuals and social groups by shedding light onto messy, unreliable (and frequently conflicting) human narratives of who did what to whom, and why. With access to a data trust, a person falsely accused of a crime could prove their innocence. By searching for their own face in video footage or downloading time/date stamped footage from a particular camera, a potential suspect could document their physical absence from the scene of a crime—no lengthy police investigation or high-priced attorney needed.

Given Enough Eyeballs, All Crimes Are Shallow

Placing public surveillance video into a public trust could make cities safer and would streamline routine police work. Linus Torvalds, the developer of open-source operating system Linux, famously observed that “given enough eyeballs, all bugs are shallow.” In the case of public cameras and a common data repository, Torvald’s Law could be restated as “given enough eyeballs, all crimes are shallow.”

If thousands of citizen eyeballs were given access to a city’s public surveillance videos, local police forces could crowdsource the work of solving crimes and searching for missing persons.  Unfortunately, at the present time, cities are unable to wring any social benefit from video footage of public spaces. The most formidable barrier is not government-imposed secrecy, but the fact that as cameras and computers have grown cheaper, a large and fast-growing “mom and pop” surveillance state has taken over most of the filming of public spaces.

While we fear spooky government surveillance, the reality is that we’re much more likely to be filmed by security cameras owned by shopkeepers, landlords, medical offices, hotels, homeowners, and schools. These businesses, organizations, and individuals install cameras in public areas for practical reasons—to reduce their insurance costs, to prevent lawsuits, or to combat shoplifting. In the absence of regulations governing their use, private camera owners store video footage in a wide variety of locations, for varying retention periods.

The unfortunate (and unintended) result of this informal and decentralized network of public surveillance is that video files are not easy to access, even for police officers on official business. After a crime or terrorist attack occurs, local police (or attorneys armed with a subpoena) go from door to door to manually collect video evidence. Once they have the videos in hand, their next challenge is searching for the right “codex” to crack the dozens of different file formats they encounter so they can watch and analyze the footage.

The result of these practical barriers is that as it stands today, only people with considerable legal or political clout are able to successfully gain access into a city’s privately-owned, ad-hoc collections of public surveillance videos. Not only are cities missing the opportunity to streamline routine evidence-gathering police work, they’re missing a radically transformative benefit that would become possible once video footage from thousands of different security cameras were pooled into a single repository: the ability to apply the power of citizen eyeballs to the work of improving public safety.

Why We Need Extreme Transparency

When regular people can’t access their own surveillance videos, there can be no data justice.  While we wait for the law to catch up with the reality of modern urban life, citizens and city governments should use technology to address the problem that lies at the heart of surveillance: a power imbalance between those who control the cameras and those who don’t.

Cities should permit individuals and organizations to install and deploy as many public-facing cameras as they wish, but with the mandate that camera owners must place all resulting video footage into the mercilessly bright sunshine of an open data trust. This way, cloud computing, open APIs, and artificial intelligence software can help combat abuses of surveillance and give citizens insight into who’s filming us, where, and why. 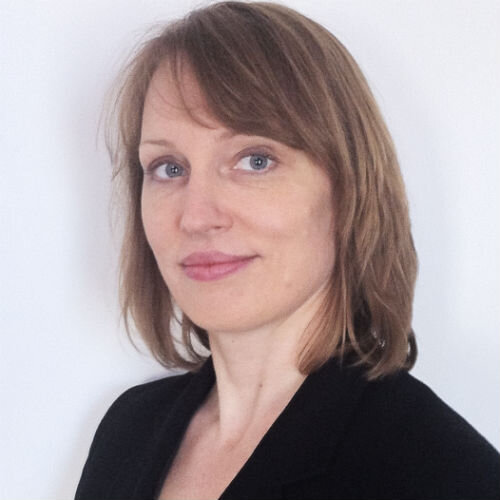 Melba Kurmanhttps://melbakurman.com/
Melba Kurman writes about the ways in which new technologies impact our daily lives. She is the co-author of two books and several articles about driverless cars, artificial intelligence, and 3D printing.  Melba is a veteran of the software industry and a graduate of Cornell University, the University of Illinois and the U.S. Peace Corps.  She is currently working on a book about creative machines.
RELATED