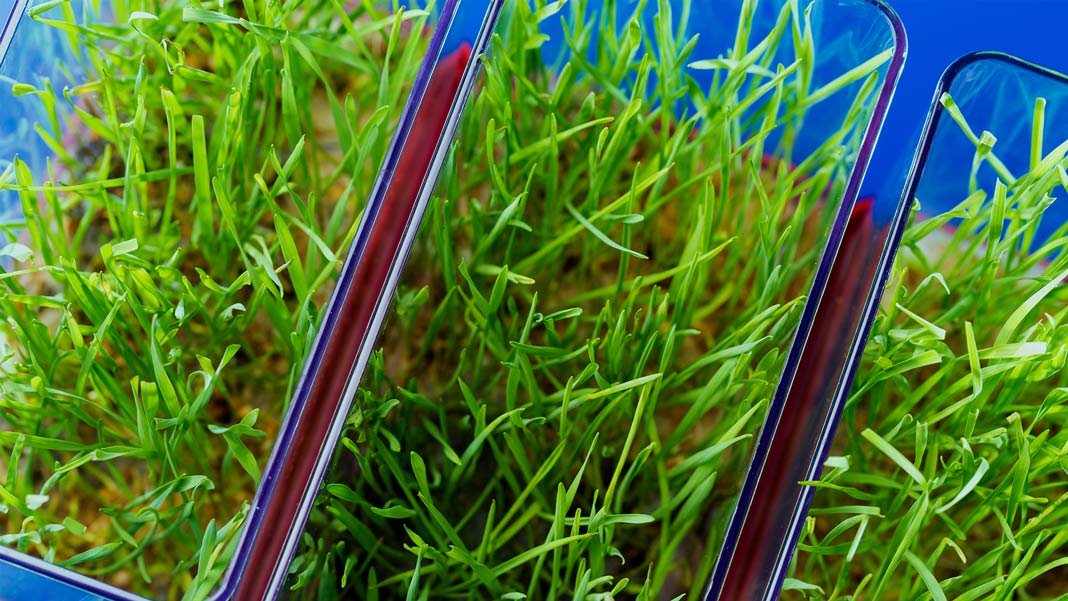 Genetically modified organisms (GMOs) are one of the most contentious topics in science today. But a study from the Salk Institute, published last month in PLOS Genetics, may help clear up some of the confusion. Using a combination of techniques known as nanopore sequencing and optical mapping, researchers believe they have a clearer picture of what happens when genes are spliced into the genomes of plants and animals.

In particular, the study showed that scientists can determine to what extent surrounding areas of the host DNA have been affected by gene splicing, a point that is often a source of concern for those worried about the possible long-term impacts of GMO consumption.

How GMOs Are Created

To genetically modify a plant or animal, scientists first sequence the entire genome of the organism to determine which stretches of DNA have beneficial qualities. These would include traits that help the organism survive drought, produce higher nutrient densities, be less susceptible to insects or diseases, or be able to withstand certain pesticides, among many others. The DNA sequence containing desirable traits is then removed and implanted into the genome of the host organisms, thereby transferring the beneficial properties.

The most common method of doing this is by using the bacteria Agrobacterium tumefaciens. Several decades ago, it was discovered that when this bacteria caused crown gall tumors on tree trunks, some of the bacteria’s DNA was transferred into the DNA of the tree; the bacteria’s transfer DNA (T-DNA), a circular piece of DNA that can bind with other DNA sequences, was found to be scattered throughout the tree. Since then, researchers have used this bacteria’s T-DNA to help carry the desired genes into all kinds of organisms.

However, the problem with this method is its lack of precision. That is, when this process occurs, researchers are not sure exactly what happens. Recent advancements in DNA sequencing techniques led some scientists to suspect that the structure and chemistry of the host DNA might be changed more than originally thought due to unknown interactions with the T-DNA, as well as the amount and length of the T-DNA transferred into the host.

Those designing and selling genetically modified products merely test the new organism for the desired traits and, if they are present, the process is considered a success.

Originally created in the mid 1990s, nanopore sequencing is considered one of the most effective methods of detecting genetic changes on a molecular level. It works by placing two tiny electrodes near a nano-sized hole in a membrane filled with an electrolyte. When a strand of DNA is sent through this hole, the different bases that make up this molecule create unique variations in the electric current, which can be detected and analyzed. This allows researchers to know in great detail the structure of the molecule that just passed through the hole.

Optical mapping is a technique that creates a high-resolution map of a genome by severing a strand of DNA at specific sites with restriction enzymes, creating a unique fingerprint. That is, restriction enzymes digest specific sequences of DNA, separating the strand into various fragments, the distribution of which is inevitably different from other strands.

While neither of these methods is entirely new, the Salk Institute team combined them, creating a picture with an unprecedented level of detail. They employed a new nanopore long-read DNA sequencing technique, which made assembling the picture of a complete genome much easier because it extends the size of the data that can be collected, reducing the complexity of assembling the pieces. They also created optical genome maps by using the Bionano Genomics Irys system, which they demonstrated can achieve levels of resolution on the scale of a single molecule.

The team found that one insertion attempt could result in as many as seven unintended insertions or manipulations of the host’s genome. Some of these were up to ten times larger than intended, resulting in large segments of the host’s DNA being damaged or relocated. Furthermore, the incoming DNA was sometimes found to be out of place, cut in half, or out of sequence.

To GMO Or Not to GMO?

What these new results mean for the GMO debate is open to interpretation. Whatever side you might be on, this research demonstrates there’s more happening on the molecular scale than we originally thought.

Feeding the world’s future population is not only going to involve genetically modified foods, it’s going to require them. Current agricultural yields are not nearly high enough for the projected 9.7 billion people of 2050 to live on.

So what comes next to help determine whether GMOs are the way to go, and how to make sure they’re safe? More research.