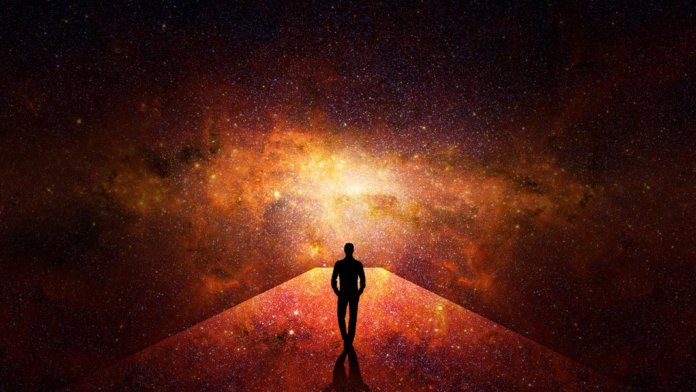 More often than not, we fall into the trap of trying to predict and anticipate the future, forgetting that the future is up to us to envision and create. In the words of Buckminster Fuller, “We are called to be architects of the future, not its victims.”

But how, exactly, do we create a “good” future? What does such a future look like to begin with?

In Future Consciousness: The Path to Purposeful Evolution, Tom Lombardo analytically deconstructs how we can flourish in the flow of evolution and create a prosperous future for humanity. Scientifically informed, the books taps into themes that are constructive and profound, from both eastern and western philosophies.

As the executive director of the Center for Future Consciousness and an executive board member and fellow of the World Futures Studies Federation, Lombardo has dedicated his life and career to studying how we can create a “realistic, constructive, and ethical future.”

In a conversation with Singularity Hub, Lombardo discussed purposeful evolution, ethical use of technology, and the power of optimism.

Raya Bidshahri: Tell me more about the title of your book. What is future consciousness and what role does it play in what you call purposeful evolution?

RB: In several places in the book, you discuss the importance of various eastern philosophies. What can we learn from the east  that is often missing from western models?

TL: The key idea in the east that I have been intrigued by for decades is the Taoist Yin Yang, which is the idea that reality should be conceptualized as interdependent reciprocities.

In the west we think dualistically, or we attempt to think in terms of one end of the duality to the exclusion of the other, such as whole versus parts or consciousness versus physical matter. Yin Yang thinking is seeing how both sides of a “duality,” even though they appear to be opposites, are interdependent; you can’t have one without the other. You can’t have order without chaos, consciousness without the physical world, individuals without the whole, humanity without technology, and vice versa for all these complementary pairs.

RB: You talk about the importance of chaos and destruction in the trajectory of human progress. In your own words, “Creativity frequently involves destruction as a prelude to the emergence of some new reality.” Why is this an important principle for readers to keep in mind, especially in the context of today’s world?

TL: In order for there to be progress, there often has to be a disintegration of aspects of the old. Although progress and evolution involve a process of building up, growth isn’t entirely cumulative; it’s also transformative. Things fall apart and come back together again.

Throughout history, we have seen a transformation of what are the most dominant human professions or vocations. At some point, almost everybody worked in agriculture, but most of those agricultural activities were replaced by machines, and a lot of people moved over to industry. Now we’re seeing that jobs and functions are increasingly automated in industry, and humans are being pushed into vocations that involve higher cognitive and artistic skills, services, information technology, and so on.

RB: You raise valid concerns about the dark side of technological progress, especially when it’s combined with mass consumerism, materialism, and anti-intellectualism. How do we counter these destructive forces as we shape the future of humanity?

TL: We can counter such forces by always thoughtfully considering how our technologies are affecting the ongoing purposeful evolution of our conscious minds, bodies, and societies. We should ask ourselves what are the ethical values that are being served by the development of various technologies.

For example, we often hear the criticism that technologies that are driven by pure capitalism degrade human life and only benefit the few people who invented and market them. So we need to also think about what good these new technologies can serve. It’s what I mean when I talk about the “wise cyborg.” A wise cyborg is somebody who uses technology to serve wisdom, or values connected with wisdom.

RB: Creating an ideal future isn’t just about progress in technology, but also progress in morality. How we do decide what a “good” future is? What are some philosophical tools we can use to determine a code of ethics that is as objective as possible?

TL: Let’s keep in mind that ethics will always have some level of subjectivity. That being said, the way to determine a good future is to base it on the best theory of reality that we have, which is that we are evolutionary beings in an evolutionary universe and we are interdependent with everything else in that universe. Our ethics should acknowledge that we are fluid and interactive.

RB: You present a consciousness-centered approach to creating a good future for humanity. What are some of the values we should develop in order to create a prosperous future?

TL: A sense of self-responsibility for the future is critical. This means realizing that the “good future” is something we have to take upon ourselves to create; we can’t let something or somebody else do that. We need to feel responsible both for our own futures and for the future around us.

Another one is going to be an informed and hopeful optimism about the future, because both optimism and pessimism have self-fulfilling prophecy effects. If you hope for the best, you are more likely to look deeply into your reality and increase the chance of it coming out that way. In fact, all of the positive emotions that have to do with future consciousness actually make people more intelligent and creative.

Some other important character virtues are discipline and tenacity, deep purpose, the love of learning and thinking, and creativity.

RB: Are you optimistic about the future? If so, what informs your optimism?

I justify my optimism the same way that I have seen Ray Kurzweil, Peter Diamandis, Kevin Kelly, and Steven Pinker justify theirs. If we look at the history of human civilization and even the history of nature, we see a progressive motion forward toward greater complexity and even greater intelligence. There’s lots of ups and downs, and catastrophes along the way, but the facts of nature and human history support the long-term expectation of continued evolution into the future.

You don’t have to be unrealistic to be optimistic. It’s also, psychologically, the more empowering position. That’s the position we should take if we want to maximize the chances of our individual or collective reality turning out better.

A lot of pessimists are pessimistic because they’re afraid of the future. There are lots of reasons to be afraid, but all in all, fear disempowers, whereas hope empowers.