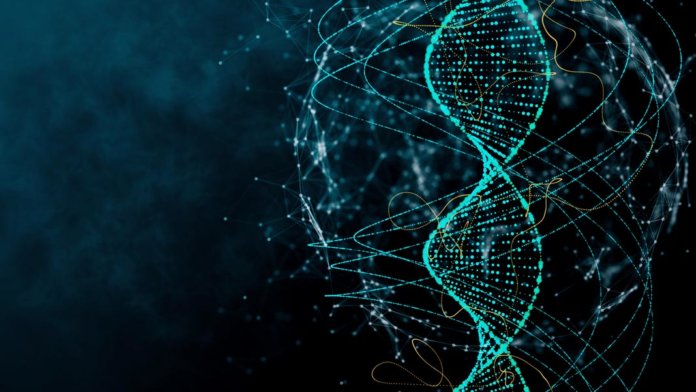 A four-letter alphabet might seem limited, but it’s all nature needed to write the instructions for all life on the planet. News that researchers have added four letters to the genetic alphabet opens the door to new possibilities in synthetic biology, data storage, and even the search for life beyond our planet.

The genetic code at the heart of all living things is elegantly simple. Each half of the famous double helix structure is built from four small molecules called bases: adenine, thymine, cytosine and guanine (ATCG). The order in which they appear determines what the DNA codes for, just like series of zeros and ones at the hearts of computers do.

But now scientists at the Foundation for Applied Molecular Evolution in Florida have successfully added four new bases to create what they are calling “hachi-moji DNA” (eight-letter DNA in Japanese), doubling the potential information density of genetic code.

This isn’t the first attempt at expanding the genetic code. In 2014, scientists at the Scripps Research Institute in California unveiled DNA with two extra bases, and in 2017 they showed that they could get bacteria to use this code to build proteins that don’t exist in nature. But the new work not only adds an extra two bases, it also sticks more closely to the blueprint used by nature.

The double helix of DNA is held together by hydrogen bonds between complementary bases—A pairs with T and C pairs with G. The Scripps research used water-repelling molecules that stick together but repel the other bases. These bases need to be sandwiched between natural bases, so it’s not possible to have extended stretches of unnatural bases limiting what they can code for.

Hachi-moji DNA, however, uses hydrogen bonds just like natural DNA to link its two new pairs—S with B and P with Z—and the bases are also capable of appearing next to each other. Because DNA is read in triplets of bases called codons, each of which codes for a particular amino acid, this significantly increases the number of potential codons compared to the previous approach: 512 compared to conventional DNA’s 64.

The experiments also suggest hachi-moji DNA preserves all the key characteristics required to support Darwinian evolution, crucial for supporting life. The bases pair reliably, the structure remains stable regardless of the sequence of bases, and they’ve demonstrated that it can be copied into RNA.

That’s crucial, because while DNA holds the blueprints for an organism, in order for cells to do anything with that information it has to be converted into the mobile, single-stranded molecule RNA, which can act as instructions for protein factories called ribosomes or can help regulate genes.

In terms of potential uses for the new letters, the possibilities are broad. All of nature’s complexity has been created from the 20 amino acids conventional DNA can produce (multiple codons code for the same amino acid). New codons make it possible to code for new amino acids with novel properties, which could enable everything from more powerful medicines and industrial catalysts to more outlandish ideas, like electrically-conducting proteins.

That will require a huge amount of work on tools that can take advantage of the new code, though, the scientists behind the research admitted to Wired. A potentially nearer-term goal might be to take advantage of the extra information density to boost efforts to see DNA as a super-compact and stable form of long-term data storage.

Perhaps the biggest contribution of the research is the window it gives us into the potential forms life could take. The new code is a long way from supporting self-sustaining organisms—the researchers have yet to demonstrate that the code can be replicated by cells, and it is reliant on supplies of lab-created building blocks that aren’t available in nature.

But the fact that you can replicate the form and function of DNA with very different constituent parts suggests that life beyond Earth may be unlike anything we have seen before. The research was funded by NASA, and representatives told CNN that they hope it will help them expand the scope of their search for extraterrestrial life.