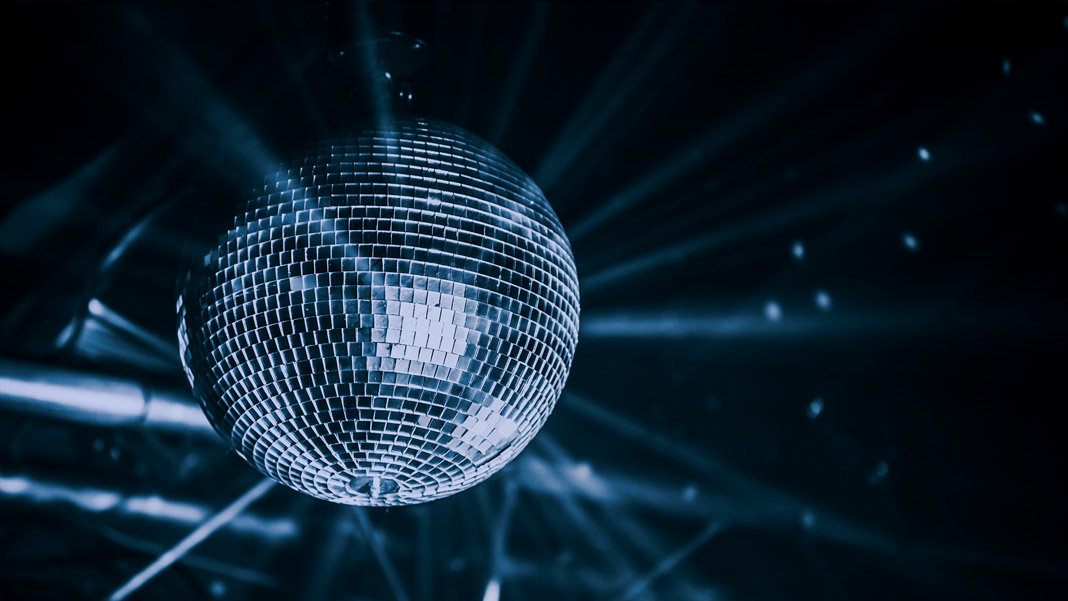 The last thing Dr. Li-Huei Tsai expected to help her Alzheimer’s mice was a disco cage.

Three years back, in a strobe of insight, her team decided to stick mice engineered with a genetic predisposition to Alzheimer’s disease under flashing lights. For just an hour a day, these mice—their brains chock full of amyloid-beta, a toxic protein that likely contributes to the mind-eating disease—crawled around the cages curiously without any signs of discomfort or confusion.

Yet subconsciously, the lights were working a type of molecular magic so incredible it sounds like pseudoscience. After a week of light therapy, when Tsai peeked into the mice’s brains, their visual cortex showed dramatically reduced levels of the toxic protein.

“For the longest time, I didn’t believe it,” she said at the time. “The result was so mind-boggling and so robust, it took a while for the idea to sink in.”

Impressive? Absolutely. But the visual cortex is perhaps the easiest target, and is hardly involved in memory loss in Alzheimer’s. Perhaps unsurprisingly, the scientific community was intrigued but highly skeptical on the light’s clinical relevance.

Last week, Tsai fought back with new evidence. The study, published in the prestigious journal Cell, showed that flashing lights, at 40 times per second, clears out toxic protein buildup in the hippocampus and prefrontal cortex—vulnerable memory regions gradually destroyed by Alzheimer’s. The treatment also zapped the brain’s scavenging cells, microglia, into action, allowing them to more efficiently clear out toxic debris.

“It was unbelievable,” said Tsai. “This is the first time we’ve seen that this noninvasive stimulation can improve cognitive function. It’s not a drug or an antibody or anything, it’s just light and sound.”

“It’s a very provocative idea. It’s noninvasive and easy and low cost, potentially, so if it were to come to fruition in humans—that’s fabulous,” said Dr. Shannon Macauley at Wake Forest School of Medicine who was not involved in the study.

Why would the equivalent of an electronic dance rave help Alzheimer’s?

Tsai’s idea didn’t come out of thin air—though it is extraordinarily novel. Although research into Alzheimer’s disease has mostly focused on beta-amyloid and its partner in crime, tau proteins, clinical trials that try to neutralize the proteins have all failed. Sometimes, the patients even got worse, likely because the treatments are relatively invasive to get into the brain.

The failures spurred a fringe group of neuroscientists to explore other channels to combat the disorder. A breakthrough came in 2009, from a very strange place: Alzheimer’s patients seem to have messed-up brain waves, particularly gamma waves—the type normally found in people concentrating on a task.

Although first described a century ago, scientists still don’t quite understand what brain waves mean or do. Neurons use electrical pulses to communicate, and when a group—often distributed widely within the brain—fires in synchronicity, the activity pattern shows up as oscillating waves that sweep repeatedly through the brain.

Studies using EEG, which uses electrodes placed on the scalp to pick up these patterns, show that different frequencies of brain waves correlate to different states of mind. Delta waves, for example, dominate the brain during deep sleep or meditation. Although the exact function of brain waves remains mysterious, scientists think that they may help “bind” different aspects of a memory together—for example, allowing neurons involved in seeing, smelling, and tasting a wonderful cup of coffee to activate as a network to retrieve the whole memory.

It’s a totally crazy idea. And it worked.

Starting with mice engineered with light-sensitive neurons, the team first directly stimulated neurons within the hippocampus with an implanted optic fiber. The light stimulation not only drove gamma waves, but kicked off a tsunami of biological events far beyond the team’s expectations.

Microglia kicked into high gear. Amyloid and tau chunks disappeared. It’s as if the brain suddenly went into repair mode.

To make the treatment less invasive, the team also tried LED light strips that flash at 40-hertz—the inexplicable magic number. After a week of treatment in mice at an hour a day, they showed a 67 percent drop in amyloid buildup in their visual cortex, along with a drop in tau.

In the new study, the team took their results one step further.

In mice that rapidly accumulated Alzheimer’s toxic proteins—reaching the hippocampus and cortex by middle age—the team stuck them inside a cage with a flashing 40-hertz LED light, as before. Light stimulation may not reach far beyond the visual cortex, so they added sound: a dolphin-like clicking also at 40 hertz.

For an hour a day, the mice chilled out in their amped-up cage. The effects were fast, furious, and dramatic: within a week, amyloid and tau tangles seemed to melt away—not just in the visual and audio parts of the brain, but also in the prefrontal cortex and hippocampus, the two main learning and memory centers impacted by Alzheimer’s. Even the blood vessels became more efficient at rising harmful proteins out of the brain.

In two separate memory tests, the team showed that the treated mice could better find a flooded platform to escape to when submerged in a giant bathtub of milky water. In another, they found that the disco mice—who are naturally curious as a species—tended to sniff out a new object compared to one they’d already seen. Both tests, standard protocols in testing animal memory, provide some of the strongest proof that the treatment actually impacts everyday memory.

I could write sonnets about how mice aren’t people, how clearing out amyloid doesn’t necessarily treat Alzheimer’s, and how scientists have repeatedly triumphed over the disorder in mice.

The idea, though intriguing, is very new. However, because it fundamentally relies on the idea that clearing out toxic proteins leads to better cognition, it doesn’t stray much from the current treatment dogma in Alzheimer’s.

The treatment also doesn’t last: within a week of stopping, the mice returned to their old state.

Even more finicky is this: Tsai and her team have no idea why 40-hertz stimulation works, just that it does. She is currently digging into the mechanism, in hopes of revealing what makes the Alzheimer’s brain tick.

One idea is that the light and sound work as a sort of “reset.” Neurons in Alzheimer’s often act irregularly—either slacking off or going full-on haywire. The stimulation effectively tries to shock the misbehaving neurons back into their steady and regular rhythm, a sort of metronome that re-synchronizes brain activity to help memory.

For now, this is all speculation. But that isn’t stopping Tsai and colleagues from exploring the treatment potential in humans. She’s already founded a commercial initiative with her colleague-in-arms, Boyden, called Cognito Therapeutics. In early human trials, the treatment seems to be safe and non-offensive.

Last September, they kicked off the AlzLife trial to begin assessing the treatment’s effect in people with dementia or Alzheimer’s. The app-based treatment combines light and sound therapy with mind-tackling games to further stimulate brains under siege. You can try the app yourself here. With an estimated enrollment of 2,000 participants, it may be one of the largest clinical trials targeting Alzheimer’s, ever.

Tsai is optimistically hopeful but demur over her results.

“It remains unknown how [the treatment] relates to endogenous gamma and, for example, whether [it] affects the capacity for information transmission and sensory processing between neuronal systems,” she wrote in the paper.

Studies in humans could take at least five years, she said. But for a devastating disorder like Alzheimer’s with no therapeutic option, what do we have to lose?