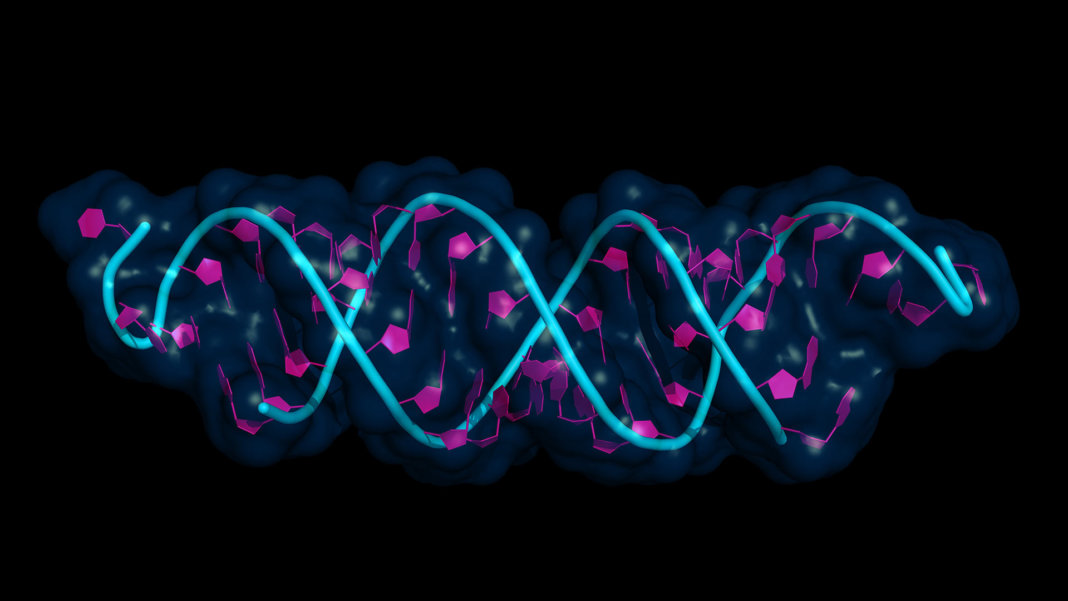 CRISPR advances have been coming so frequently that it’s hard to keep track.

In just a few years, it’s evolved from a nifty genome word editor to a full-on biological Swiss army knife. There’s the classic shutdown-that-faulty-gene version. There’s the change-and-replace-single-DNA-letters version. There are even spinoffs that let you add a gene, edit a bunch of genes, or irreversibly alter the genetic information of an entire species.

But before your eyes glaze over: this new family of upgrades is fundamentally different.

Rather than targeting DNA, a team at MIT repurposed CRISPR to edit single letters in RNA, the messengers that carry DNA information to the protein-building parts of the cell. Without RNA, most of DNA’s coding is moot: it’s similar to writing pages of software code, only unable to compile it into an executable program.

The effort is led by the legendary Dr. Feng Zhang, who was one of the first to realize CRISPR’s powerful editing abilities in mammalian cells. The tool, RESCUE, builds on Zhang’s previous attempt at using CRISPR to precisely swap one RNA letter for another—already hailed as a “tour de force” by outside experts.

This time, however, the editing is multiplexed. RESCUE can swap two letter pairs at the same time, doubling the number of disease-causing mutations translated by RNA that can be neutralized. Even more valuably, the tool can fundamentally change the way molecules in our cells communicate information, amping up—or temporarily blocking—the delicate amorphous “phone lines” that tell cancer cells to grow, or neurons to wither away from Alzheimer’s and other diseases.

“To treat the diversity of genetic changes that cause disease, we need an array of precise technologies to choose from…we were able to fill a critical gap in the toolbox,” said Zhang.

Zhang’s results are neat—but they’re not the takeaway. To understand why they matter, it helps to gain a broader perspective on why scientists are eager to target RNA in the first place.

Think of RNA as a CliffsNotesversion of DNA. When a gene needs its message heard, it recruits a group of middlemen to rapidly build short, clover-leaf-shaped RNA strands from scratch, which faithfully contain all the “coding” information in a gene to make a protein. Similar to DNA, RNA also has four letters—A, G, C, and U, which acts like DNA’s T—that bind with DNA in specific pair-wise ways. Three-letter combinations in RNA form a dictionary that mostly encodes different proteins; occasionally it means “stop.” In all, a total of 64 combinations of RNA triads generate 20 different proteins, forming a second version of life’s base code.

One, it’s the no-commitment gene therapy alternative. Because RNA rapidly regenerates, any mistakes in editing will wash out within hours, allowing scientists to quickly scan for another alternative.

Two, it achieves the same outcome as genome editing without adding risk. Without editing the genome—which, as we’ve seen in CRISPR babies, can go very wrong—there’s no risk of triggering permanent cancerous mutations or other lifelong side effects.

Three, targeting RNA can alter hotspots on a protein that are essential to its function. Not to overwhelm you with too much biochemistry, but proteins often “talk” to each other by adding—or deleting—certain chemical groups. It’s like either putting up or removing a “do not disturb” sign on your hotel room door—the cell’s staff will know whether or not to continue with their tasks. This is huge.

Life runs on these signs: should a brain cell die after a stroke? Should neurons build up protein clumps that further trigger neurodegeneration? Should that cancer cell keep dividing? These chemical signs are a goldmine for treating all sorts of diseases. RNA-editing CRISPR is a simple, robust, and effective way to open them up for intervention.

Back in late 2017, Zhang’s team described the first CRISPR alternative that snips RNA into bits, simultaneously destroying any carried genetic information in the molecules. Just a month later, they presented the first RNA base-editing tool: REPAIR, a CRISPR variant that precisely changes the letter “A” to an artificial form of “G.”

In humans, a G-to-A mutation is extremely common, implicated in health conditions such as epilepsy, Parkinson’s disease, and Duchenne muscular dystrophy. The new tool re-jiggles those mutations into benevolent forms while leaving the letters surrounding the troubled area alone.

To build REPAIR, the team strung two parts together like a molecular buddy cop tag-team. One is Cas13, a CRISPR family “scissor” protein that likes to cut RNA instead of DNA. The team made a neutered version that stripped the protein of its cutting ability, but retained its capability to grasp onto specific RNA sequences. They then chemically linked the Cas13 mutant with ADAR2, a protein word processor that forces A to I. Together, the deactivated Cas13 hunts down a target sequence in RNA, and ADAR2 swaps the letters.

The new system RESCUE uses REPAIR as its template. By analyzing the structure of ADAR2, the team made a few educated guesses to gradually change its activity, so that the protein learns to turn “C” to “U” in an RNA molecule. Using a process called directed evolution, they screened 16 rounds of RESCUE constructs in yeast cells until they found one with up to 80 percent editing efficiency. A quick test with 24 clinically-relevant mutant synthetic RNAs found editing proficiencies around 40 percent (however, going as low as single digits). Further optimization reduced off-target hits to around 100 without disrupting on-target abilities

In cultured human cells, the team found they could efficiently alter the cell’s “do not disturb” molecular signs using RESCUE. In one case the team was able to boost cell growth, similar to the process seen in prostate and other cancers. Another interesting target is APOE2, the team explained, which increases the risk of Alzheimer’s. RESCUE could, in theory, alter the RNA transcripts so that they resemble the more brain-protective version, thus potentially helping at-risk individuals without altering their brain’s genetic profile.

RESCUE combines the top traits of RNA editing with the strength and resources of CRISPR, bridging two of biomedicine’s most promising approaches into a single tool. Compared to DNA-targeting CRISPR, it could finally put “undruggable” molecular targets within reach.

To be fair, RESCUE’s efficacy and specificity need years more tinkering to be acceptable for clinical use. And because RNA regenerates, the editing effects are temporary, which could become problematic if counteracting a lifelong genetic disease. But to some, that’s a feature, not a bug—it makes the tool useful for temporary conditions such as inflammation, stroke, or infectious diseases that only need brief treatments.

“Applications of the CRISPR system to RNA are heating up,” said Dr. Gene Yeo at UCSD, who funded a startup that uses CRISPR to target and cleave RNA for incurable conditions such as Huntington’s disease. His previous efforts engineered Cas9 variants that left DNA alone while destroying toxic RNA buildup to block the progression of neurodegeneration.

“RNA targeting has many advantages, and I think this will grow much more because there are many more things you can do to RNA than DNA,” said Yeo.