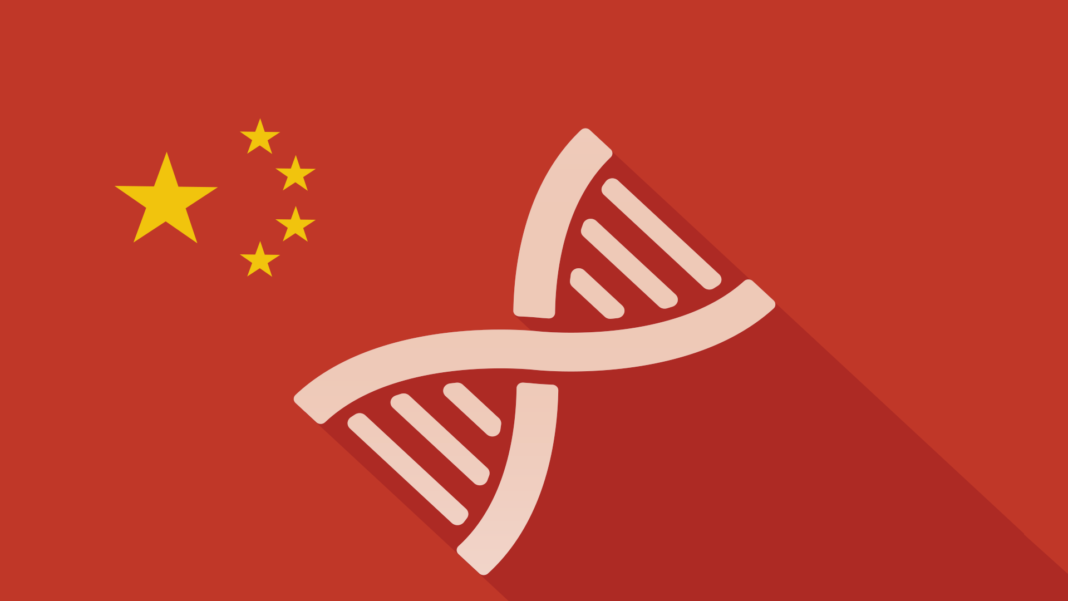 In some ways, Hercules is pretty standard for the course where beagles are concerned. He likes to run around and generally looks as (borderline insanely) happy as any of his floppy-eared cousins across the world. However, when it comes to muscles, Hercules is to other beagles what a prime Arnold Schwarzenegger is to, well, me.

The reason is CRISPR. Chinese scientists used the gene-editing technology to delete myostatin, which limits muscle growth, in Hercules at the embryo stage. As a result, he developed unusual muscle strength. The study could lead to new ways of treating human diseases such as muscular dystrophy and Parkinson’s.

Hercules is far from alone, as China is seeing an explosion in CRISPR-based animal studies and embracing the gene-editing technology with unrivaled zest and zeal—so much so that China could soon outpace the US in CRISPR-related research papers and patents across fields such as medical research, agriculture, and industrial applications.

As Jennifer Doudna, often credited as the inventor of CRISPR, put it to Science, “This is a country and a culture that really values science and technology. Their government has put very serious money into it, and they’re walking the walk.”

When it comes to CRISPR, there’s the US, China—and everybody else. A recent analysis shows the US still holds more CRISPR-related patent applications (872 versus China’s 858). For comparison, all of Europe has 186 patents. The same study shows US-based scientists have released 2,976 CRISPR-related scientific papers to their Chinese counterparts’ 2,059. Japan, in third place, has 228. In some areas, such as agriculture and industrial applications, China holds more patents and has published more papers than anyone else.

Patents and papers alone do not make a science superpower. Other important factors include the backing of government organizations and educational institutions’ renown. Traditionally, US universities have drawn top scientists from around the world, but for CRISPR that seems to be changing. Chinese universities have successfully enticed Chinese gene-editing scientists to return from the US, and international scientists are immigrating to China to do their research. In its latest five-year plan, the Chinese government highlighted gene editing as a focus point and committed to easing the surrounding bureaucratic framework.

The country seems to be focusing its efforts on areas such as agriculture, human medicine, and basic research. A new gene-editing technology similar to CRISPR coming out of the University of Peking is proof of the latter. Supposedly, the new technology, called LEAPER, is similar to CRISPR-Cas13 but uses arRNA instead of RNA, easing delivery of gene edits and lowering risks of unwanted cellular responses.

Sheer numbers seem to play a pivotal role in China’s approach to CRISPR research. For example, the study with Hercules involved 27 puppies. Across China, there are at least four groups of CRISPR researchers gene editing large colonies of monkeys, while others are using dogs, mice, rats, pigs, and rabbits.

Reproductive biologist Jon Hennebold at the Oregon National Primate Research Center in Hillsboro told Science, “The most startling part of what is coming out of China is seeing how they have just a brute-force approach. The level of animal support they have to do those experiments is really astounding.”

Some of the animals, including Hercules, seem to suffer no ill consequences, but others are given excruciating diseases. Some projects, such as the reported collaboration between Juan Carlos Izpisúa Belmonte from the Salk Institute in California and researchers in China are splicing human cells to animal embryos. The goal is to create organs, like kidneys or a liver, that can be harvested for transplantation into humans. The embryo study was carried out in China ‘to avoid legal issues.’

Ethical questions abound with such studies, but, at least on the surface, they seem less prevalent in China compared to many Western countries. For comparison, US legislators could soon force the National Institutes of Health to end non-human primate experiments altogether.

The most prevalent counterargument is that such experiments can lead to cures for many diseases, including Parkinson’s, Alzheimer’s, and perhaps even some forms of cancer.

China’s full-speed-ahead approach on CRISPR extends beyond animal research. There are at least 20 research groups across the country using CRISPR to modify crop genes as part of a wider, technology-based push to improve agricultural output. Recent figures are hard to come by, but in 2013, China’s public funding of agricultural research was close to $10 billion, more than twice that of the US, and it doesn’t seem to have slowed down since.

The animal and plant-based CRISPR studies seem to be fulfilling two purposes. First, they help bolster China’s position on several of the economic, political, and technological fronts where the country is squaring off with the US. Second, gene editing offers viable solutions to some of the major issues facing the world’s most populous country.

Chinese authorities need to find ways of feeding 1.4 billion people out of the world’s rising population. Competition for resources, including food, is increasing, so being able to produce more of it at home is imperative. At the same time, Chinese demographics are changing. The middle class is growing rapidly, leading to changes such as increased consumption of meat and higher prevalence of lifestyle diseases. It also faces stark shortages when it comes to, among other things, some healthcare supplies and services. One study suggests that 300,000 Chinese people need organ transplants, but there are just 10,000 organs available.

What China’s Charge May Lead To

All this brings us to the biggest CRISPR story to come out of China over the last couple of years: He Jiankui’s gene-edited babies. While the Chinese authorities have condemned the experiment, other studies that involve using CRISPR on humans are still going ahead.

Last year, Chinese scientists delivered CRISPR-edited genes into a lung cancer patient as part of a clinical trial. Carl June, a scientist working on a similar project at the University of Pennsylvania, described it to Nature as the possible trigger for “Sputnik 2.0, a biomedical duel on progress between China and the US.”

That duel already seems well underway, with China moving toward getting the upper hand. Goldman Sachs analyst Salveen Richter, who has studied China’s CRISPR efforts, pointed out that as of February 2018, there were nine registered clinical studies testing CRISPR-edited cells to treat various cancers and HIV infection in China, and only one such study in the US.

If China indeed grabs the lead on CRISPR, it could translate into a variety of advantages. As the ongoing battle over who invented CRISPR clearly illustrates, future earnings are very dependent on patent rights. Such rights are often tied to scientific studies. The combination of both is key to developing patented new solutions and products, which people across the globe will likely want to purchase, especially considering that many countries face similar challenges to China when it comes to healthcare shortages or finding ways to produce more food.

The ‘Sputnik 2.0 race’ is far from over, and the good news is that the competition will almost invariably lead to new discoveries and solutions that can be beneficial for all of humanity. The question then becomes what access the rest of the world will have to such solutions.