Animals Are Out, Alt Protein Is in—and It’s Cooking Up Some Unbelievable Creations 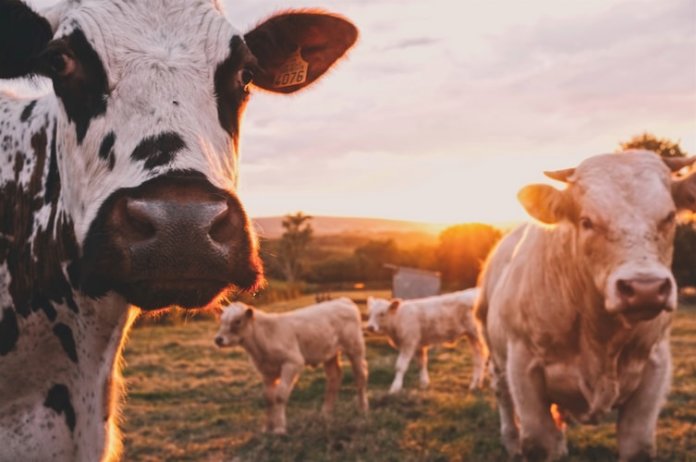 A new food economy is taking root. It’s showing up in the dairy section of grocery stores and in the drive-thrus of Burger King. Plant-based milk, meat, and even sushi are appearing more regularly on menus, riding a trend created by companies like Beyond Meat, Impossible Foods, and Ripple.

The Age of Animal Protein—with its environmental, ethical, and health baggage—seems to be giving way to the Age of Alternative Protein.

There are companies going well beyond plant-based burgers or creamy milks made from nuts. Startups are trying to coax animal cells into steaks and bypass the slaughterhouse altogether or tweak the genetics of microbes to produce proteins found in milk and eggs.

If the idea of chowing down on a lab-grown burger someday still sounds a little fantastical, then the following efforts to reimagine and redesign animal-free protein will seem out of this world.

Microbes as Meat and Machine

Let’s start small: Extremophiles are terran-based organisms that can exist in the most hostile conditions on Earth, like sunless caves or freezing oceans, but could be equally comfortable in the cold vacuum of space. In other words, they’re tough.

A particularly hardy species of microbes that inhabit the volcanic springs of Yellowstone National Park may also turn out to be edible and highly nutritious. A startup spun out of the University of Chicago called Sustainable Bioproducts is attempting to create single-cell protein using extremophile bacteria, leveraging years of fundamental research on the microorganism and a proprietary fermentation technology.

Sustainable Bioproducts reproduces the microbes in the lab, feeding them a starchy solution that produces a protein with all nine essential amino acids that humans need in their diet. The resulting product is truly flexitarian in that it can be made savory or sweet, meat-like or dairy-like.

The tech drew investments from some of the world’s biggest food companies, like Archer Daniels Midland and Danone, along with the save-the-world investment fund known as Breakthrough Energy Ventures, which is backed by $1 billion and a who’s who of philanthropist billionaires such as Bill Gates, Richard Branson, and Jeff Bezos.

A number of other startups are turning microbes into protein by feeding them everything from methane and carbon dioxide to wastewater from food production. For example, Calysta Energy out of Silicon Valley employs microbes that metabolize methane, while Hong Kong-based iCell Sustainable Nutrition feeds its protein-rich bugs wastewater from sugar production. Many of these companies are targeting animal feed markets like aquaculture.

In other cases, the microbes are not the meat of the product but a means to a really alternative protein that employs the same fermentation science behind brewing beer—but using genetically modified yeast or bacteria. Founded just this year and already backed by more than $117 million in capital, Motif FoodWorks isn’t stopping at replicating the usual sorts of dairy and egg proteins pursued by companies like Perfect Day or Clara Foods.

Instead, the company—spun out of Ginkgo Bioworks, a startup unicorn that engineers microbes for food ingredients, flavors, and fragrances—plans to serve as an R&D lab for companies seeking to create even more exotic proteins, from platypus milk to sturgeon eggs.

It’s not just about brewing weird food for the next Silicon Valley party of longevity-seeking billionaires: Platypus milk, for instance, has shown antibacterial properties that could help fight the rise of antibiotic-resistant superbugs.

Speaking of bugs: Insects have been touted as a more sustainable and nutritious protein than beef for years now. That’s led to cricket protein bars and cricket protein flour. But, for many, there’s still the ick factor.

So what about lab-grown insect protein?

Scientists at Tufts, led by Natalie Rubio, recently investigated the feasibility of growing insect muscle cells on a mushroom-based scaffolding, which is the structural support for cell attachment and tissue growth. Not only do the cells grow like crazy, but it’s cheaper and easier to culture insect tissues versus mammalian ones.

The research grew out of Rubio’s work on using insect cells as bioactuators for soft robotic muscle applications. Some of the same characteristics that make insect-derived biobots superior to those constructed from mammalian tissues or cells, such as tolerance to a wide range of environmental conditions, make lab-grown insect protein an attractive alternative, according to Rubio’s team.

“The robustness of established techniques for culturing insect cells … make them ideal candidates for incorporation into cultured meat and other innovative food products,” they concluded.

Even more straightforward plant-based food, like that coming from companies such as Beyond Meat and Impossible Foods, may soon get a new technological twist: 3D printing. A few startups have emerged in the last year or so that are developing 3D printing technologies for improving the texture, flavor, and appearance of plant-based meats.

Israeli startup Redefine Meat out of Tel Aviv, for instance, just came on the food tech scene last year but promises to begin selling its 3D printers directly to supermarkets and food manufacturers by 2020.

“We are developing a new 3D printing process that controls texturization and product placement, and a new printer to support it,” chief business officer Adam Lahav told Singularity Hub by email. “Our printer is a semi-industrial printer designed to produce large amounts of meat in a short space of time.”

Lahav explained that existing food technology is very good at mimicking individual aspects of meat, such as good flavor, texture, or appearance, but scoring the trifecta is extremely challenging.

“3D printing enables a new level of control on texture, flavor, appearance, and their combination, resulting in products that ‘behave’ much more like meat in your mouth,” he said.

“I realized that if 3D printers could imitate human tissue that well, then I could generate a meat substitute that had the same texture as animal tissue,” Sconti said in a recent interview.

Making the Switch to Alt Protein

Obviously, all of these innovations require money, and cash is certainly flowing to many of the startups that are attempting to commercialize these alternative proteins.

The venture capital firm itself, AgFunder, announced a new Alt Protein Fund with a tentative target size of $20 million. The fund will invest in alternative animal proteins, including plant-based products, cellular agriculture, and other technologies required to support the emerging industry, according to Rob Leclerc, a founding partner at AgFunder.

In the announcement, Leclerc noted that new technologies are surpassing the animal-based ones that first helped build human civilization.

“We anticipate that many consumers will shift to animal-free food products if those products begin to meet or exceed their animal-based alternatives on key areas like cost, taste, functionality, convenience, and health,” he wrote. “Factor in a more conscious consumer concerned about the impact of animal agriculture on our environment and sustainability, and that switch may happen even faster.”

Analysts at Barclays seem to believe the shift to alternative protein will happen quickly. They project the alt protein market will be worth $140 billion within the next decade, capturing 10 percent of the $1.4 trillion meat industry.

The big brains at global management consulting firm A.T. Kearney are even more bullish, writing that one-third of the global meat supply will be provided by alternative meat technologies within 10 years, seriously disrupting traditional agriculture and creating a new industry around alternative meat proteins.

“At the current stage, it is hard to tell how fast the disruption will come about,” they wrote. “However, one can already observe how wholesalers, retailers, and consumer goods companies are trying to find a lucrative starting position by purchasing exclusive distribution rights or through acquisition of startups.”

Apparently, in such a dog-eat-dog world, the vegetarians will end up winning after all.