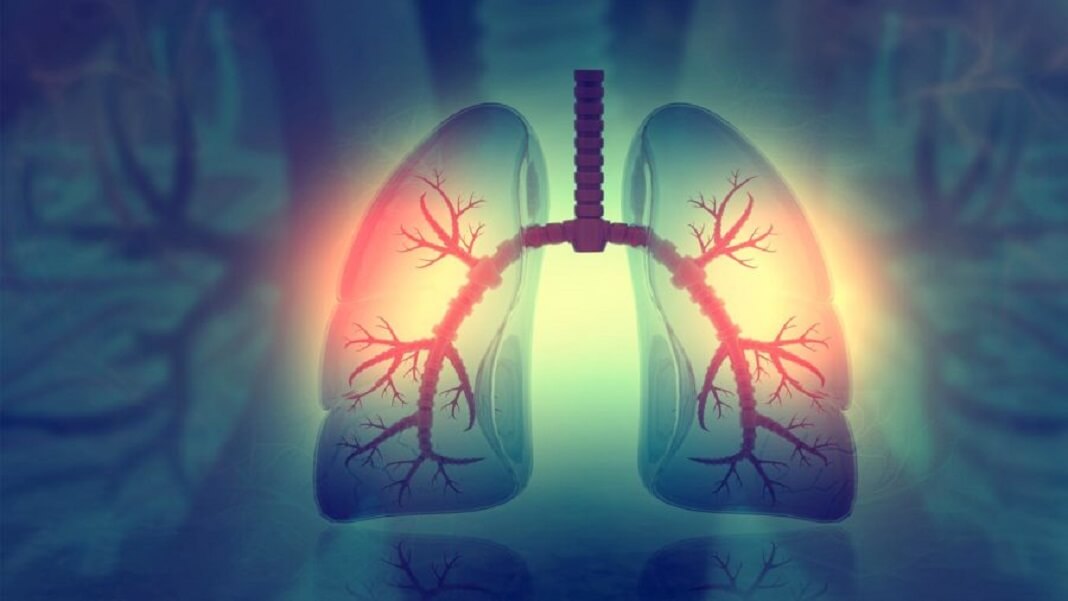 Unless you or a loved one are a smoker, lung health probably never got on your radar. But the recent spike in deadly vaping-related lung diseases—some requiring lung transplants—make it clear: as a society, we’re woefully ill-equipped to handle any sort of outbreak that damages our lungs. Unfortunately, the health crisis isn’t going away. Vaping aside, as dangerous air quality becomes increasingly prevalent in cities around the globe, the risk of serious lung disease will only rise.

The problem? Healthy donor lungs are few and far between, and because of their extraordinarily intricate structure, lungs are extremely difficult to perfectly 3D print or otherwise bioengineer.

Last week, scientists from Columbia University Irving Medical Center, Stanford University, and the University of Tokyo teamed up in an outside-the-box attempt at making lab-grown lungs. Rather than engineering the organ, they hijacked a developing mouse embryo’s innate ability to develop any organ to “grow” third-party lungs right inside the embryo.

In two types of embryos deprived of cells that normally turn into lungs, the team inserted donor stem cells. Under the direction of genetic and chemical signals that orchestrate the entire blueprint of the body, the transplanted cells turned into fully functional lungs that kept the otherwise lung-less host mice alive well past birth.

“Our study shows that it may eventually be possible to develop new strategies for generating human lungs in animals for transplantation as an alternative to waiting for donor lungs,” said Dr. Wellington Cardoso, one of the lead authors of the study.

If the structure of a neuron resembles a tree, then a lung is three rainforests in one. A single lung contains three lobes, each packed full of tubular branches that increasingly narrow. The end of each microscopic branch explodes into a cluster of popcorn-like air sacs called alveoli—Latin for “little cavity.”

Alveoli are where the magic of air exchange happens. These little sacs, roughly 480 million of them, are coated with a slimy lubricant that helps the cells absorb oxygen while pumping out toxic carbon dioxide waste from the blood. Each of these lobes are as diverse as a rainforest, with more than 40 types of cells precisely aligned in a maze-like architecture.

Think that’s complicated? There’s more. Blood vessels tightly wind between the air sacs like tiny vines around trees, which ensures the alveoli have optimal contact with our blood supply. Trying to print a scaffold for just the airway is already beyond our capabilities; adding blood vessels on top of that is—for now at least—impossible.

That’s partly why scientists have all but shunned the idea of biofabricating lungs from scratch, instead repurposing old lungs for reuse. Here, the cells from donor lungs are gently swished away using a special detergent. Scientists can then “seed” the scaffold with donor cells, which—if all goes well—repopulate the scaffold into a new functional lung. Because the end product uses donor cells, this rinse-and-replace idea circumvents the problem of immunorejection. But it still requires a donor lung, and any damage during the process can render it unusable.

It’s an ethically controversial approach that’s nevertheless gaining steam. In theory, scientists can grow human organs inside pigs or other large animals, in essence using them as living incubators. If successful, chimeras will make organ shortage a thing of the past. The morality of the whole endeavor remains challenging—especially when human-animal hybrids are involved.

Rather than jumping in, here the team dipped their toes into these troubling waters, asking if growing another animal’s lungs is even technologically possible. Simply injecting donor stem cells into a deficient embryo doesn’t always work—the cells need to reach the correct environment to receive the necessary instructions to keep developing and “rescue” the deficiency.

The team first identified a gene that leads to lung growth, and deleted it inside a normal embryo just before lungs began to form to prevent other non-lung-related deficiencies. Next, they experimented with tissue culture conditions that could keep the donor stem cells healthy and proliferating, while maintaining their ability to turn into different cell types.

Once they could reliably generate the two main components—embryos incapable of making lungs, and healthy donor cells—they injected the stem cells into the host embryos at an early stage.

The donor cells took. Among 24 tries, only one failed. The others led to healthy, breathing mice pups with perfectly formed lungs made from a combination of donor and host cells. The chimeric mice were “indistinguishable” from non-treated peers, the authors said.

The secret to their success at least partly lies in the culture conditions for donor stem cells. The combination of several chemicals seemed to have “opened up” the donor cells’ DNA “housing,” making it easier for the recipient embryo to modify donor DNA expression. Although they still don’t understand how that makes the stem cells better form lungs, additional studies are underway to tease out the molecular machinery involved in the transformation.

Having live births isn’t enough. Next, the team played the long game, asking if these chimeric lungs are enough to sustain the animals for their entire lives.

Here, they used two types of mice as hosts, both with lung deficiencies: one couldn’t grow lungs at all, and the other couldn’t generate enough lung cells to develop a mature, functional organ.

After taking a dip in their chemical baths, the “enhanced” donor stem cells were able to rescue both types of mice from certain death. The mice developed into full adulthood without any notable health problems, and a swath of functional tests showed that their mechanical and functional properties were indistinguishable from normal mouse lungs—same airway resistance, stretching elasticity, and response to drugs that constrict the airway.

The cherry on top? No signs of immune rejection. “The stem cells were implanted before the embryos’ immunological system was turned on, which may explain why the organs were not rejected,” said study author Dr. Munemasa Mori.

The study is just the first step in a very long journey. Chimeric lungs, even when functional, are not ideal for transplantation into adults. The team is working to develop genetically engineered mice that can generate functional lungs wholly from donor cells as their next step. And if that proves successful, the team will move on to larger animal models—for example, sheep or pigs—interspecies transplants, and perhaps one day, human chimeras.

The leap from mice to men is always difficult, but the team is optimistic. “Many of the signals for lung development are conserved across species, from frogs to mice to humans, so the idea of using animals to grow human lungs is not out of the question,” said Cardoso.