Scientists Linked Artificial and Biological Neurons in a Network—and Amazingly, It Worked 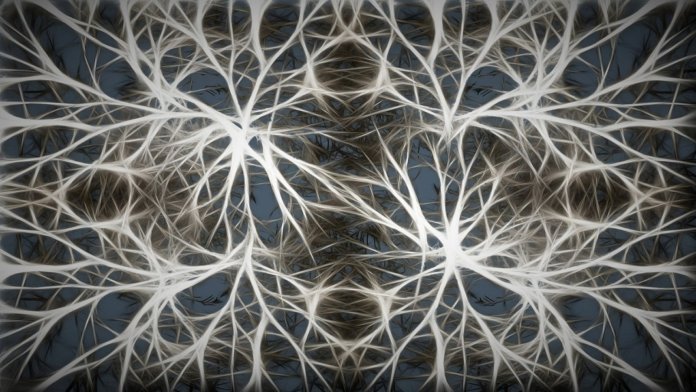 As Moore’s law is dying, we even said that neuromorphic computing is one path towards the future of extremely powerful, low energy consumption artificial neural network-based computing—in hardware—that could in theory better link up with the brain. Because the chips “speak” the brain’s language, in theory they could become neuroprosthesis hubs far more advanced and “natural” than anything currently possible.

This month, an international team put all of those ingredients together, turning theory into reality.

The three-neuron network, linked through artificial synapses that emulate the real thing, was able to reproduce a classic neuroscience experiment that’s considered the basis of learning and memory in the brain. In other words, artificial neuron and synapse “chips” have progressed to the point where they can actually use a biological neuron intermediary to form a circuit that, at least partially, behaves like the real thing.

That’s not to say cyborg brains are coming soon. The simulation only recreated a small network that supports excitatory transmission in the hippocampus—a critical region that supports memory—and most brain functions require enormous cross-talk between numerous neurons and circuits. Nevertheless, the study is a jaw-dropping demonstration of how far we’ve come in recreating biological neurons and synapses in artificial hardware.

And perhaps one day, the currently “experimental” neuromorphic hardware will be integrated into broken biological neural circuits as bridges to restore movement, memory, personality, and even a sense of self.

One important thing: this study relies heavily on a decade of research into neuromorphic computing, or the implementation of brain functions inside computer chips.

The best-known example is perhaps IBM’s TrueNorth, which leveraged the brain’s computational principles to build a completely different computer than what we have today. Today’s computers run on a von Neumann architecture, in which memory and processing modules are physically separate. In contrast, the brain’s computing and memory are simultaneously achieved at synapses, small “hubs” on individual neurons that talk to adjacent ones.

Because memory and processing occur on the same site, biological neurons don’t have to shuttle data back and forth between processing and storage compartments, massively reducing processing time and energy use. What’s more, a neuron’s history will also influence how it behaves in the future, increasing flexibility and adaptability compared to computers. With the rise of deep learning, which loosely mimics neural processing as the prima donna of AI, the need to reduce power while boosting speed and flexible learning is becoming ever more tantamount in the AI community.

Neuromorphic computing was partially born out of this need. Most chips utilize special ingredients that change their resistance (or other physical characteristics) to mimic how a neuron might adapt to stimulation. Some chips emulate a whole neuron, that is, how it responds to a history of stimulation—does it get easier or harder to fire? Others imitate synapses themselves, that is, how easily they will pass on the information to another neuron.

Although single neuromorphic chips have proven to be far more efficient and powerful than current computer chips running machine learning algorithms in toy problems, so far few people have tried putting the artificial components together with biological ones in the ultimate test.

That’s what this study did.

Still with me? Let’s talk network.

It’s gonna sound complicated, but remember: learning is the formation of neural networks, and neurons that fire together wire together. To rephrase: when learning, neurons will spontaneously organize into networks so that future instances will re-trigger the entire network. To “wire” together, downstream neurons will become more responsive to their upstream neural partners, so that even a whisper will cause them to activate. In contrast, some types of stimulation will cause the downstream neuron to “chill out” so that only an upstream “shout” will trigger downstream activation.

Both these properties—easier or harder to activate downstream neurons—are essentially how the brain forms connections. The “amping up,” in neuroscience jargon, is long-term potentiation (LTP), whereas the down-tuning is LTD (long-term depression). These two phenomena were first discovered in the rodent hippocampus more than half a century ago, and ever since have been considered as the biological basis of how the brain learns and remembers, and implicated in neurological problems such as addition (seriously, you can’t pass Neuro 101 without learning about LTP and LTD!).

So it’s perhaps especially salient that one of the first artificial-brain hybrid networks recapitulated this classic result.

Meanwhile, the rat neuron in Italy also has electrodes that listen in on its electrical signaling. This signaling is passed back to another artificial synapse in the UK, which is then used to control a second artificial neuron back in Switzerland. This is the biological-to-artificial pathway back. As a testimony in how far we’ve come in digitizing neural signaling, all of the biological neural responses are digitized and sent over the internet to control its far-out artificial partner.

Here’s the crux: to demonstrate a functional neural network, just having the biological neuron passively “pass on” electrical stimulation isn’t enough. It has to show the capacity to learn, that is, to be able to mimic the amping up and down-tuning that are LTP and LTD, respectively.

You’ve probably guessed the results: certain stimulation patterns to the first artificial neuron in Switzerland changed how the artificial synapse in the UK operated. This, in turn, changed the stimulation to the biological neuron, so that it either amped up or toned down depending on the input.

So…I’m still picking my jaw up off the floor.

It’s utterly insane seeing a classic neuroscience learning experiment repeated with an integrated network with artificial components. That said, a three-neuron network is far from the thousands of synapses (if not more) needed to truly re-establish a broken neural circuit in the hippocampus, which DARPA has been aiming to do. And LTP/LTD has come under fire recently as the de facto brain mechanism for learning, though so far they remain cemented as neuroscience dogma.

However, this is one of the few studies where you see fields coming together. As Richard Feynman famously said, “What I cannot recreate, I cannot understand.” Even though neuromorphic chips were built on a high-level rather than molecular-level understanding of how neurons work, the study shows that artificial versions can still synapse with their biological counterparts. We’re not just on the right path towards understanding the brain, we’re recreating it, in hardware—if just a little.

While the study doesn’t have immediate use cases, practically it does boost both the neuromorphic computing and neuroprosthetic fields.

“We are very excited with this new development,” said study author Dr. Themis Prodromakis at the University of Southampton. “On one side it sets the basis for a novel scenario that was never encountered during natural evolution, where biological and artificial neurons are linked together and communicate across global networks; laying the foundations for the Internet of Neuro-electronics. On the other hand, it brings new prospects to neuroprosthetic technologies, paving the way towards research into replacing dysfunctional parts of the brain with AI chips.”