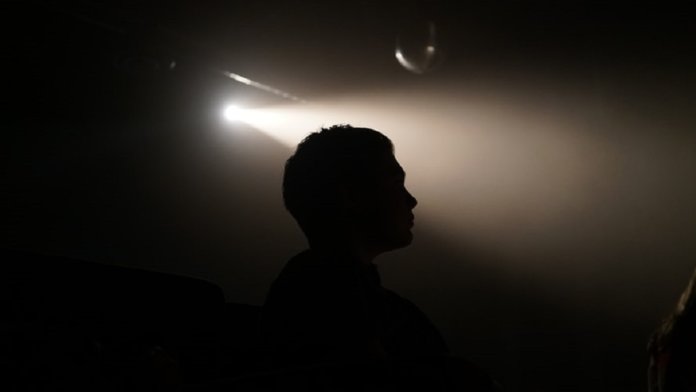 Consciousness is one of the greatest mysteries of the human species. Where and how does it originate? Why do we have it? Is it even real, or just an illusion?

These questions aren’t just hard to answer—even looking for answers is difficult. But scientists are slowly chipping away at them, with teams all over the world carrying out studies on the brain aimed at cracking the consciousness code.

One of the most recent studies showed a clear relationship between two brain networks critical to consciousness. In a paper published this week in Science Advances, a team from the University of Michigan described their finding that the default mode network (DMN) and the dorsal attention network (DAT) are anti-correlated, meaning that when one is active, the other is suppressed. The team also found that neither network was highly active in people who were unconscious.

These findings suggest that the interplay of the DMN and the DAT support consciousness by allowing us to interact with our surroundings then to quickly internalize those interactions, essentially turning our experiences into thoughts and memories.

Inside Out and Back Again

Say you’re walking through your neighborhood on a sunny afternoon. You’re thinking about the party you went to over the weekend, remembering people you met and conversations you had. Then there’s a crashing noise and a car horn starts honking—a biker has run into a car and fallen over not ten steps from you. No one appears to be hurt, but you rush to the biker’s side to see if she needs help.

In a few seconds, you’ve switched from using one brain network to another. The default mode network (DMN) is active when we’re internally focused, thinking about ourselves and using our memory and imagination. The dorsal attention network (DAT), on the other hand, is activated when we’re aware of and paying attention to the environment around us.

Of course, switching between different brain networks happens constantly, as does simultaneous use of multiple networks; we’d use both the frontoparietal network (active in higher-level processing) and the visual network (used for sight) to analyze and react to images we see or words we read, for example.

One or the Other, But Not Both

But when it comes to the default mode and dorsal attention networks, the situation is a little different; the two are rarely, if ever, active at the same time—in fact, neuroscientists had long suspected the two networks weren’t simultaneously active. The relationship between the two has been studied before, but the Michigan team’s research yielded the first definitive proof that the DMN and DAT are, in fact, anti-correlated.

If you think about it, it makes sense; it’s hard to be fully engaged with your surroundings and be deep in thought about yourself at the same time.

People meditate to try to get out of their heads and focus on the present moment, that is, to quiet the DMN and activate the DAT. Psychedelics like psilocybin or LSD have the same effect: the default mode network is quieted, often resulting in intense feelings of connection to the natural world, other people, or one’s surroundings. Since the DMN is where our egos live and where negative thought loops about ourselves take place, the use of psychedelics to quiet this brain region is increasingly being studied as a treatment for depression, PTSD, addiction, and other neurological disorders.

Indeed, we’re trying pretty hard these days to “get out of our own heads”—and it’s not easy. This study showed that not only can we not be in our own heads and out of them at the same time, but this mutually exclusive relationship between the DMN and the DAT and the consistent switching between them is what enables us to interact with our environment then internalize and process our experiences—in other words, to be conscious.

“The results provide novel scientific insight into the neuronal mechanisms of consciousness,” said Zirui Huang, the lead author on the study, and these insights could eventually be used to develop an indicator of the state of consciousness in patients with brain disorders.

The team used functional magnetic resonance imaging (fMRI), which measures brain activity by detecting changes in blood flow, to study the brains of 98 participants. Some of the participants were awake, while others were mildly sedated or generally anesthetized, and some suffered from brain disorders of consciousness.

The team built a machine learning model to analyze when different parts of participants’ brains were in use at the same time. Many previous studies of these patterns used fMRI data averaged over several minutes, but the Michigan team took second-to-second images of brain activity.

“We know the brain is changing second to second with different networks engaged in collaboration,” said Anthony Hudetz, Professor of Anesthesiology and Director of the Center for Consciousness Science, and a senior author of the paper. “Temporal averaging can miss the actual dynamics of the brain and what underlies everything the brain does, from our thinking to our imagination.”

They observed eight primary brain networks—from higher-level processing to visual processing and the activity of the whole brain—in addition to the aforementioned DAT and DMN. Using the first 98 participants, the team created a model of the activity patterns of these networks, including which ones were activated simultaneously, for how long, and which network activated subsequently.

Once they had a reliable model, the team further evaluated their results in an additional group of 248 participants, all of whom were conscious but some of whom had psychiatric disorders that could alter the functioning of their brain networks.

The researchers saw that the brain quickly transitions from one network to another in regular patterns, and the conscious brain cycles through a structured pattern of states over time, including frequent transitions to the default mode and dorsal attention networks.

But in patients who were unconscious—whether they’d been sedated or they suffered from brain disorders—transitions to the DMN and DAT were much less frequent.

This is key: though the experiences of unresponsive patients would have differed depending on how they became unconscious—their brain networks would have been impacted and reorganized in different ways—they all shared the same isolation of the DMN and DAT networks.

In people who are conscious, turning off the DMN (which is what happens when you take psychedelics) results in an inability to deeply self-reflect. Turning off the DAT, on the other hand, would result in an inability to be aware of and respond to one’s surroundings. It’s the switching between these two networks that allows us to be engaged, aware, self-reflective humans—conscious beings, you could say.

We already knew that you’re in a conscious state whether you’re daydreaming and caught up in memories or out of your head and engaged with the world around you.

But now we have further proof that, one, you don’t use the brain networks required for self-reflection and external engagement at the same time, and two, you don’t use much of either when you’re unconscious.

Huang hopes to next identify how the brain regulates these moment-to-moment changes from one network to another. “These structured patterns of brain changes are important for consciousness,” he said.

Cracking the code—or, rather, the many codes—of the human brain will likely take decades, and that’s taking into account the decades scientists have already devoted to studying, probing, imaging, and analyzing the three-pound ball of neurons and fatty acids inside our heads.

But after all, the brain is the seat of consciousness, as well as that of every thought, memory, emotion, and sensation we have; we couldn’t have expected its inner workings to be straightforward.