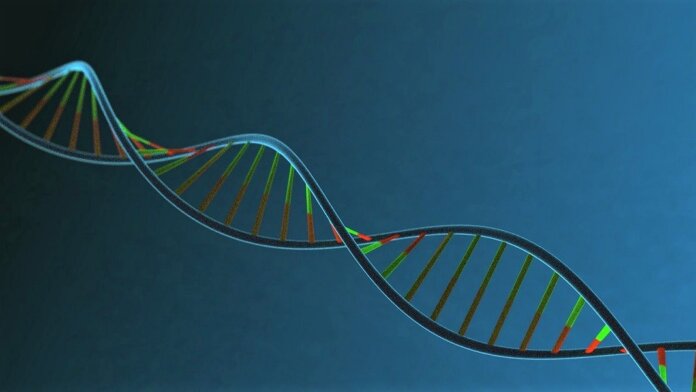 That’s the recent finding from Dr. Jennifer Doudna’s lab, one of the original discoverers of CRISPR, at the University of California, Berkeley.

You’ve heard of CRISPR: the wunderkind gene editing tool that’s far easier and cheaper than any previous genetic modification methods. It skyrocketed in fame into the clinical trials just a few years after its initial discovery, potentially single-handedly saving the future of gene therapy.

Since its initial discovery, CRISPR has blossomed into a Swiss army knife for the gene therapy world: from nerdy laboratory research and development to clinical trials for genetic disorders, CRISPR seems unstoppable. It even gained several high-profile spin-offs: different versions of its gene-cutting scissors, called Cas proteins, that only swap out single genetic codes, or act as canaries towards viruses such as the one currently causing the pandemic.

In last week’s issue of Science, Doudna and her team just reported another version that might revolutionize CRISPR as a whole.

You see, most “scissor” Cas proteins come from two branches of life: bacteria and archaea. They’re used as tools to fight off viral infections, which plague them as much as they terrorize us.

Yet a special type of viruses, called bacteriophages—or eaters of bacteria—also harbor Cas proteins, nearly half the size of anything we’ve previously identified. In the new study, the team found that these alien Cas proteins—dubbed Cas Φ—can readily slice up genetic material in human and plant cells. What’s more, because of their tiny size, they can squeeze into genetic crevasses to cut DNA previously protected by its surrounding environment.

In other words, by tapping into the mechanism generally used to fight off viruses, but from a virus itself, we have a potentially far more powerful CRISPR tool capable of editing far more areas of our genome than previously expected. What’s more, because these Cas Φ are so tiny, they can readily enter cells, further enhancing gene-editing efficacy.

“When we think about how CRISPR will be applied in the future, that is really one of the most important bottlenecks to the field right now: delivery. We think this very tiny virus-encoded CRISPR-Cas system may be one way to break through that barrier,” said Doudna.

CRISPR’s been so prominent as a gene editing tool that it’s easy to forget its humble origins.

The system’s a two molecule tag-team originally discovered in bacteria as a sort of immune system to fight off viral attacks. The first component, guide RNA, is a viral-gene finding tool that scans the cell’s environment for incoming viral attacks. Once recognized, the tool hunts down those viral genetic bits, and Cas—the protein component—literally chops up the viral DNA genome. No genes, no new viruses.

Scientists eventually decoded these life processes, so we can hijack the system for gene editing. Rather than hunting down viral genes, for example, we can tailor the tool to screen for disease-causing genetic mutations, and program Cas9—the classic “scissor protein”—to chop those up instead.

Despite its tremendous success, CRISPR-Cas has an Achilles’ heel. Our genes are protected inside a physical biological bubble, which makes it difficult for most molecules to enter—picture a wall around the castle target, and CRISPR as an invading army. While guide RNAs are really small, Cas proteins aren’t. They can’t bombard their way into cells.

The workaround is to package the entire CRISPR-Cas system into a benevolent virus (yes, those exist). Because viruses are extremely efficient at tunneling into cells, they’re the perfect carriers to ferry the gene editing system inside cells. But like a Smart Car, viral carriers also have limited capacity. Most Cas proteins tax their load, making the delivery process less efficient than possible.

The Name Is Phi, Cas Phi

If the classical Cas proteins are tanks, then Cas Φ (pronounced “phi”) is a slinky assassin.

Cas Φ works for a giant virus called bacteriophages. These are viruses that leave us humans alone, but kill off bacteria by injecting their genetic material into bacterial cells. Under the scope, phages look like adorable angular bobble-heads perched on top of a few rickety legs. They belong to a group of viruses dubbed the “Biggiephage” (no joke!).

Yet they pack a serious punch. Last year, study author Basem Al-Shayeb discovered that phages also harbor Cas proteins—similar to the ones bacteria normally use to kill off viruses. It’s the first time anyone’s found virus-killing Cas proteins inside a virus, and—strikingly—they’re extremely compact. They’re also quite capable at chopping up the genetic material of any other invading viruses, so that the phages gain an upper hand at infecting a bacterial cell.

These results spurred the team to ask: if Cas Φ is a tiny, compact killer in disguise in bacteria, does it work in humans as well?

In this new study, the team dug deeper into Cas Φ. Like surgical scissors, these proteins are incredibly streamlined compared to the classical Cas9, yet seem functionally equivalent.

Using a variety of biochemical tools, the team found that Cas Φ could be easily reprogrammed to target other genetic sequences—not just those for other viruses. Because of its tiny size, it could also squeeze into DNA nooks and crannies far too small for previous Cas proteins. Similar to Cas9, it slices and dices DNA, but not RNA, strands.

In immortalized human kidney cells grown in a petri dish, the team found that several versions of Cas Φ, when given a guide RNA, readily chopped up a targeted gene—exactly the way the CRISPR system usually works. The researchers found the same gene-slicing effects in plant cells.

“This study shows that this virus-encoded CRISPR-Cas protein is actually very good at what it does, but it is a lot smaller, about half the size of Cas9,” said Doudna.

The message of the study is that nature has a hell of a lot more to offer. CRISPR was always known as a defense mechanism against viruses. The fact that viruses also harbor a similar mechanism is pretty mind-blowing.

For now, the team hasn’t yet published any data on whether the system works in animals. Crossing the cell-to-animal leap has always been difficult, but with Cas9, Cas12a, and other systems paving the way, it’s not improbable.

If Cas Φ does work in humans, bacteriophages are our new best friend. Phages have already proven to be superheros in battling terrible bacterial infections. The new study suggests that they can also be powerful gene editors, targeting more genes—and hence, potentially, most genetic disorders—in people compared to previous CRISPR formulations.