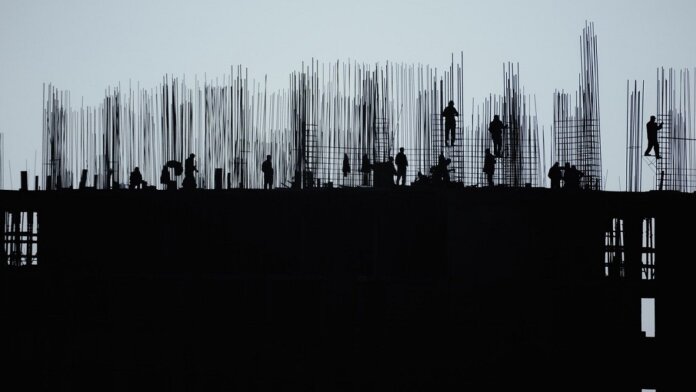 The alarm bell rings. You open your eyes, come to your senses, and slide from dream state to consciousness. You hit the snooze button, and eventually crawl out of bed to the start of yet another working day.

This daily narrative is experienced by billions of people all over the world. We work, we eat, we sleep, and we repeat. As our lives pass day by day, the beating drums of the weekly routine take over and years pass until we reach our goal of retirement.

A Crisis of Work

We repeat the routine so that we can pay our bills, set our kids up for success, and provide for our families. And after a while, we start to forget what we would do with our lives if we didn’t have to go back to work.

In the end, we look back at our careers and reflect on what we’ve achieved. It may have been the hundreds of human interactions we’ve had; the thousands of emails read and replied to; the millions of minutes of physical labor—all to keep the global economy ticking along.

According to Gallup’s World Poll, only 15 percent of people worldwide are actually engaged with their jobs. The current state of “work” is not working for most people. In fact, it seems we as a species are trapped by a global work crisis, which condemns people to cast away their time just to get by in their day-to-day lives.

Technologies like artificial intelligence and automation may help relieve the work burdens of millions of people—but to benefit from their impact, we need to start changing our social structures and the way we think about work now.

The Specter of Automation

Automation has been ongoing since the Industrial Revolution. In recent decades it has taken on a more elegant guise, first with physical robots in production plants, and more recently with software automation entering most offices.

The driving goal behind much of this automation has always been productivity and hence, profits: technology that can act as a multiplier on what a single human can achieve in a day is of huge value to any company. Powered by this strong financial incentive, the quest for automation is growing ever more pervasive.

But if automation accelerates or even continues at its current pace and there aren’t strong social safety nets in place to catch the people who are negatively impacted (such as by losing their jobs), there could be a host of knock-on effects, including more concentrated wealth among a shrinking elite, more strain on government social support, an increase in depression and drug dependence, and even violent social unrest.

It seems as though we are rushing headlong into a major crisis, driven by the engine of accelerating automation. But what if instead of automation challenging our fragile status quo, we view it as the solution that can free us from the shackles of the Work Crisis?

In order to undertake this paradigm shift, we need to consider what society could potentially look like, as well as the problems associated with making this change. In the context of these crises, our primary aim should be for a system where people are not obligated to work to generate the means to survive. This removal of work should not threaten access to food, water, shelter, education, healthcare, energy, or human value. In our current system, work is the gatekeeper to these essentials: one can only access these (and even then often in a limited form), if one has a “job” that affords them.

Changing this system is thus a monumental task. This comes with two primary challenges: providing people without jobs with financial security, and ensuring they maintain a sense of their human value and worth. There are several measures that could be implemented to help meet these challenges, each with important steps for society to consider.

UBI is rapidly gaining support, and it would allow people to become shareholders in the fruits of automation, which would then be distributed more broadly.

UBI trials have been conducted in various countries around the world, including Finland, Kenya, and Spain. The findings have generally been positive on the health and well-being of the participants, and showed no evidence that UBI disincentivizes work, a common concern among the idea’s critics. The most recent popular voice for UBI has been that of former US presidential candidate Andrew Yang, who now runs a non-profit called Humanity Forward.

UBI could also remove wasteful bureaucracy in administering welfare payments (since everyone receives the same amount, there’s no need to prevent false claims), and promote the pursuit of projects aligned with peoples’ skill sets and passions, as well as quantifying the value of tasks not recognized by economic measures like Gross Domestic Product (GDP). This includes looking after children and the elderly at home.

How a UBI can be initiated with political will and social backing and paid for by governments has been hotly debated by economists and UBI enthusiasts. Variables like how much the UBI payments should be, whether to implement taxes such as Yang’s proposed valued added tax (VAT), whether to replace existing welfare payments, the impact on inflation, and the impact on “jobs” from people who would otherwise look for work require additional discussion. However, some have predicted the inevitability of UBI as a result of automation.

Another major component of any society is the healthcare of its citizens. A move away from work would further require the implementation of a universal healthcare system to decouple healthcare from jobs. Currently in the US, and indeed many other economies, healthcare is tied to employment.

Universal healthcare such as Medicare in Australia is evidence for the adage “prevention is better than cure,” when comparing the cost of healthcare in the US with Australia on a per capita basis. This has already presented itself as an advancement in the way healthcare is considered. There are further benefits of a healthier population, including less time and money spent on “sick-care.” Healthy people are more likely and more able to achieve their full potential.

Reshape the economy away from work-based value

One of the greatest challenges in a departure from work is for people to find value elsewhere in life. Many people view their identities as being inextricably tied to their jobs, and life without a job is therefore a threat to one’s sense of existence. This presents a shift that must be made at both a societal and personal level.

A person can only seek alternate value in life when afforded the time to do so. To this end, we need to start reducing “work-for-a-living” hours towards zero, which is a trend we are already seeing in Europe. This should not come at the cost of reducing wages pro rata, but rather could be complemented by UBI or additional schemes where people receive dividends for work done by automation. This transition makes even more sense when coupled with the idea of deviating from using GDP as a measure of societal growth, and instead adopting a well-being index based on universal human values like health, community, happiness, and peace.

The crux of this issue is in transitioning away from the view that work gives life meaning and life is about using work to survive, towards a view of living a life that itself is fulfilling and meaningful. This speaks directly to notions from Maslow’s hierarchy of needs, where work largely addresses psychological and safety needs such as shelter, food, and financial well-being. More people should have a chance to grow beyond the most basic needs and engage in self-actualization and transcendence.

The question is largely around what would provide people with a sense of value, and the answers would differ as much as people do; self-mastery, building relationships and contributing to community growth, fostering creativity, and even engaging in the enjoyable aspects of existing jobs could all come into play.

With a move towards a society that promotes the values of living a good life, the education system would have to evolve as well. Researchers have long argued for a more nimble education system, but universities and even most online courses currently exist for the dominant purpose of ensuring people are adequately skilled to contribute to the economy. These “job factories” only exacerbate the Work Crisis. In fact, the response often given by educational institutions to the challenge posed by automation is to find new ways of upskilling students, such as ensuring they are all able to code. As alluded to earlier, this is a limited and unimaginative solution to the problem we are facing.

Instead, education should be centered on helping people acknowledge the current crisis of work and automation, teach them how to derive value that is decoupled from work, and enable people to embrace progress as we transition to the new economy.

While we seldom stop to think about it, much of the suffering faced by humanity is brought about by the systemic foe that is the Work Crisis. The way we think about work has brought society far and enabled tremendous developments, but at the same time it has failed many people. Now the status quo is threatened by those very developments as we progress to an era where machines are likely to take over many job functions.

This impending paradigm shift could be a threat to the stability of our fragile system, but only if it is not fully anticipated. If we prepare for it appropriately, it could instead be the key not just to our survival, but to a better future for all. 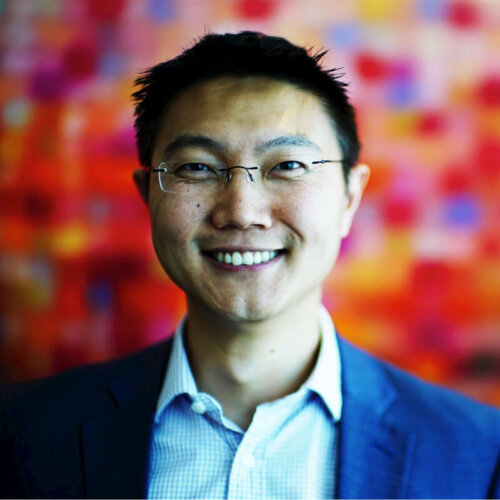 Peter Xinghttps://su.org/about/faculty/peter-xing/
Peter is a keynote speaker and writer on transhumanism and emerging technologies. He is the co-founder of Transhumanism Australia, a community of technologists dedicated to helping society transcend the limitations of our human biology using science and technology. He also works on technology and growth initiatives at KPMG, helping organisations navigate and flourish in these unprecedented times of accelerating change and disruption. Peter is part of the Singularity University Faculty, and works with the SingularityU Australia team as part of the advisory committee. He is also an executive member of Science Party Australia, a political party committed to upholding the scientific method in policymaking.
RELATED