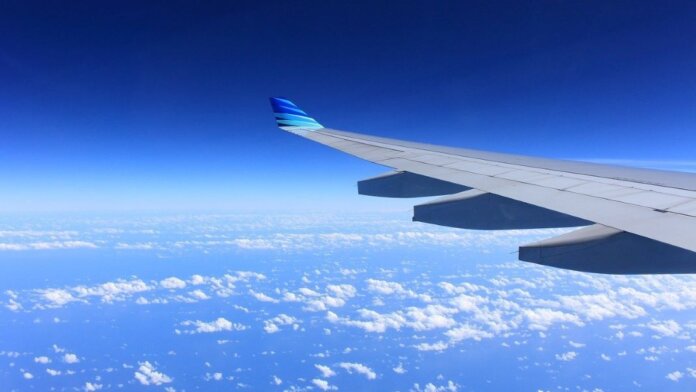 Aviation is a major contributor to climate change, and also one of the hardest sectors to wean off fossil fuels. New research suggests we could reduce the carbon footprint of jet fuel by 165 percent by making it out of food scraps.

Many sectors are making solid progress towards reducing their climate impact. The growing proportion of renewable energy in the grid is reducing reliance on polluting coal and gas plants. And the shift to electric vehicles is cleaning up road transport; their motors are more efficient than internal combustion engines, and can be powered by our increasingly green electricity supply.

But some industries are harder than others to make climate-friendly, including aviation, which accounts for roughly 2.5 percent of global greenhouse gas emissions. Though several groups are working on it, electrification is not currently an option. The careful balance between power and weight required to keep a plane aloft simply doesn’t work with the energy density of today’s batteries.

That’s prompted efforts to find alternative liquid fuels that have similar energy densities to conventional options, but less of an environmental impact. A host of companies are working to develop aviation biofuels, but many of these rely on vegetable oil grown especially for the purpose, and its green credentials are a matter of debate.

Now though, scientists have shown that making jet fuel from food waste could drastically reduce emissions. In a recent paper in PNAS, they show that their fuel meets aviation standards, and they’ve partnered with Southwest Airlines to scale up the process and start flight trials by 2023.

“If our refining pathway is scaled up, it could take as little as a year or two for airlines like Southwest to get the fuel regulatory approvals they need to start using wet waste sustainable aviation fuel in commercial flights,” lead author Derek Vardon said in a press release. “That means net-zero-carbon flights are on the horizon earlier than some might have thought.”

Wet waste like food scraps, animal manure, and waste water sludge are energy-rich, and previous research has shown that they could be converted into volatile fatty acids (VFAs) that can be upgraded into jet fuel. But doing so in a way that would meet strict aviation standards was an unsolved problem.

The new process designed by the researchers uses a catalyst to add extra carbon to the VFA molecules, converting them into paraffin that is essentially identical to that found in standard jet fuel. A mixture of 10 percent bio-paraffin and 90 percent conventional jet fuel met aviation standards, and the team says it’s a promising candidate for fast-track approval.

A life cycle analysis of the new bio-paraffin showed that it had the potential to reduce greenhouse gas emissions by 165 percent compared to standard jet fuel, which is far higher than the 50 to 70 percent reductions achieved by previous bio-jet fuels. The bulk of the emissions reduction came from diverting wet waste from landfills where it breaks down into methane, a potent greenhouse gas.

The researchers also outlined an extra step that could be taken to produce more complex branched molecules called iso-paraffins. These could be mixed in much higher proportions—up to 70 percent—but that would require more extensive testing before it could be approved for commercial use.

On top of bumping up the emissions reductions, the researchers also found that increasing the bio-fuel content to 70 percent reduced the amount of soot produced by up to 34 percent. That’s important because soot helps form contrails, which trap heat in the atmosphere and contribute to climate change.

There are limits on how much of an impact the new fuel could have, though. The total energy content of all the wet waste in the US still only accounts for about 20 percent of jet fuel consumption. And the authors note that tightening rules on landfills and the adoption of alternative disposal practices that reduce methane production, such as composting, could significantly reduce the net emissions reductions achieved with their method.

Nonetheless, finding a way to turn society’s leftovers into a commodity as valuable as jet fuel while significantly slashing its environmental impact is a major breakthrough. The partnerships with major airlines suggest yesterday’s dinner may soon by flying you across the country.