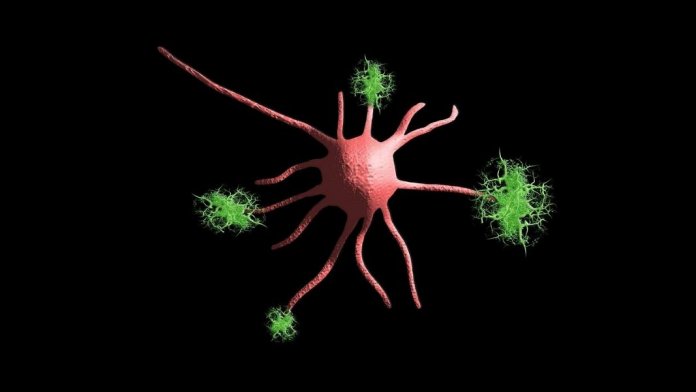 When it comes to Alzheimer’s versus science, science is on the losing side.

Alzheimer’s is cruel in the most insidious way. The disorder creeps up in some aging brains, gradually eating away at their ability to think and reason, whittling down their grasp on memories and reality. As the world’s population ages, Alzheimer’s is rearing its ugly head at a shocking rate. And despite decades of research, we have no treatment—not to mention a cure.

Too much of a downer? The National Institutes of Health (NIH) agrees. In one of the most ambitious projects in biology, the NIH is corralling Alzheimer’s and stem cell researchers to come together in the largest genome editing project ever conceived.

The idea is simple: decades of research have found certain genes that seem to increase the chance of Alzheimer’s and other dementias. The numbers range over hundreds. Figuring out how each connects or influences another—if at all—takes years of research in individual labs. What if scientists unite, tap into a shared resource, and collectively solve the case of why Alzheimer’s occurs in the first place?

The initiative’s secret weapon is induced pluripotent stem cells, or iPSCs. Similar to most stem cells, they have the ability to transform into anything—a cellular genie, if you will. iPSCs are reborn from regular adult cells, such as skin cells. When transformed into a brain cell, however, they carry the original genes of their donor, meaning that they harbor the original person’s genetic legacy—for example, his or her chance of developing Alzheimer’s in the first place. What if we introduce Alzheimer’s-related genes into these reborn stem cells, and watch how they behave?

By studying these iPSCs, we might be able to follow clues that lead to the genetic causes of Alzheimer’s and other dementias—paving the road for gene therapies to nip them in the bud.

The iPSC Neurodegenerative Disease Initiative (iNDI) is set to do just that. The project aims to “stimulate, accelerate, and support research that will lead to the development of improved treatments and preventions for these diseases,” the NIH said. All resulting datasets will be openly shared online, for anyone to mine and interpret.

In plain language? Let’s throw all of our new biotech superstars—with CRISPR at the forefront—into a concerted effort against Alzheimer’s, to finally gain the upper hand. It’s an “Avengers, assemble” moment towards one of our toughest foes—one that seeks to destroy our own minds from within.

Alzheimer’s disease was first recognized in the early 1900s. Ever since, scientists have strived to find the cause that makes a brain waste away.

The most prominent idea today is the amyloid hypothesis. Imagine a horror movie inside a haunted house with ghosts that gradually intensify in their haunting. That’s the amyloid horror—a protein that gradually but silently builds up inside a neuron, “the house,” eventually stripping it of its normal function and leading to the death of anything inside. Subsequent studies also found other toxic proteins that hang around outside the neuron “house” that gradually poison the molecular tenants within.

For decades scientists have thought that the best approach to beat these ghosts was an “exorcism”—that is, to get rid of these toxic proteins. Yet in trial after trial, they failed. The failure rate for Alzheimer’s treatment—so far, 100 percent—has led some to call treatment efforts a “graveyard of dreams.”

A few years ago, two hotshots strolled into town. One is CRISPR, the wunderkind genetic sharpshooter that can snip way, insert, or swap out a gene or two (or more). The other is iPSCs, induced pluripotent stem cells, which are “reborn” from adult cells through a chemical bath.

The two together can emulate dementia 2.0 in a dish.

For example, using CRISPR, scientists can easily insert genes related to Alzheimer’s, or its protection, into an iPSC—either from a healthy donor, or someone with a high risk of dementia, and observe what happens. A brain cell is like a humming metropolitan area, with proteins and other molecules whizzing around. Adding in a dose of pro-Alzheimer’s genes, for example, could block up traffic with gunk, leading scientists to figure out how those genes fit into the larger Alzheimer’s picture. For the movie buffs out there, it’s like adding into a cell a gene for Godzilla and another for King Kong. You know both could mess things up, but only by watching what happens in a cell can you know for sure.

Individual labs have tried the approach since iPSCs were invented, but there’s a problem. Because iPSCs inherit the genetic “baseline” of a person, it makes it really difficult for scientists in different labs to evaluate whether a gene is causing Alzheimer’s, or if it was just a fluke because of the donor’s particular genetic makeup.

The new iNDI plan looks to standardize everything. Using CRISPR, they’ll add in more than 100 genes linked to Alzheimer’s and related dementias into iPSCs from a wide variety of ethnically diverse healthy donors. The result is a huge genome engineering project, leading to an entire library of cloned cells that carry mutations that could lead to Alzheimer’s.

In other words, rather than studying cells from people with Alzheimer’s, let’s try to give normal, healthy brain cells Alzheimer’s by injecting them with genes that could contribute to the disorder. If you view genes as software code, then it’s possible to insert code that potentially drives Alzheimer’s into those cells through gene editing. Execute the program, and you’ll be able to observe how the neurons behave.

The project comes in two phases. The first focuses on mass-engineering cells edited with CRISPR. The second is thoroughly analyzing these resulting cells: for example, their genetics, how their genes activate, what sorts of proteins they carry, how those proteins interact, and so on.

“By engineering disease-causing mutations in a set of well-characterized, genetically diverse iPSCs, the project is designed to ensure reproducibility of data across laboratories and to explore the effect of natural variation in dementia,” said Dr. Bill Skarnes, director of cellular engineering at the Jackson Laboratory, and a leader of the project.

A Hammer Against Alzheimer’s

iNDI is the kind of initiative that’s only possible with our recent biotech boost. Engineering hundreds of cells related to Alzheimer’s—and to share with scientists globally—was a pipe dream just two decades ago.

To be clear, the project doesn’t just generate individual cells. It uses CRISPR to make cell lines, or entire lineages of cells with the Alzheimer’s gene that can pass on to the next generation. And that’s their power: they can be shared with labs around the world, to further home in on genes that could make the largest impact on the disorder. Phase two of iNDI is even more powerful, in that it digs into the inner workings of these cells to generate a “cheat code”—a sheet of how their genes and proteins behave.

Together, the project does the hard work of building a universe of Alzheimer’s-related cells, each outfitted with a gene that could make an impact on dementia. “These types of integrative analyses are likely to lead to interesting and actionable discoveries that no one approach would be able to learn in isolation,” the authors wrote. It provides the “best chance at truly understanding” Alzheimer’s and related diseases, and “promising treatment possibilities.”