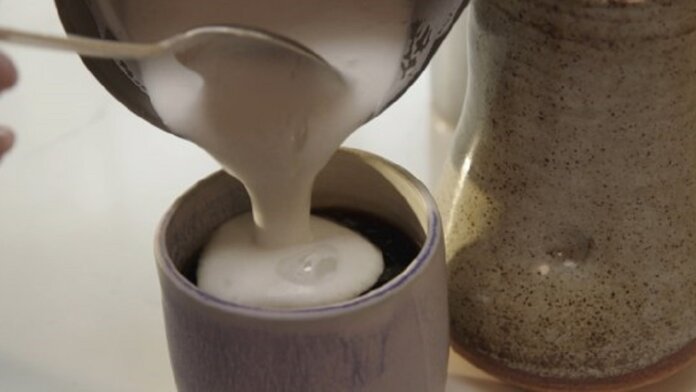 How close can we get to animal products without actually involving animals? Multiple companies are putting this question to the test, whether by producing plant-based “meat” that uses a soy protein to mimic real meat’s texture, or by growing animal cells into meat (or chicken) in bioreactors. Now another animal-free animal product is coming to the market: cow-free milk.

Milk that doesn’t come from a cow isn’t a new idea, of course; note the ever-expanding list of plant-based milks, from almond to soy to coconut and beyond. Even plant-based milk whose goal is to mimic cow’s milk isn’t a new idea; Impossible Foods has been working on their version since 2020. The company significantly grew their research and development team since then, but it seems another player will be first to sell cow-free cow-like milk to consumers.

That player is Betterland Foods, which partnered with California-based startup Perfect Day. Perfect Day makes the proteins found in conventional cow’s milk—namely casein and whey—using precision fermentation. The method is similar to that used with yeast to make alcohol; the proteins are a byproduct of the fermentation process, with a genetically modified microflora (also known as a fungus) being fermented in this case.

Substituting this whey protein for that found in real cow’s milk has several environmental benefits, according to a press release the two companies put out last week: the method’s water consumption is 99 percent less, its greenhouse gas emissions 97 percent less, and its non-renewable energy use 60 percent less.

A cup of Betterland’s milk has the same amount of protein as a cup of real milk, that is, eight grams. The cow-free version also has less fat and sugar, with no cholesterol or lactose. The taste is different, but that’s not necessarily a bad thing, because how many of us over the age of 10 truly enjoy the taste of milk?

Milk’s texture, on the other hand, is key to its versatility, and Betterland focused on replicating that texture as closely as possible. “Our goal for the performance of Betterland milk is to be virtually indistinguishable from cow’s milk in terms of frothing, foaming, cooking, whipping, baking, or steaming,” said Lizanne Falsetto, Betterland founder and CEO.

As it turns out, the whey protein in milk is what enables it to do all these things so well. Using Perfect Day’s bioreactor-grown proteins, Betterland did a year of research and development refining its milk recipe, which includes coconut oil and sunflower oil.

“If you look at milk, there are three big things—there’s the sugar, there’s the fat, and then there’s the protein,” said Perumal Gandhi, cofounder of Perfect Day. “If you look at things like oat milk or soy milk or almond milk, you can use it as a white beverage in your cereal. But if you put it in your coffee, it doesn’t taste the same. It doesn’t give you that foam…the protein gives it most of its functionality. It binds with water, it binds with air, and does the thing that makes milk milk.”

Cow-free milk will be Betterland’s first product to go to market, with two versions hitting store shelves this summer: whole and extra-creamy (which was designed to be used in baking). They’ll be more expensive than traditional milk at first, but the company aims to make the price more competitive over time.