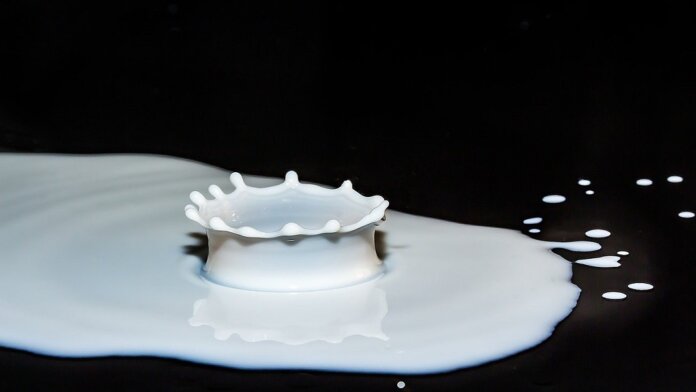 Animal-free foods seem to be steadily growing in popularity. Whether for health reasons or as part of a commitment to the environment, more people are opting to go vegetarian or at least to be mindful about where the meat they eat comes from.

Companies are jumping on board, with the list of animal-free food products in development ever expanding: it started with beef, and has since grown to include steak, pork, and fish, among others (I should note that these products, while “animal-free” in the sense that no living animals are killed or harmed to make them, are produced using real animal cells and therefore not vegetarian). A French company is even building a new factory to mass-produce beetles as a substitute protein source in pet food and fish feed (sheesh—we’re getting really desperate here).

But it’s not just meat that people are quitting. How many times have you sat down to a meal with a friend and suggested ordering, oh, I don’t know—say a gooey, delicious pizza—only to be told by your dining companion that he or she is “trying to eat less dairy.” Sigh.

In keeping with the animal-free foods trend, though, we may soon have a viable substitute for traditional dairy products. California-based food company Impossible Foods (which you may be familiar with thanks to the Impossible burger, now available in Whopper form at your nearest Burger King) announced this week that it’s diversifying its product line with plant-based milk.

But, you may argue, there are already so many plant-based milks! Oat milk. Soy milk. Coconut milk. Almond milk. Cashew milk. Does the world really need to add to this list?

Impossible Foods’ product, though, will be plant-based only in makeup. The company’s scientists will aim to mimic the success of the Impossible burger by making a synthetic milk that looks, tastes, and feels like milk from a cow—no nutty undertones or watery textures here.

The initiative comes at a good time; nixing milk (and all of its delicious permutations) isn’t just for the lactose-intolerant anymore. More and more people are cutting dairy out of their diets because of its inflammatory properties, and it’s off-limits for vegans too.

But can we pause to acknowledge what an enormous loss this entails in terms of the enjoyment of food? Forget milk—what about butter? Ice cream? Cheese?! What sort of life can one live without the joy of cheese?

Yes, there are substitutes. But if you’ve ever had a pizza topped with something called “almond cheese”—yes, it’s what it sounds like: a poor, texture-less imitation of cheese made from almond milk—you know they’re not even in the same ballpark as the real thing.

So we’d welcome a plant-based substitute that manages to duplicate the rich, creamy, melt-in-your-mouth properties of real dairy products. Impossible Foods has already got some competition in this arena, as it were. California-based startup Perfect Day has been working on lab-grown dairy for a few years now, and has made some notable progress.

Namely, the company’s scientists were able to recreate the proteins found in conventional cow’s milk, called casein and whey, through fermentation of a genetically modified microflora. The process is similar to using yeast to make alcohol, with the proteins resulting as a byproduct of the fermentation process.

But these proteins, while crucial, are just a small part of what makes milk taste and feel like milk. Another important piece—and one that will be harder to artificially recreate—is milk fat. How do you integrate milk fat into a synthetic dairy product that can only have plant-based ingredients?

Impossible Foods is a good candidate to rise to this challenge, and the science behind its Impossible burger is proof. As tasty as soy or bean-based burgers can be, they never quite mimic beef burgers in a way that’s even remotely convincing. Impossible Foods changed this; they made their plant-based burger taste and feel like real meat by adding a protein from soybeans called leghemoglobin. Leghemoglobin is chemically bound to a non-protein molecule called heme, an iron-containing molecule that gives red meat its color. By teasing out this key ingredient and figuring out how to derive it from plants, Impossible Foods made a truly unique product.

And the company will be well-equipped to do so again: this week they announced plans to double the size of their research and development team in the next year. They also launched a project they’re calling “Impossible Investigator” to attract top scientists from other countries, companies, and academia; applicants can propose anything from “short-term strategies to accelerate the optimization of plant-based milk or steak or fish, to longer-term ideas for a vastly improved supply chain of plant proteins and other ingredients, including novel crops and agricultural practices.”

During a demonstration of Impossible Milk, samples of the product were placed alongside various plant-based milks with the aim of showing how much more like cow’s milk the Impossible version looks. When the employee mixed the milk into a cup of hot coffee, it didn’t curdle.

This seems like a promising start. If all goes as planned, it may not be long before you suggest pizza for dinner and instead of shooting down this great idea, your dining partner says, “Sure! Let’s get it with that great Impossible cheese—it’s just like real mozzarella.”