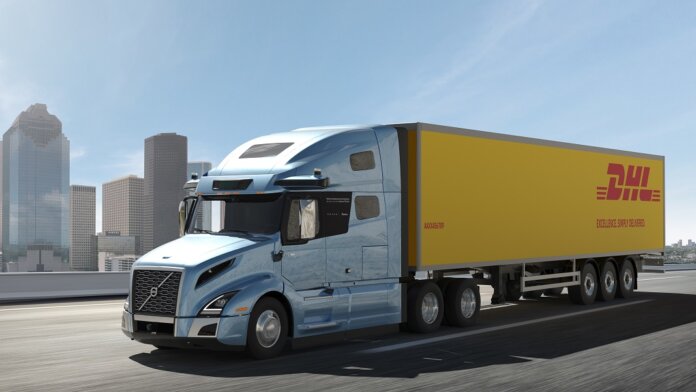 You’ve probably heard the term “the Great Resignation” in the last year or so, as millions of people reportedly quit their jobs during the pandemic. Hospitality was one of the hardest-hit industries, and multiple sectors of the economy felt (and are still feeling) the pain. Trucking wasn’t spared, and it’s been a blow to a crucial piece of the supply chain that was already experiencing labor shortages before the pandemic. Starting salaries for long-haul truckers are as high as $100,000, and even so, companies are having trouble filling cabs.

One solution? Trucks that drive themselves.

Volvo’s Autonomous Solutions (VAS) division announced earlier this month that it will soon launch a hub-to-hub autonomous transport solution in North America. The service has been designed to serve shippers, carriers, logistics service providers, and freight brokers. Logistics provider DHL already signed up to pilot the program in partnership with VAS. The company says it’s working on additional partnerships with customers from other business segments, and will use feedback from pilot program participants to adapt the autonomous service to each segment’s needs.

“Today, the increasing demand for freight is outgrowing capacity and solutions must be bolder, safer, smarter and more sustainable to move the world forward,” said Nils Jaeger, president of Volvo Autonomous Solutions.

VAS worked with driverless hardware and software specialist Aurora Innovation on the driving systems for its trucks, retrofitting long-haul sleeper cabs with the company’s Aurora Driver. Just this week, Aurora announced an expansion of its autonomous freight pilot with FedEx in Texas, adding a new route between Fort Worth, in the state’s northeast, and El Paso, which is southwest right on the border with Mexico. At around 600 miles, the new route more than doubles the distance of the existing route, which ran 240 miles between Dallas and Houston. While the Dallas-Houston route reportedly ran every night, the El Paso-Forth Worth route will run once a week.

Autonomous trucks have increasingly been taking to the roads over the last couple years, with Texas emerging as the epicenter of driverless trucking thanks to its mild weather, extensive highway network, and comparatively lax regulatory environment. Though they’re already being called “driverless” or “autonomous,” the trucks do still have safety drivers on board who take over for non-highway driving, and they’ll likely continue to have them for the foreseeable future. But the self-driving software will eventually reach a level of sophistication that allows a driver to nap for a few hours during long stretches of highway, thus enabling longer uninterrupted mileage—or at least, that’s the goal.

Given the supply chain backups and labor shortage issues we’re seeing right now, solutions like this will not only be welcome, but necessary to keep the gears of the logistics and shipping industries grinding—and to get you your packages on time, stock your supermarket’s shelves with fresh produce, and get that furniture you ordered months ago to your door sooner rather than later.

Sasko Cuklev, head of on-road solutions for Volvo Autonomous Solutions, said, “We are built on the conviction that we can address the constraints the transportation industry faces and contribute to building a better society by offering scalable, autonomous freight capacity that can unlock new ways to move goods.”