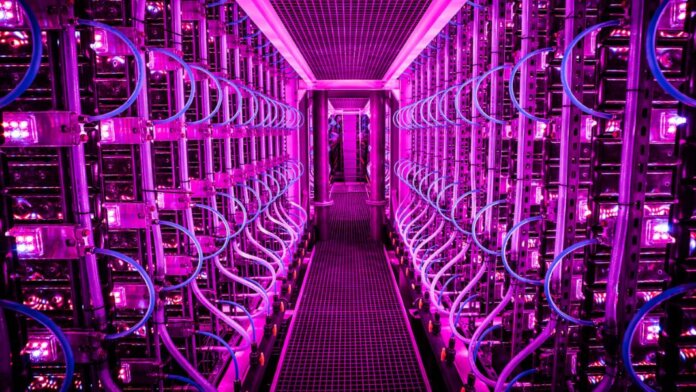 Vertical farms are popping up everywhere from Pennsylvania to Dubai, most of them growing some sort of leafy green (and one growing mushroom fungus!). A farm in Iceland has taken a different direction, both in terms of what it grows and how it’s growing it. Vaxa Technologies is cultivating spirulina algae indoors, and a new study found that its process is carbon-neutral and emissions-free.

Maybe, like me, you’ve heard of spirulina and vaguely know it’s good for you, but aren’t quite sure what it is or where it comes from. It’s a blue-green algae that grows naturally in oceans and salty lakes. Its name comes from its shape: it grows in microscopic spirals that stick together, making it easy to harvest. Its taste is milder and less fishy than other types of algae, and it contains nutrients like calcium, iron, magnesium, potassium, and sodium, as well as amino acids and protein.

Vaxa is using its spirulina to make products for people as well as products for fish. On the people side, they’re making nutrient supplements, natural colorants, and protein drop-ins for meat substitutes. For fish, the company is partnering with hatcheries to provide a year-round supply of microalgae that it claims will increase yields.

A study published earlier this month in Marine Biotechnology found that Vaxa’s growing process is carbon-neutral. The study was led by a researcher affiliated with Cambridge University’s Global Food Security Research Center. A big part of what enables the carbon-neutral designation is the farm’s location and energy source; it’s located on the site of Hellisheiði Power Station in south-western Iceland, the third-largest geothermal power plant in the world.

Sitting on a lava plateau, the facility has an output of 303 megawatts of electricity and 400 megawatts of thermal energy. In addition to electricity, Vaxa uses carbon emissions and warm water (which are considered byproducts or waste outputs) from the power plant in its algae-growing process.

Let’s be honest, though—it’s great that algae’s so planet-friendly, but a side-by-side comparison of algae and beef doesn’t make a lot of sense; one is a several-hundred-pound animal that takes years to grow and requires tons of food and water to raise, and the other is a cyanobacteria that anyone can grow in a tank at home in three to six weeks (admittedly, this difference in turnover and resource use is the researchers’ whole point).

As much as the idea of replacing burgers and steaks with green goo may sound appealing to some (I’m not sure who, but some), it’s a stretch; even plant-based meat that’s engineered to look, feel, and taste like the real thing isn’t quite a sufficient substitute for the actual real thing.

A more apt comparison is between vertically-farmed algae and algae grown in the traditional way, that is, in outdoor ponds. The pond method uses much more water, obviously, and it requires fertilizer and heavy equipment for processing; that adds up to higher emissions, even though algae takes in CO2 as it grows.

But in addition to decreased resource usage, vertically-farmed algae has a couple other advantages over natural algae. For one, there’s no risk of heavy metal absorption since the water supply is closely controlled. Also, engineers can easily adjust the indoor algae’s environment to tweak its characteristics; using a certain wavelength of light, for example, causes the algae to produce a form of vitamin B12 that’s easier for humans to digest than the natural variety.

Now they just have to find people—or fish—who want to eat that much algae.