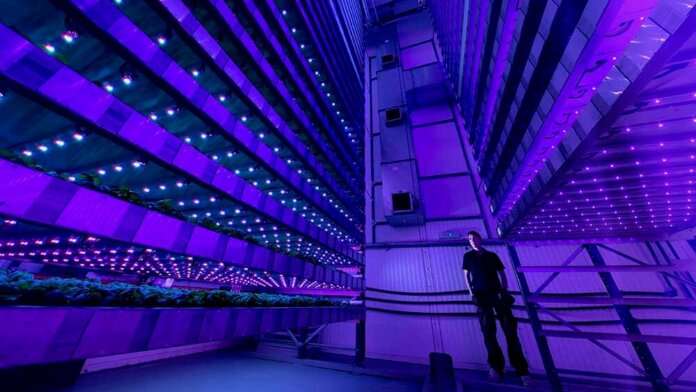 A few years ago, most of the vertical farms being built were for growing leafy greens. Since then, the technology has not only scaled, with each new farm seemingly out to top the square footage of its predecessors—it’s also expanded its repertoire, with everything from algae to mushroom roots being grown indoors under LED lights. Now there’s another, somewhat unexpected, item being added to this list: trees.

The Scottish government’s forestry agency is aiming to grow and nurture millions of saplings indoors before transferring them to the wild. It’s not alone in its ambition to re-green its land; countries, companies, and non-profits around the world have been pledging to plant millions or even billions of trees as a way to combat climate change. Ethiopia set a record when it planted an estimated 350 million trees in one day in 2019.

Trees are wonderful things, as you probably know. Besides being beautiful, they’re also nature’s original carbon capture tool, drawing CO2 from the air through photosynthesis and using it to produce the carbon-based sugars they need to grow. Every part of a tree stores carbon: roots, trunk, branches, and leaves.

When it comes to planting trees, though, simply scattering millions of seeds isn’t going to do the trick, as there are all sorts of factors that can prevent a seed from germinating and growing into a full-fledged tree. Hence the strategy Forestry and Land Scotland (FLS) wants to use: plant saplings, not seeds, and crank those saplings out faster than nature could. In the wild, wrote Severin Carrell in The Guardian, it would take about 18 months to grow a tree seedling 40 to 50 millimeters, while in a vertical farm it can take as little as 90 days.

Not just any vertical farm, though. The technology for the FLS initiative is coming from an Edinburgh-based company called Intelligent Growth Solutions (IGS), which makes modular, scalable vertical farming systems it calls Growth Towers.

Each tower is nine meters (29.5 feet) tall, provides up to 350 square meters (over 3,700 square feet) of growing space, and is packed with buzzword-y tech features like machine learning, robotics, sensors, cameras, and automation. In fact, crops at the company’s demonstration farm in Invergowrie, Scotland, are remote-controlled and run by robots from seeding to packaging; humans only need to enter the towers for maintenance.

“Growth recipes” tailored to the phases of plants’ development help save electricity by generating only the wavelengths of light the plants need at the time they need them. A low-voltage power distribution system cuts energy costs. Cameras keep a watchful eye on plants, recording time-lapse photography and using AI to compare it to reference images, thus ensuring growth is progressing as intended.

IGS says the precision of its system results in crop cycles that are 30 to 50 percent faster than traditional growth methods. With the growth towers it wants to use, FLS is estimated to be able to grow three million seedlings at a time. The agency wants to grow and plant several different tree species, including conifers like spruce and pine as well as oak, alder, and birch.

FLS has grown several batches of vertically-farmed saplings as a proof of concept, which are now maturing in open-air nurseries before being transferred to their permanent home in the Scottish Highlands. The agency is seeking approval from the Scottish government to purchase an IGS growth tower, enabling it to grow millions more trees with the vertical farming technology.

In 2019 the UK government pledged to plant 30,000 hectares (115.8 square miles) of new forests by the end of 2024, but they’re looking unlikely to meet that target. Nevertheless, after thousands of years of decimating forests, it’s now possible for us to become the first generation of humans that expands them. But it’s going to take some serious strategizing, dedication, and technology; and it seems vertical farming could be a valuable ingredient in the recipe for global re-forestation.