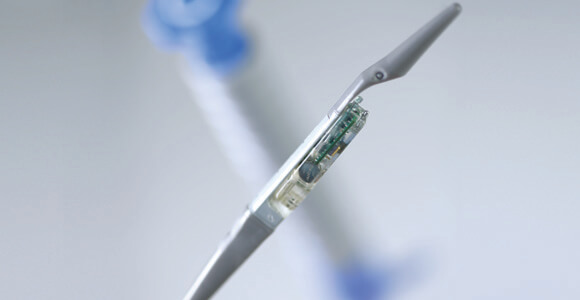 Medicine is more an art than a science, doctors are the first to admit, not just because so much remains unknown about the human body, but also because patients often fail to provide relevant details or follow the doctor’s orders. Which explains the strong appeal of digitizing pills so that they register when the patient takes them and including Internet-enabled medical sensors in medical devices.

But how can we safely power electronic technology inside the body? A number of researchers are aggressively seeking answers to that question. For instance, Singularity Hub has covered an electronic pill that, when activated by stomach acid, generates enough power to signal an external device that then registers that the pill has been taken.

“While the sophistication of implants [such as biosensors, controlled release systems, and tissue stimulation devices] has increased over recent years, there are many persistent challenges that may limit the prospective impact of permanent implantable device-based therapies. These include risk of infection, chronic inflammation, and costly surgical procedures,” Bettinger told Singularity Hub in an email interview.

In a recent paper published in Proceedings of the National Academy of Sciences, Bettinger documents that an edible battery made from the pigment of cuttlefish — sea creatures related to squid — can discharge 10 microamperes of electricity for a period of five hours, with an ideal performance of 24 hours, as long as something ingested is likely to remain in the body.

More such batteries could be produced cost-effectively partly because the melanin “ink” requires minimal processing, according to the paper.

So what exactly would the flexible, edible batteries power? 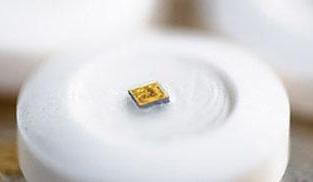 In addition to notifying doctors that pills have been taken, smart pills can make it possible for patients to take certain medications orally which must currently be injected because they’re destroyed by stomach acid. Common treatments for osteoporosis and arthritis, for instance, must be injected. A smart device can protect the medication until it has passed through the stomach and release it in the intestine.

Some implants are also meant for temporary use. A tissue stimulator may only need to work for a short time; a biodegradable product would free the patient from additional surgery to remove the device. Doctors have already implanted smart stents and and had patients swallow cameras that search their digestive tracks for cancer. With biodegradable versions, both patient and doctor could forget about the devices once the data was retrieved.

Semi-permanent devices including cardiac pacemakers and newer brain implants to combat the effects of epilepsy and Alzheimer’s also run on batteries, and battery life determines how often they must be surgically replaced.