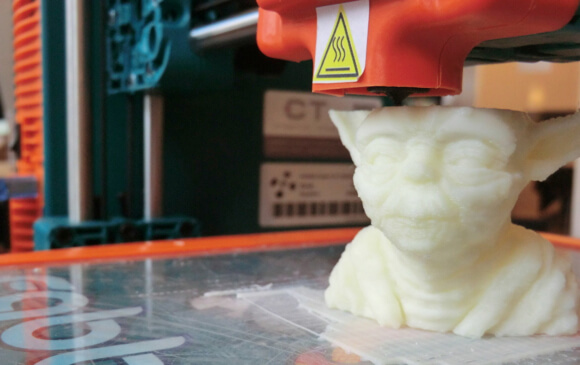 Not to be outdone, massive online retailer Amazon dedicated an online storefront to 3D printers and supplies. And most recently, the firm added another storefront selling 3D printed products—bobbleheads, jewelry, smartphone cases.

Last year, Jeff Bezos said Amazon might one day offer same-day drone delivery. Members of Amazon Prime can now stream TV shows, movies, and music. And not long ago, the firm unveiled their very own smartphone. So why not 3D printing too?

To be clear, Amazon isn’t fully getting into the 3D printing business. Not yet at least. Opening digital storefronts isn’t resource intensive, and in this case, the 3D printing store is a sort of middle man between customers and existing 3D printing services. Sculpteo, Mixee Labs, and 3DLT, for example, will fulfill orders.

That said, Amazon’s customer base is wide and deep. Its 3D printing store may bring increased awareness of the technology itself, further spreading it beyond makers and technophiles to the mainstream audiences 3D printing services have yet to tap. 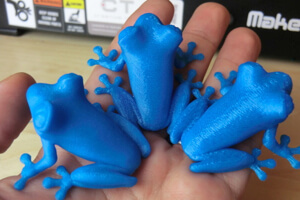 Beyond pure curation, Amazon is also offering customization for some of the store’s products. The ‘Create Your Own’ line uses an in-screen 3D modeling widget. Users can tweak a few categories to make the item their own, but the customization is necessarily limited by the widget’s simplicity.

Such widgets may allow for customization of any product in the future. But generally, it’s still early days for consumer 3D printing. Though the technology itself sparks the imagination, 3D-printed consumer products often fail to impress.

The least compelling products are all the little plastic doodads, fun for a second, but pretty much the same as injection molded plastic doodads—only more expensive. And materials are still an issue. 3D printed products will attract more demand when they aren’t limited to plastic. Currently, you’ll pay the price for anything else.

Take for example, the $50 2” bronze-infused stainless steel dog tag. It’s customizable, but then, traditional dog tags are too. The embossing doesn’t look quite as good, but regular old, custom stainless steel tags cost $10. And even the plastic items aren’t exactly cheap—$50 for a 3D-printed coffee mug sleeve.

By far and away the best stuff is art and jewelry. Designs that would be difficult or impossible to fabricate by hand are printed with ease, straight from the artist’s imagination. But if the artist does their job, there’s less need to customize, and the value add is more clearly due to an original design that may not otherwise have been made manifest.

Like in robotics, for now a distinction needs to be made between 3D printing’s cost and capability in an industrial setting and in a consumer setting.

For industrial design and prototyping? 3D printing has a long track record and is already successful, widespread, and capable of introducing great efficiencies. The technology is beginning to infiltrate actual manufacturing processes too.

Consumer 3D printing isn’t nearly as mature, but a few trends may narrow the gap in coming years. The first is related to Amazon’s new store. Wider awareness of the technology’s potential will drive interest, investment, and innovation. These, in turn, should result in continued falling prices, rising quality, and materials diversification.

There’s a fine line between hype and fascinated excitement in the tech world. Between now and 3D printing’s consumer products coming of age, expect a popular backlash or two as current capability clashes with promised potential. However, though we don’t have desktop replicators yet—there’s no particular reason we won’t ever have them.