There’s an ancient Indian tale about a ruler who offered the inventor of chess any gift he desired. The sage gestured to a chessboard, “I’ll have one grain of rice in the first square, two grains in the second, four in the third, and so on, until the end.”

The ruler, little schooled in mathematics, granted the sage’s wish and was promptly bankrupted. The required rice would have encompassed all the kingdom’s and far more. Why? 64 linear steps get you to 64—but 64 doublings to 18 quintillion.

That ancient Indian ruler may have been one of the first leaders to have his organization disrupted by the power of an exponential trend. But he wasn’t the last. Many business leaders, policymakers, and entrepreneurs still fail to think exponentially. And yet, never has the skill been as critical to successfully planning for the future. 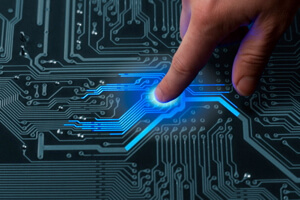 “Each of your smartphones is more powerful than the fastest supercomputer in the world of 20 years ago,” says Kathryn Myronuk, Singularity University’s synthesis and convergence faculty lead. “The cost of getting the genome sequenced used to be the equivalent of buying a football team, but now it’s a good seat at the World Cup.”

With information technologies growing at an accelerating pace—the disruptive power of the exponential is infiltrating more industries.

And as the cost of powerful technologies plummets, you no longer have be a giant organization to do big things. Small teams of individuals are harnessing technology to create billion-dollar enterprises, not in a decade—but half that time or less.

Instagram was acquired for $1 billion the same year photography giant Kodak filed for bankruptcy. This year, five-year-old WhatsApp was acquired by Facebook for $19 billion, and the still-fledgling virtual reality firm Oculus went for $2 billion.

“We’re living in a world where a couple of guys or gals in a garage can touch a billion people—and it’s never been like that before,” says Peter Diamandis, Singularity University cofounder and executive chairman and chairman and CEO of XPRIZE.

For leading executives and entrepreneurs, grasping the accelerating pace of technology could be the difference between disrupting the competition or being disrupted by it.

Singularity University’s Summit Europe (Amsterdam, November 19-20) will convene its faculty of thought leaders with Europe’s top entrepreneurs, executives, and policymakers to explore the world of accelerating progress and discover the ideas and technologies poised to disrupt business and change the planet—even sooner than you think.

Over the course of a packed two days, Summit Europe participants will learn from leading thinkers and doers how robotics, artificial intelligence, biotechnology, and nanotechnology will transform medicine, manufacturing, transportation, and more.

Industrial robots are evolving from automatons requiring precisely pre-programmed conditions to machines operating in unpredictable environments. The convergence of artificial intelligence, sensors, and automated machines is resulting in affordable personal drones, the promise of drone delivery, and self-driving automobiles. 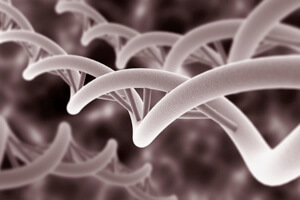 Emerging technologies are also improving how we understand, maintain, and care for the most important machines of all—our bodies.

Earlier this year, genomic sequencing firm, Illumina, announced that their latest sequencer could transcribe 18,000 human genomes a year at $1,000 each. The cost, once in the hundreds of millions per genome, has declined far faster than Moore’s Law.

Illumina thinks 228,000 genomes will be sequenced this year, and the rate will double annually, hitting 1.6 million in 2017.

According to Raymond McCauley, biotechnology and bioinformatics chair at Singularity University, genomic sequencing may cost only a few pennies by 2020. With the right analytics in place, we’ll be able to diagnose disease much earlier, rendering treatments more effective, and transforming modern medicine from reactive to predictive.

These are just a few examples of the topics covered at Summit Europe—participants will also learn about robotic exoskeletons; regenerative medicine using stem cells and 3D printed tissues and organs; lab-on-a-chip diagnostics; cutting edge artificial intelligence and machine learning; and the powerful convergence of these technologies.

Also, although the future is bright, it won’t be without challenges. How will we manage security and privacy; regulate technology without halting progress; and make ethical choices while remaining open minded?

Join the conversation with experts thinking deeply about these challenges at Summit Europe.

Participants will also hear startup pitches, experience emerging technologies hands-on, and connect with other talented and driven individuals. The event aims to attract 900 executives and entrepreneurs spanning industries, experience, and expertise. This intermingling of diverse backgrounds has been known to yield great new ideas and ventures.

Summit Europe will be held at the DeLaMar Theater in the heart Amsterdam—one of the hottest startup capitals in Europe. The DeLaMar is among the newest and most modern event locations in the Netherlands. Its open spaces offer good flow and connection along with multiple bars and areas for demos and and breakout sessions.

The pace of progress is accelerating. As Peter Diamandis says, “The only constant is change.”

Will you disrupt or be disrupted? Learn the territory, start the conversation, make stimulating and productive connections, and begin to shape the future this November 19-20 at Summit Europe, Amsterdam.