Why Gene Silencing Could Launch a New Class of Blockbuster Drugs 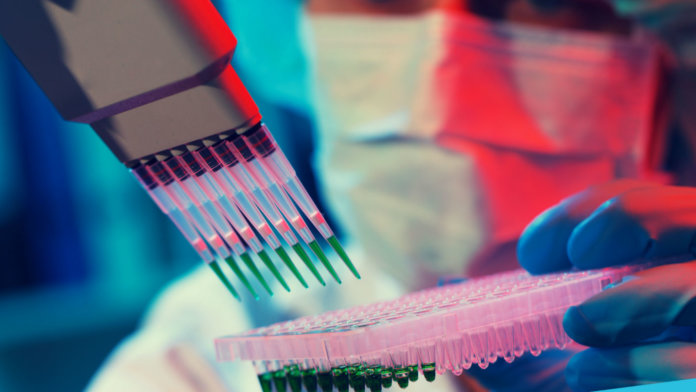 Long before CRISPR, there was gene silencing.

Ever since the Human Genome Project transcribed our genetic bible in 1997, scientists have dreamt of curing inherited diseases at the source. The first audacious idea? Shoot the messenger.

Unlike CRISPR, which latches onto a gene and snips it out, gene silencing leaves the genome intact. Rather, it targets another molecule—RNA—the “messenger” that shuttles DNA instructions to the cell’s protein-making factory.

The idea is extremely elegant in its simplicity: destroy RNA and nix mutant proteins before they’re ever made.

If realized, this new class of drugs could overhaul modern medicine. Over 85 percent of proteins in the body can’t be targeted with conventional chemical drugs. Gene silencing opens up an enormous portion of the genome to intervention. They may easily be the next great class of drugs—or even the future of medicine.

Yet what followed the initial wave of excitement was two decades of failed attempts and frustration.

Pharmaceutical companies pulled out. Investment funding dried up. Interest moved to CRISPR and other gene editing tools. For a while, it seemed as if gene silencing was slowly being relegated to the annals of forgotten scientific history. Until now.

Last month, Ionis Pharmaceutical announced positive results for a groundbreaking gene silencing trial for Huntington’s disease. The drug, an anti-sense oligonucleotide (ASO), successfully lowered the levels of a toxic protein in the brains of 46 early-stage patients.

This is huge. For one, it’s a proof-of-concept that gene silencing works as a therapeutic strategy. For another, it shows that the drug can tunnel through the notorious blood-brain barrier—a tight-knit wall of cells that blocks off and protects the brain from toxic molecules in the body.

The trial, though small, once again piqued big pharma’s interest. Roche, the Swiss pharmaceutical giant, licensed the drug IONIS-HTTRX upon seeing its promising results, shelling out $45 million to push its development down the pipeline towards larger trials.

If replicated in a larger patient population, this is the breakthrough in Huntington’s disease.

“For the first time a drug has lowered the level of the toxic disease-causing protein in the nervous system, and the drug was safe and well-tolerated,” says Dr. Sarah Tabrizi, a professor at University College London (UCL) who led the phase one trial. “This is probably the most significant moment in the history of Huntington’s since the gene [was isolated].”

But perhaps more far-reaching is this: Huntington’s disease is only one of many neurodegenerative disorders of the brain that slowly kill off resident neurons. Parkinson’s disease, amyotrophic lateral sclerosis (Lou Gehrig’s disease), and even Alzheimer’s also fall into that category.

None of these devastating diseases currently have a cure. The success of IONIS-HTTRX now lights a way. As a gene-silencing ASO, the drug is based on a simple Lego-like principle: you can synthesize similar ASOs that block the production of other misshapen proteins that lead to degenerative brain disorders.

To Dr. John Hardy, a neuroscientist at UCL who wasn’t involved in the study, the future for gene silencing looks bright.

“I don’t want to overstate this too much,” he says, “but if it works for one, why can’t it work for a lot of them? I am very, very excited.”

A Roadmap for Tinkering With Genes

ASOs may be the wild new player within our current pharmacopeia, but when it comes to genetic regulation, they’re old-school.

Lessons learned from their development will no doubt help push other gene silencing technologies or even CRISPR towards clinical success.

Within every cell, the genes encoded in DNA are “translated” into copies of RNA molecules. These messengers float into the cell’s protein-making factory, carrying in their sequence (made out of the familiar A, G, C, and curious U) the coding information that directs which proteins are made.

Most of our current pills directly latch onto proteins to enhance or block their function. ASOs, on the other hand, work on RNA.

In essence, ASOs are short strands of DNA not unlike the genomic data present in your body. Scientists can engineer ASO sequences that latch onto a specific RNA molecule—say, the one that makes the mutant protein mHtt that leads to symptoms of Huntington’s disease.

ASOs are bad news for RNA. In some cases, the ASO jams the messenger from delivering its genetic message to the cell’s protein factory. In others, the drug calls a “scissor-like” protein into action, causing it to chop up the target RNA. No RNA, no mutant protein, no disease.

While the biology is solid, a surprising roadblock tripped scientists up for decades: getting ASO molecules inside the cell and nucleus, which harbors the cell’s genetic material.

In short, “naked” ASOs are the body’s prime target. Blood factors chew them up. Kidneys spit them out. Even when they manage to tunnel into the right organ, they may get directed to the cell’s waste disposal system and disintegrate before they have a chance to do their magic.

What’s more, in some cases ASOs are confused with viruses by the body’s defense system, which leads to a double whammy: not only does the drug get eaten up, the body also generates an immune response, which in some cases could be deadly.

If these troubles sound familiar, you’re right: they’re remarkably similar to the ones that CRISPR has to tackle. But IONIS-HTTRX, in its success, offers some important tips to the newcomer.

For example, covering up “trouble spots” on the drug that stimulate the immune response helps calm the body down—a strategy CRISPR scientists are likely to adopt given that a recent study found signs of antibodies against the technology’s major component, Cas9.

A True Breakthrough for Huntington’s

IONIS-HTTRX signals a potential new age for tackling devastating brain disorders. But broad impacts aside, for patients with Huntington’s disease, the success couldn’t have arrived sooner.

“This is a very exciting day for patients and families affected by this devastating genetic brain disorder. For the first time we have evidence that a treatment can decrease levels of the toxic disease-causing protein in patients,” says Dr. Blair Levitt at the University of British Columbia, who oversaw the Canadian portion of the study.

A total of 49 early-stage Huntington’s patients across nine centers in the UK, Germany and Canada participated in the study. Each patient received four doses of the drug or placebo through a direct injection into their spine to help IONIS-HTTRX reach the brain.

Not only was the drug well-tolerated and safe, it lowered the levels of the mutant protein in the spinal fluid. The effect was dose-dependent, in that the more drugs a patient received, the lower level of toxic protein was found.

“If I’d have been asked five years ago if this could work, I would have absolutely said no. The fact that it does work is really remarkable,” says Hardy.

That said, the drug isn’t necessarily a cure. A patient would have to receive a dose of drug every three to four months for the rest of their lives to keep symptoms at bay. While it’s too early to put a price sticker on the treatment, the number could be in the hundred thousands every year.

A major step going forward is to see whether the drug improves patients’ clinical symptoms. Roche is on it—the company is throwing in millions to test the drug in larger trials.

In the meantime, participants from the safety trial are given the option to continue drug treatment, and this extension trial is bound to give scientists more insights.

Although this isn’t the first gene-silencing drug that has been shown to be successful, it is the first drug that tackles an incurable disease in the brain.

It’s a glimpse into a profound future—one where broken brains can be mended  and lives can be saved, long before the first signs of disease ever manage to take hold.