$10 million XPRIZE Aims for Robot Avatars That Let You See, Hear, and Feel by 2021 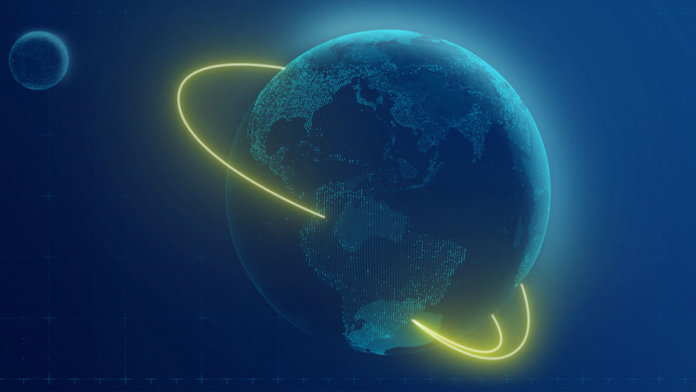 Ever wished you could be in two places at the same time? The XPRIZE Foundation wants to make that a reality with a $10 million competition to build robot avatars that can be controlled from at least 100 kilometers away.

The competition was announced by XPRIZE founder Peter Diamandis at the SXSW conference in Austin last week, with an ambitious timeline of awarding the grand prize by October 2021. Teams have until October 31st to sign up, and they need to submit detailed plans to a panel of judges by the end of next January.

The prize, sponsored by Japanese airline ANA, has given contestants little guidance on how they expect them to solve the challenge other than saying their solutions need to let users see, hear, feel, and interact with the robot’s environment as well as the people in it.

XPRIZE has also not revealed details of what kind of tasks the robots will be expected to complete, though they’ve said tasks will range from “simple” to “complex,” and it should be possible for an untrained operator to use them.

If any of the teams succeed, the technology could have myriad applications, from letting emergency responders enter areas too hazardous for humans to helping people care for relatives who live far away or even just allowing tourists to visit other parts of the world without the jet lag.

“Our ability to physically experience another geographic location, or to provide on-the-ground assistance where needed, is limited by cost and the simple availability of time,” Diamandis said in a statement.

“The ANA Avatar XPRIZE can enable creation of an audacious alternative that could bypass these limitations, allowing us to more rapidly and efficiently distribute skill and hands-on expertise to distant geographic locations where they are needed, bridging the gap between distance, time, and cultures,” he added.

Interestingly, the technology may help bypass an enduring hand break on the widespread use of robotics: autonomy. By having a human in the loop, you don’t need nearly as much artificial intelligence analyzing sensory input and making decisions.

Robotics software is doing a lot more than just high-level planning and strategizing, though. While a human moves their limbs instinctively without consciously thinking about which muscles to activate, controlling and coordinating a robot’s components requires sophisticated algorithms.

The DARPA Robotics Challenge demonstrated just how hard it was to get human-shaped robots to do tasks humans would find simple, such as opening doors, climbing steps, and even just walking. These robots were supposedly semi-autonomous, but on many tasks they were essentially tele-operated, and the results suggested autonomy isn’t the only problem.

There’s also the issue of powering these devices. You may have noticed that in a lot of the slick web videos of humanoid robots doing cool things, the machine is attached to the roof by a large cable. That’s because they suck up huge amounts of power.

Possibly the most advanced humanoid robot—Boston Dynamics’ Atlas—has a battery, but it can only run for about an hour. That might be fine for some applications, but you don’t want it running out of juice halfway through rescuing someone from a mine shaft.

When it comes to the link between the robot and its human user, some of the technology is probably not that much of a stretch. Virtual reality headsets can create immersive audio-visual environments, and a number of companies are working on advanced haptic suits that will let people “feel” virtual environments.

Motion tracking technology may be more complicated. While even consumer-grade devices can track peoples’ movements with high accuracy, you will probably need to don something more like an exoskeleton that can both pick up motion and provide mechanical resistance, so that when the robot bumps into an immovable object, the user stops dead too.

How hard all of this will be is also dependent on how the competition ultimately defines subjective terms like “feel” and “interact.” Will the user need to be able to feel a gentle breeze on the robot’s cheek or be able to paint a watercolor? Or will simply having the ability to distinguish a hard object from a soft one or shake someone’s hand be enough?

Whatever the fidelity they decide on, the approach will require huge amounts of sensory and control data to be transmitted over large distances, most likely wirelessly, in a way that’s fast and reliable enough that there’s no lag or interruptions. Fortunately 5G is launching this year, with a speed of 10 gigabits per second and very low latency, so this problem should be solved by 2021.

And it’s worth remembering there have already been some tentative attempts at building robotic avatars. Telepresence robots have solved the seeing, hearing, and some of the interacting problems, and MIT has already used virtual reality to control robots to carry out complex manipulation tasks.

South Korean company Hankook Mirae Technology has also unveiled a 13-foot-tall robotic suit straight out of a sci-fi movie that appears to have made some headway with the motion tracking problem, albeit with a human inside the robot. Toyota’s T-HR3 does the same, but with the human controlling the robot from a “Master Maneuvering System” that marries motion tracking with VR.

Combining all of these capabilities into a single machine will certainly prove challenging. But if one of the teams pulls it off, you may be able to tick off trips to the Seven Wonders of the World without ever leaving your house.