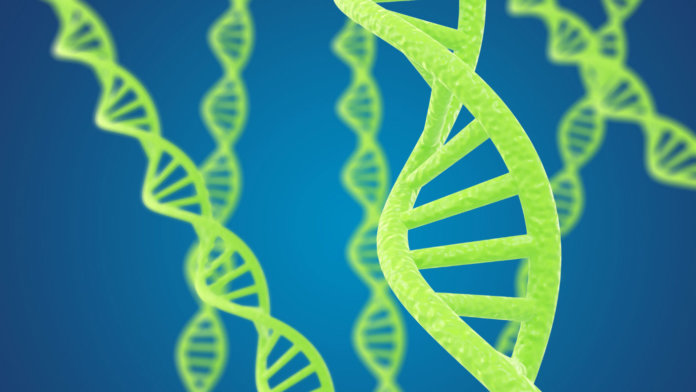 By now, you’ve heard of CRISPR—the bacterial self-defense mechanism that can be used to modify the genome. From “biohackers” building the hype by injecting themselves with CRISPR—and later regretting it—to the more measured, successful approach taken by scientists and startups, people are keen to leverage this new technology to the hilt. In 2016, the funding for synthetic biology startups surpassed a billion dollars for the first time, according to CB Insights.

One of the majestic things about CRISPR is its mode of operation. This essentially consists of a guide RNA containing the sequence of DNA you’re hoping to edit or remove, the DNA you want to replace it with, and Cas9—the protein that slices up the targeted DNA.

It sounds simple enough, but concealed within this mechanism is a truly astonishing search engine for sequences of genetic code. CRISPR can move around the nucleus incredibly quickly, rapidly sampling long sections of DNA to find and edit the DNA that’s paired with its guide RNA.

It’s this aspect of CRISPR that’s the focus of a new startup, Mammoth Biosciences. For them, it’s not about the cut-and-paste potential for DNA. “Control + F is the exciting part,” according to Mammoth co-founder and CEO Trevor Martin.

The concept is pretty simple: take a genetic marker, such as a particular pathogen or a biomarker that indicates leukemia, say. Load the strand of genetic information you’re looking for into CRISPR’s guide RNA, and let CRISPR explore the sample. The CRISPR is attached to “reporter molecules” that fluoresce when the DNA is located and cut, potentially allowing us to see the result of the test with the naked eye. Mammoth says this can be used to detect bacteria, viruses, and even genetic mutations that cause disease, and like many biotech startups, they hope to make diagnosis easier.

According to the company, they’re aiming to make testing strips about the size of a credit card that can detect multiple diseases and be used in hospitals or even at home. All you’d need is one of their detectors and a smartphone app to upload images of the sample for diagnosis. And they identify a plethora of uses for a system that can be quickly modified to detect different sequences of nucleotides—from non-invasive prenatal screening to detecting cancer or infectious diseases early.

Beyond medicine, pathogens that affect crops or contaminate food supplies could be detected rapidly. They even see the potential for their device to be used for biosecurity. If you’re concerned about a new genetically engineered pathogen—or trying to trace the source of an outbreak—the system can be quickly adapted for forensic genotyping. A portable system that could rapidly search for a specific sequence of DNA is likely to be useful for criminal investigators, too. After all, since CRISPR was originally part of a bacterial immune system, this kind of application plays to its strengths: bolstering the immune system of humans, and society at large.

There’s plenty of excitement around this kind of application, and Mammoth, in particular, raised $120,000 last year and an undisclosed amount from a variety of different funding sources in 2018.

Many are likely to be drawn in by the fact the company lists as a director Jennifer Doudna, the co-inventor of CRISPR and a key figure in CRISPR developments from the beginning. Doudna and Emmanuelle Charpentier were the first to suggest the use of CRISPR for genome editing back in 2012, and Doudna has also been actively engaged in the debate surrounding CRISPR ethics.

The idea for Mammoth is likely based on a paper she and her research group published recently in Science, where they demonstrated the use of the fluorescent detection molecules to flag up human papillomavirus (HPV), which can cause cancer. The so-called DETECTR system was capable of finding the most dangerous types of the virus 96% of the time even in this early stage of development. HPV currently requires large screening programs—but if it were possible to screen for the virus at home, using a credit-card sized detector that could cost as little as two dollars, many lives could be saved.

While people—including Doudna herself—might debate the ethics of using CRISPR to modify a human embryo, being able to provide better diagnoses is less controversial.

If the portable screening platform they envisage becomes a reality, it may be possible to perform accurate diagnoses in places without complex medical facilities and infrastructure. Not that any startup is founded for entirely altruistic reasons, regardless of the press coverage: the diagnostics market for cancer alone is estimated to be worth over $230 billion by 2025. And DETECTR has competition—including from a recent study that has outlined diagnostic uses for CRISPR in test-tubes.

Amidst all of the enticing futuristic possibilities new technologies like CRISPR raise, it’s easy to forget that we still live in a world where millions die from preventable and treatable diseases every year. Fast, easily accessible diagnosis of diseases won’t turn us into superhumans. It’ll just make the world a much better place. Isn’t that what technology is for?